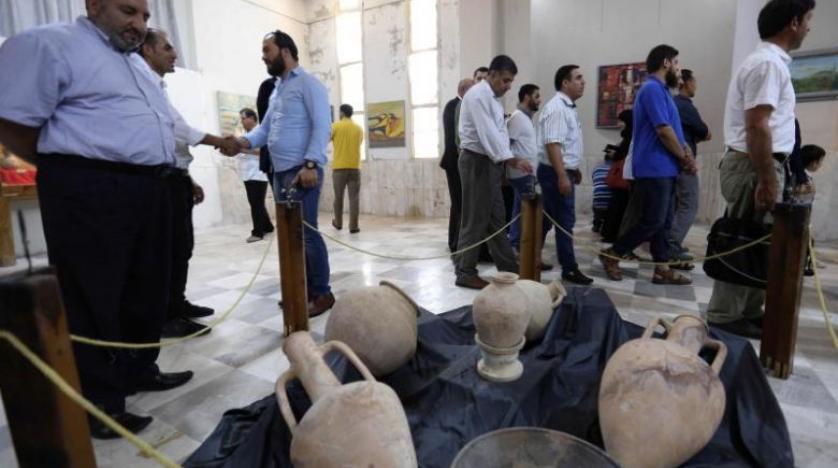 On Monday, an antiquities museum in the opposition-held province of Idleb, said to house one of the world's oldest dictionaries, reopened for the first time in five years, an AFP correspondent said.

Dozens of visitors trickled into the museum in Idleb city to see, what an official said, represented just a fraction of the building's collection.

The Head of Antiquities, Ayman al-Nabu, said the museum had been damaged by airstrikes and looting during Syria's nearly seven-year conflict.

After it was closed in 2013, "we carried out maintenance and rehabilitated the museum to give it new life," he said.

Organizers are planning "visits for a whole new generation of students who have been unable to visit archaeological sites due to the war," he added.

The museum is said to house a collection of clay tablets dating back to 2400-2300 BC, which bear witness to the invention of the first alphabet.

They were discovered at the archeological site of Elba in Idleb province, which was the seat of one of ancient Syria's earliest kingdoms, reported AFP.

Nabu urged UNESCO to help preserve the province’s archaeological sites, adding that archaeology has nothing to do with politics.

On Monday, a man admired clay lamps displayed in a glass cabinet, while a women took a picture with her phone of a collection including a large amphora.

A dark grey statuette stood beheaded on a pedestal in a corner.

Archaeologist Fayez Qawsara said he remembers the museum's opening in 1989.

"I attended the founding of Idleb museum in my youth… and today, after all these dark happenings, the museum is reopening with what remains," he said.

Major historical sites or monuments have been destroyed by fighting during Syria's war, including in the UNESCO-listed world heritage site of Palmyra.

Idleb is the last province in Syria that is still largely under opposition control.

Regime leader Bashar al-Assad has warned that his forces intend to retake the province after his Russia-backed regime seized territory from opposition factions in other parts of Syria.

The war has killed at least 350,000 people and displaced millions more.