The National Coordination Commission for Democratic Change (NCC), Hassan Abdulazim said Monday the group will propose new ideas and to the regional and international participate in proposed international conference to solve the Syrian crisis. 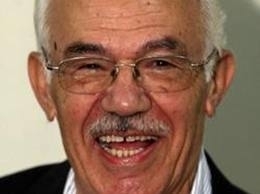 The National Coordination Commission for Democratic Change (NCC), Hassan Abdulazim said Monday the group will propose new ideas and to the regional and international participate in proposed international conference to solve the Syrian crisis.

The head of the National Coordination Commission for Democratic Change (NCC), Hassan Abdulazim said Monday the group will propose new ideas and to the regional and international participate in proposed international conference to solve the Syrian crisis.

Speaking ahead of the proposed conference, he said he considers chances for its success "are very strong," despite obstacles in the form of interference by some regional and Arab countries and because of the extremism of some opposition parties.

In an exclusive interview with Al-Watan, Abdulazim said an International Working Group consisting of the five major powers and permanent members of the U.N. Security Council will attend the conference, alongside Saudi Arabia, Qatar, Kuwait, Iraq and Egypt, which he said has a fundamental role and who's attendance was requested.

Abdulazim said this group all attended Geneva 1, excluding Iran, which was rejected, and Egypt.

He also described the conference as "The last possible chance to solve Syrian crisis, stop the bloodshed and destruction inflicted on the Syrian people."

Abdulazim said "the signs of sectarian conflict, which form a danger to all Syria's neighbors, are why we insist on the success of this conference".

He said he was certain on the success of the conference, saying it was the "necessary and only possible solution for this complex crisis and the only thing that will rescue Syria from all the dangers and obstacles it faces."

He also said the conference "also saves Lebanon, Jordan and Iraq because the repercussions of the crisis have begun to spread to these countries, in a dangerous way that can explode the regional situation."

"I think that the chances for the success of the conference are very strong. The American-Russian agreement will overcome all the hurdles, because America can pressure on its regional and international allies after it has accepted the political solution, while and Russia and China can put pressure on the regime to accept the U.N. resolutions and results of the Geneva negotiations," he said.

"We need to overcome the obstacles in high national spirits. We shouldn’t miss this opportunity and those who do choose to miss this chance will expose Syria to major risks."

The General Coordinator refused to give the names of delegation members who will participate in the international conference, saying that the names will be published on the NCC and other websites.

As for the roadmap the NCC has prepared to solve the crisis, Abdulazim said: "We have provided our vision for the political solution and it has been published. We will also provide a detailed memorandum in which we will cover all the unclear points of the Geneva resolution and introduce some new ideas, visions and work mechanisms to help the international, regional, and Arab participants to reach a political solution before the conference".

Chairman of the Information Office of the NCC Munzer Khadam, meanwhile wrote on his Facebook page that the delegation of the NCC will be headed only by the the General Secretary, and that all members of the executive bureau will form part of the official delegation, pointing out that the NCC has told the conference organizers that it prefers a joint delegation from the opposition attends.