Louay Hussein, the head of an opposition party based in Damascus, tells The Syrian Observer of the need for the opposition to convince loyalists that it will not treat them as the enemy 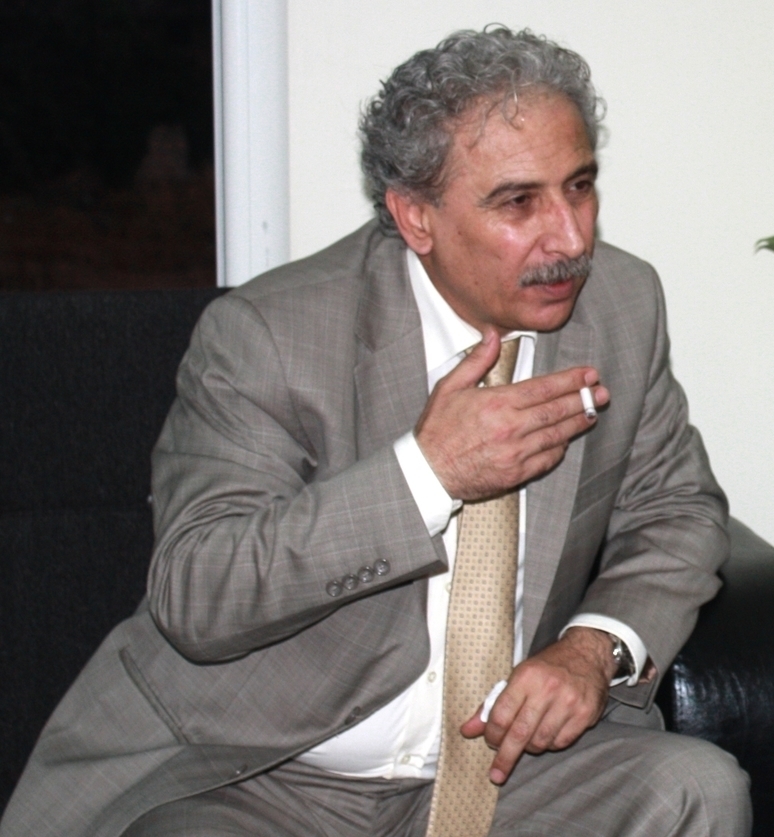 In the first months of the revolution, protesters did not fire a single shot, and Syrians were shot in the chest. Today, the picture has evolved: the revolution has turned into a civil war, and Syria has slowly sunk into a quagmire. Where did the revolution go wrong?

The answer to this question is extremely complicated. This question is critical and fundamental, and it would be difficult to answer it sufficiently. If we could answer it correctly, we might be able, to an extent, to correct some of the mistaken paths we have taken.

Honestly, some people did open fire on regime forces in the first days of the revolution. But most protesters did not engage in any open or serious armed confrontation with the regime. We can say that the first months passed without armed conflict altering the peaceful nature of the uprising. There were more gaps than mistakes in revolutionary strategy. A society that cannot establish any civil activity, political parties, or free media to build a political culture will necessarily improvise in such matters. This is how things go in situations where confrontation takes place amidst extreme violence and a lack of understanding on the part of the authorities in power. These conditions led to mobilization that lacked a clear and effective leadership and was incapable of producing new leadership. Without leadership, the compass guiding mobilization can be lost.

For these reasons, certain regional and Western states intervened directly and indirectly into the path of the uprising without delay. Many activists and political leaders urged people to leave the country to prove that opposition activity is impossible from inside the country, that they could form political bodies to pressure the regime, and that they are able to engage in diplomacy.

The media controlled by these states chose Syrian personalities residing outside of the country and attempted to pass them off as the leaders of the uprising. These personalities disseminated distorted ideas, essays, and news about the nature of the struggle. But the root cause of the crushing of this uprising was the sheer violence that faced the peaceful mobilization from its birth.

It seems that the solution now is farther away than it was at any other time: the Geneva conference has collapsed, the regime is regaining its control over much territory, the Free Syrian Army is collapsing in on itself, the Islamists are becoming more dogmatic, and the Islamic State has become a regional power. Is there still the possibility of a political solution?

When the factions at play truly want things to be resolved politically, there is always the possibility of a political solution. But, really, there are no such factions now. No group participating in the crisis is anticipating having to resort to a political solution meant to end the crisis as quickly as possible, and or even a solution that is grounded in reality and not based on each group’s hopes.

What can (or must) the opposition do, then, to achieve a political solution?

The main problem in the Syrian crisis is the lack of an opposition political power in the true meaning of the expression. It is also difficult to ask the current opposition forces to play a greater role than they are capable of.

Nonetheless, what is demanded of the opposition is to think and act politically. It must work to change the facts on the ground to increase its power and effectiveness. The most important field to work on is the Syrian audience, opposition and loyalist. Then, the opposition must gain the loyalists’ trust that it will not treat them as the enemy.

It seems that the Coalition (which is the internationally recognized representative of the opposition and revolutionary forces) is busy with its own internal problems, entrenching itself, electoral battles, and dividing-up resources. Has the Coalition’s role expired?

This alone is the Coalition’s real role. Its role has not expired simply because it is ineffective or because of its preoccupation with internal matters.

On the other hand, the National Coordination Body for Democratic Change and the internal opposition became more and more vocal in 2011 and 2012…

The expression “the internal opposition” is nothing but a platform devised by Russia to confront the Western states that support the “external” opposition. This “opposition” is lazy, and is satisfied with the position given to it, which has not been proven at all effective. It always needs Russian recognition, and values this over popular recognition. It does not lack things it could be doing.

Where does the Current for Building the Syrian State, which you lead, stand today, politically, organizationally, and societally?

The Current for Building the Syrian State today is better off than it was. It has been able, organizationally, to build youth cadres through training and capacity-building for political and societal work. Thanks to these cadres, it is increasingly capable of direct communication with society through constructive civil activities.

Politically, the Current still receives a certain amount of international respect. It is also respected by all of the local groups, opposition and loyalist. It has reappeared as an effective force with a Syrian point of view. For that reason, people hope that it can offer something substantive. But people fear that it is capable of less than what is expected of it.

The Current for Building the Syrian State was established with a large number of leadership figures from the opposition., but most of your colleagues left the Current, and you remained independent… Was the Current necessary? If so, what made it necessary?

Yes, many of my friends helped establish the Current and then left it. But none of them remained in the country – some died, some where killed, and most fled. The Current was, in essence, a youth movement. They managed to preserve this, and this is how it has remained for three years.

The Current is one of the few political organizations that was formed on the same principles as this uprising, and made use of the gains that it made in peaceful demonstrations. It is necessary because of the need to form political organizations not based on their stance toward the regime, and which have defined roles and will cease their activities once they have completed their goals.

A year ago, amidst the fever-pitched discussion of the American strike on the Assad regime, you were sure that America would not do it. Why?

With military operations of this type, as is well-known, it is impossible to know their results and outcome. This disturbed the strategic balances in the region, which has undergone changes that have neither been studied nor controlled. Israel would not accept a strike in such circumstances. Israel is the policeman in the region, meaning that it does not allow operations that it does not have interests in and does not control. Israel has no interest in the dangerous potential results of a strike against Assad regime forces.

In short, the decision about this kind of operation is not up to America. It is up to Israel.

Today, Walid al-Moallem, Syria's Foreign Minister, announced the Government's support for American strikes against IS. What is your reading of this?

The Syrian regime needs renewed international recognition, and it has now found an opportunity to get that through communication with Washington about striking IS. The regime has agreed to these strikes, if Washington coordinates with it. It will try – with Russia on its side – to pressure Washington to communicate with it on this matter. It will not make any effort to discuss how powerful IS is, how much territory it controls, or suggest that its threat to the international community is limited to its activities and presence in Iraq. The regime hopes to force Washington to assign it the task of striking IS and, moreover, to regain its legitimacy. But this will certainly not happen. All of Washington’s strategy toward IS is based around getting Russia to give up its last outpost in the region – the Syrian regime.

No, he will not depart soon. He has become the loyalist faction’s sole rallying-point, and there is no substitute for him among them. For their part, the opposition and its supporters do not have the ability to remove him.