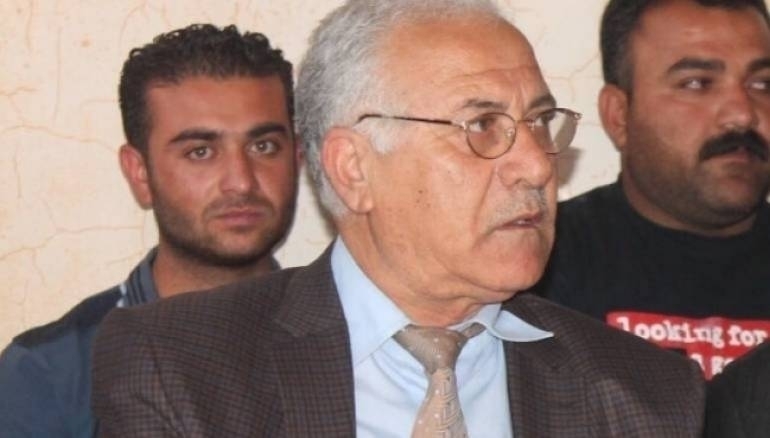 Zaman al-Wasl spoke with Syrian National Coalition member and Kurdish National Council representative Fouad Aliko regarding the internal differences in Kurdish politics and their attitudes towards the Syrian revolution and the Assad regime.

Why has the number of parties comprising the Kurdish National Council (KNC) decreased from 15 to six?

Fouad Aliko: There were 15 parties in the first Kurdish National Council conference, held on October 26, 2011. However, because a long time has passed since the beginning of the Syrian revolution and many changes have taken place, this has resulted in the withdrawal of some parties and the dissolution of other smaller ones. Besides that, five parties have since united and formed one single party. In the latest conference in 2015, there were 12 parties, not only six.

What is the real size of your Kurdish ground forces and where are you based?

FA: After the militarization of the Syrian revolution, some small parties were formed, but they were unable to survive alongside the faster growing PYD (Democratic Union Party), which controlled the Kurdish areas. In regards to the Kurdish National Council, it remains popular among Kurdish people, but people cannot express their opinion because they live under the repression of the PYD.

Why do you refer to the PYD as a “militia”, while at the same time you call for negotiations with them?

FA: The PYD is a political leftist Marxist party; it does not possess a national agenda, but it calls for the building of a democratic state with all the community’s components, and the cradle of the party is the Kurdish people. In regards to People’s Protection Units (YPG), they are part of the PYD and are considered its military wing; therefore, we negotiate with the political elements of the party which are trying to find a common vision to the Kurdish-Syrian status. We have signed many agreements with them, but none of these agreements have been implemented because of the deep differences between both of us in our vision, attitude towards the Syrian revolution and the Syrian regime, as well as regional alliances.

Moreover, the PYD’s domination prevents them from cooperating with any party on ground – they need supporters to implement their agendas. Additionally, they signed an agreement with the Syrian National Coalition via the coordination committee on July 24 of this year, but I am sure they will not abide by it and can change their attitude if it will benefit them.

As a member of the SNC’s political committee, what were the outcomes of your talks with the US delegation and what is their position towards Bashar al-Assad and him remaining in power?

FA: The US attitude toward the Syrian revolution has not changed since the beginning, as it supports the Syrian people’s aims to overthrow Assad. However, they have not given the armed opposition the needed support to change the balance on ground in order to force Assad to accept a political solution based on Geneva I, and the formation of a transitional government. But following the expansion of Islamic State (ISIS) in Syria and Iraq and the international movement to combat it, the US attitude has shifted towards forcing the Syrian regime to accept a political solution. There are many signs pointing to changes regarding the Syrian file, and that is what we felt from the meeting with the new American delegation.

How does the political committee see the current Iranian initiative on the SNC’s upcoming visit to Russia, and what are your expectations?

FA: Nobody was interested in the Iranian Initiative, as Iran is supporting the party that is killing the Syrian people. It is the main provider of military, political and ground forces to the Syrian regime. All its initiatives attempt to rebrand aggression from the Syrian regime under the banner of fighting terrorism.

In regards to the National Coalition’s visit to Russia, we have received an invitation from Moscow and we hope to feel changes in Russia’s position towards the Syrian crisis and the Syrian people’s goals of dignity and freedom, as Russia and China are the main supporters of the Syrian regime in the UN Security Council – having vetoed any progress four times.