Syrian journalist and TV producer Mohamad Mansour highlights the reasons behind the establishment of private media corporations in Syria, and how the industry has worked to strip journalists of their civil rights 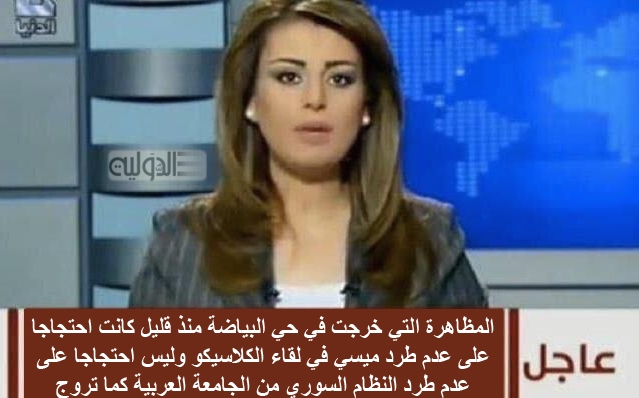 Over the past number of decades, Syria’s Ministry of Information has enabled a number of powerful individuals to seize control of the private media industry with exclusive access to media licensing and content.

Majd Bahjat Suleiman, owner of Syria’s largest media empire, is currently the executive director of Alwaseet Group, and chairman of the United Group for Publishing, Advertising and Marketing (UG).

Suleiman’s business partner, Bashar Kiwan, who owns 11.05 percent of the UG’s shares with a capital of 450 million Syrian pounds, is also founder and chairman of Alwaseet Group, one of the largest media groups in the Middle East, which is renowned for publishing Arabic versions of magazines, including Marie Claire, Gala, Top Gear, and Fortune, in addition to Baladna newspaper and Layalina magazine.

Ayman Jaber and Mohamed Saber Hamsho, alongside a number of other Syrian businessmen, established Dunia TV and Sama satellite channel.

Aktham Ali Douba, the son of the former head of Syrian intelligence, formed the Alriyadiya newspaper and magazine with a clear monopoly on advertising in the field.

Iqtissad speaks with Syrian journalist and TV producer Mohamad Mansour, who highlights the reasons behind the establishment of private media corporations in Syria, and how these individuals and corporations have worked to strip journalists of their civil rights.

To start with, why have businessmen such as Rami Makhlouf, Majd Suleiman, Mohamed Hamsho, Bilal Turkmani and others turned to financing the establishment of private media agencies?

MM: I think there are two reasons behind this – the first is to appear as an influential figure in terms of public opinion, in conjunction with the "herd strategy" adopted by the regime by dictating and directing media figures to act as “media horns” to support what the regime wants.

The second reason is for control and a share the media cake, which is controlled by the Arab Advertising Organization, an affiliate of the Ministry of Information, which adopts the “carrot and stick” approach by withholding advertisements for the regime’s opponents in local and Arab press, and rewarding those who support it.

These businessmen have decided to take over Syria’s advertising industry and blackmail the government (not the regime), and not to forget donations and other benefits.

Why have media licenses not been given to major media organizations apart from those run by the names mentioned above?

The reasons are the same as those mentioned above. Since its announcement of the military coup, the Baathist regime began closing down newspapers and magazines, as well as confiscating means of printing and publishing, and stripping senior journalists of their civil rights.

It is a way to control all means of communication with the public and limiting their exposure only to organizations associated with regime. These media outlets remain supporters of the regime, while helping to ensure its survival and covering its mistakes. But it is also allowed to exercise some measure of criticism towards officials, like the prime minister or a minister, or a corrupt general director for not agreeing to special exclusives.

How do media licenses get approved?

Behind any media license there are major security approvals. These approvals take into account the organization’s political attitude and influential power, as well as a degree of financial and moral corruption which are needed for granting the license. Licensing is granted at limited levels because the regime does not wish to flood the market with too many media platforms, as they can can be difficult to control at a later stage.

These so-called “private” media corporations have a stronger presence than the Assad regime’s official media agencies, but they fiercely defend the regime because they are owned by individuals who are a part of its make up. When the revolution began, these media corporations were given significant support to defame the revolution to make it appear either as an attempt to overthrow the regime, a conspiracy against the country or – at best – a civil war.

What have these media corporations given to people? Has their goal only been to clean and brighten up the image of those businessmen?

In the beginning, the private media corporations had a slightly wider margin of freedom than the margin of the regime’s media, as control appeared more flexible, but in reality the content was very similar to the regime’s official media. However, once it encountered its first real test on reporting news neutrally in the coverage of the initial demonstrations, these media corporations appeared to be skilful in lying and fabricating news, even more so than the regime itself.

The goal of these so-called private media corporations was not to polish and improve their owners’ image, but instead aimed at improving the regime’s image. They are not real businessmen, as they have not reached their positions of power and wealth by honest competition, project plans or managerial skills. Rather, they are corrupt people supported by military officers or influential people in the regime, or the Assad family, and have worked on laundering the money of the corrupt ruling families in Syria.

Most built their fortunes by illegally seizing major tenders from the government, or getting rid of business competition through security harassments, or corruption through government departments. Thus, their job is only polishing the image of their master, President Assad.