The SDF is seizing schools in Hassakeh and turning them into military bases, leading to great suffering among students, according to SANA. 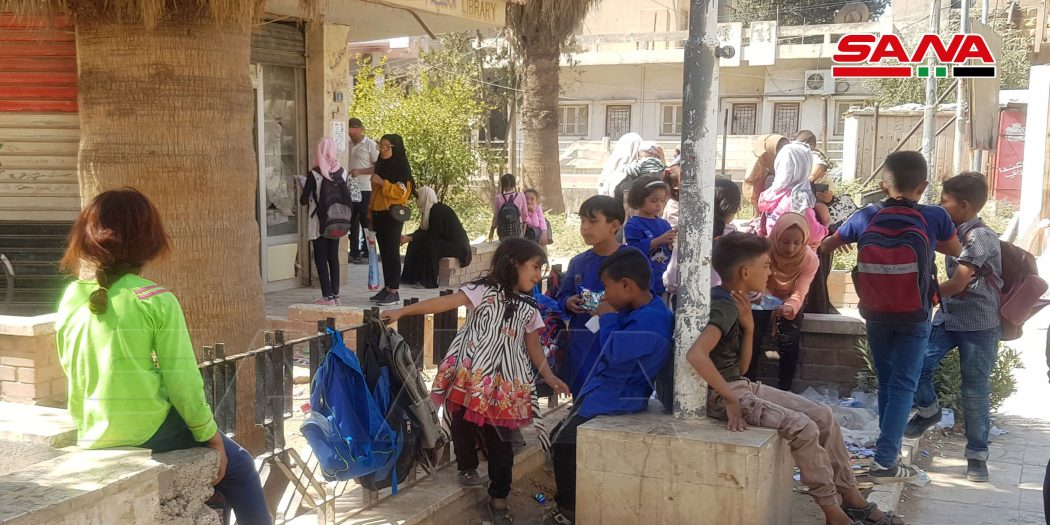 The Seizing of schools in Hassakeh by the U.S.-backed SDF militia has reflected negatively on the situation, the wellbeing of students, and the stability of the educational process at the public schools, which teach the Education Ministry’s curricula.

Despite all the governmental measures to accommodate the largest number of students and to ensure the continuation of the educational process at schools, the educational reality still suffers from overcrowding and a lack of appropriate conditions.

The parents, who accompany their children to schools travel long distances on mass transportation, trucks, and bikes to transport the students and this has become daily suffering for the parents and students with the beginning of the new school year since the SDF militia has seized a large number of schools in a systematic way that serves its schemes.

In one school, one could find children from all the neighborhoods of the Hassakeh city, and there is no solution for their parents except to register them in the schools affiliated with the Education Directorate at the center of the cities of Hassakeh and Qamishli.

That came after the SDF militia had closed the schools in the neighborhoods of Hassakeh and Qamishli and their countryside and turned a number of them into military bases, while they are trying to use other schools to teach their programs which are different from the governmental curricula and mainly rejected by the locals.

Assistant Director of Martyr Hassan Khamis School, Khawla al-Hussein, said that the number of students in the classrooms is increasing daily, and there is an increase especially after receiving several pupils and students who came from Ras al-Ayn western countryside due to the Turkish aggression on the areas of Tal Tamir and Abu Rasen.

The Director of Hassakeh Education Directorate, Elham Surkhan, in a statement to SANA, said that the SDF militia insists on seizing schools and turning them into military bases and depriving thousands of pupils and students of education.

She added that in continuation of these violations and with the start of the new school year, SDF militia seized three schools in the Tayy neighborhood in Qamishli city and expelled the educational and teaching cadres there.

Surkhan noted that 130,000 students are enrolled in the schools run by the Education Directorate whose number is 197 schools in the cities of Hassakeh and Qamishli. Meanwhile, the SDF militia seized 2,000 schools distributed throughout the province, adding that the Directorate has taken many measures to accommodate the largest possible number of students.