Syria is still far from safe for the return of refugees, despite a plan by the UN to return them from Jordan, according to Amnesty International. 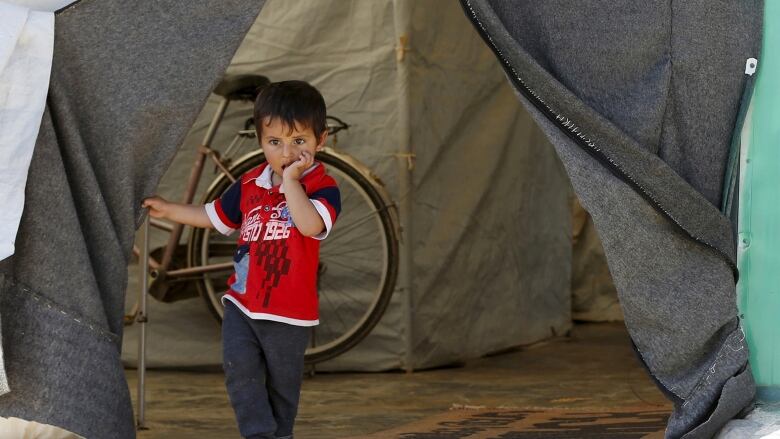 The UN and the Syrian Arab Red Crescent must halt plans to transfer Syrian refugees in an informal settlement on the Jordan-Syria border back to Syria, said Amnesty International today.

The refugees, most of whom have been at the location since early 2015, are living in Rukban camp in an isolated and inhospitable desert area between the Syrian and Jordanian borders known as the “berm”. Living conditions are dire, and residents lack access to medical care, sanitation, or clean water.

Amnesty has received information that this month the UN plans to transfer people from Rukban to “shelters” in the Syrian city of Homs, where they will be quarantined for 14 days. Under the plan, seen by Amnesty, permission to leave the Homs quarantine site would be subject to approval by the Syrian authorities, meaning the authorities would have the power to detain returnees for potentially longer periods without judicial oversight.

In the past, Amnesty has documented how so-called shelters have been used by the Syrian authorities to detain and interrogate returnees. Some returnees were then transferred to intelligence centers and in some cases tortured and forcibly disappeared.

Amnesty strongly believes that the UN’s transfer operation would put returnees to Syria at acute risk of arbitrary detention, enforced disappearance, and torture.

Earlier this week, Amnesty documented at length the appalling abuse of dozens of refugees who returned to Syria, with rape and other forms of sexual violence prevalent in the abuse.

Numerous people who returned from Rukban camp were among the victims.

Samer, who lived in Rukban for six years before returning to Homs in 2019, said:

“[The Syrian authorities] hate people from Rukban. They think that they all have links with terrorism and should be mistreated.”

Samer said that intelligence members arbitrarily detained and forcibly disappeared him for nine months, during which time he was tortured.

“We are urging the UN and Syrian Arab Red Crescent not to proceed with these returns, which will, without doubt, put the women, men, and children who have been living in Rukban in danger.

“Our research shows that the Syrian authorities have specifically targeted returnees from Rukban, accusing them of ‘terrorism’ before subjecting them to serious human rights violations.

“The evidence that Syria is not safe for returns is overwhelming – these return operations must not proceed.”

Trapped in the berm

It is not clear how many people will be moved from Rukban if the UN-led return operation goes ahead. The last humanitarian convoy allowed into the berm by the Syrian government was in September 2019. In March 2020, Jordan announced it would not allow aid to pass through its territory, citing COVID-19 concerns. The head of the Rukban local council told Amnesty that camp residents have expressed anger that the only convoys entering the camp are transferring people to Syrian government-controlled areas, rather than bringing aid.