A militia close to the regime continues its policy of arbitrary arrests in Aleppo, targeting in particular neighborhoods under the control of the Kurdish-led Autonomous Administration, according to Enab Baladi. 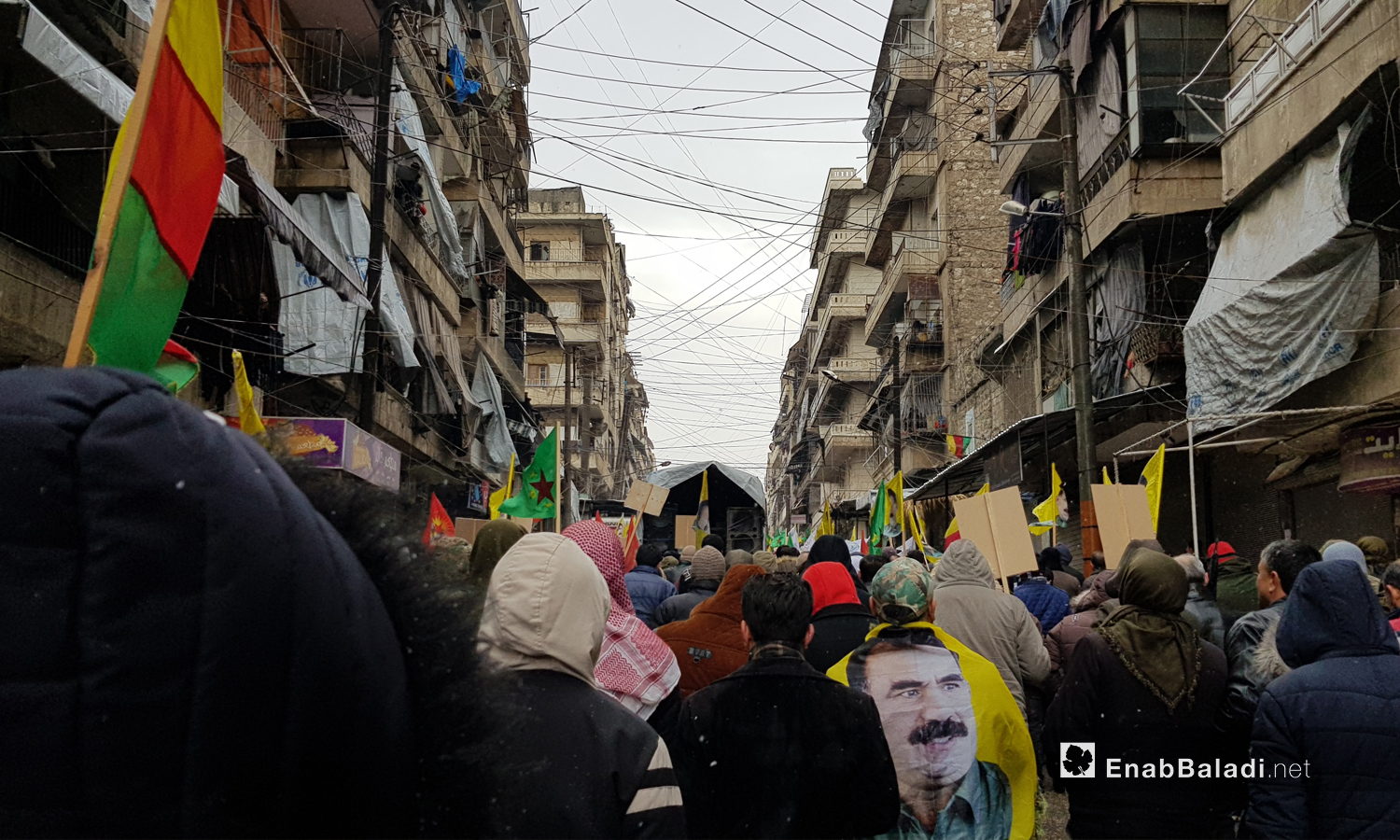 The relatives of Azad Abdo, 35, received his body from the university hospital in Aleppo on July 19th, after he died under torture in the Political Security branch, following a month and a half of detention. The young man was arrested over tensions following the events in Manbij last June, and as part of attempts by the militia known as Brigade al-Baqir, which supports the Syrian regime, to storm and conduct arrests in the neighborhoods under control of the Autonomous Administration.

A correspondent for Enab Baladi in Aleppo said that the burial ceremony for the young man, a Kurd from the Sheikh Maqsood neighborhood, which is controlled by the Autonomous Administration, took place on Monday (July 19th) in the neighborhood cemetery.

The young man’s father told Enab Baladi that he had received a call from the state university hospital, informing him to collect the body, adding that his son was an only child, not wanted for military conscription, and working in the areas of regime control.

The father of the victim tried to offer 10 million Syrian pounds to an officer in the political security branch in exchange for his release. According to his father, the security forces refused to do so “categorically.”

Read Also: What is Happening in Manbij?

Mohammed said that during his arrest, there were 34 detainees, all from the Sheikh Maqsood and Ashrafieh neighborhoods, and that there was still a tight focus on the two predominantly Kurdish neighborhoods to date.

The Bakara clan is the main component of the al-Baqir Brigade and has a large presence in the Autonomous Administration-controlled city of Manbij.

A source in Aleppo’s air intelligence forces had previously told Enab Baladi that they had received daily orders to carry out repeated arrests, which “cannot be rejected.”

He added that this restriction is intentional. If a security branch objects to the orders, those security forces members will be imprisoned for violating orders. As of July 1st, some 132 civilians had been arrested while leaving or entering the neighborhoods under the control of the Autonomous Administration in the city.