Russia seems keen to separate a political settlement of the Syrian crisis from reconstruction funding and efforts, according to Syria TV. 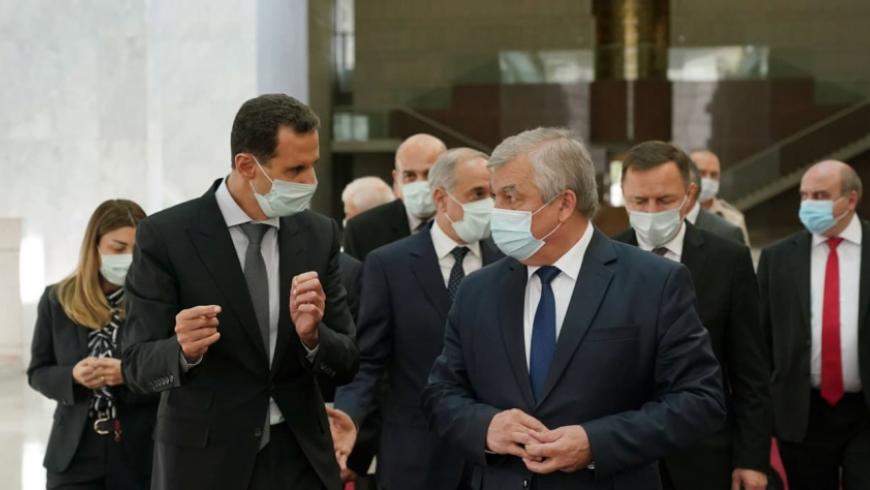 Remarks by Russian officials following the Astana-16 meeting revealed that Russia continues to insist that Bashar al-Assad remains in power and that political settlement should be a topic separate from the reconstruction.

In fact, while the West maintains its position of refusing to finance reconstruction before a UN-sponsored political settlement, Russia insists on separating the two issues. Moreover, efforts by Russia to deal with reconstruction in a separate manner were clearly shown as it wants Assad to remain part of the political settlement. “One of the important issues is the implementation of political transformations (reform and restructuring), especially since Assad won the presidential election and gained a new mandate,” Alexander Lavrentiev claimed. While stating the latest updates, Lavrentiev speculates that “now there is a good opportunity to proceed in this political settlement process.”

Read Also: Why Did Rome’s Conference on Syria Ignore Conditions for Normalization, Reconstruction?

Speaking about the reasons why the UN-sponsored Constitutional Committee’s work has stalled,  he said that “the main obstacle to launching a good dialogue is that the opposition still sees the Syrian authorities and the central government in Damascus as an enemy.” He added that “this view is totally unacceptable.”