Ibrahim Hamidi explains that the military and economic situation are prolonging the status quo in Syria despite the Rome conference. 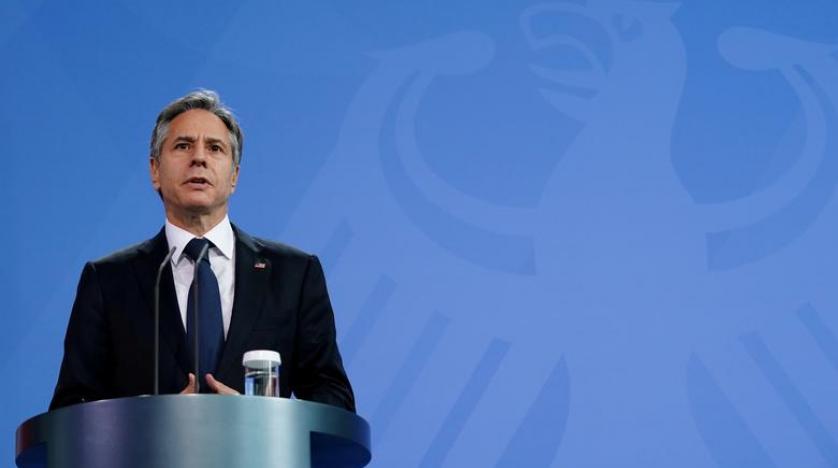 Representatives of the countries participating in the ministerial meeting on Syria, which was held in Rome a few days ago, were unable to pass two conditions that link aid to the reconstruction of the country and normalization with Damascus to the “progress in the political track,” which raised questions about the new political ceiling set by the main stakeholders.

When comparing the draft final statement of the Rome conference and the final text approved by the participating ministers of the G7 countries and regional and Arab states – except for Iran and Russia – observers noted that the draft included a paragraph emphasizing that “only when progress occurs on the political track, will we consider assisting in the reconstruction process.” Another paragraph rejects “normalization with the regime” before achieving tangible improvement in the political process.

However, this endeavor was rejected by some of the participating countries, which forced the ministers to issue a statement that does not specify any condition on linking the “normalization” to “reconstruction.”

As Arab ministers focused in the closed meeting on the importance of the “Arab role” and “Arab identity” for Syria, the Secretary-General of the Arab League, Ahmed Aboul Gheit, called, in the special session, to “think about the involvement of the active stakeholders in the political process, including the Arab actors.”

Some participants reiterated the need for Arab countries to provide “Arab consensus” for the return of Damascus to the League, while others complained about the restraints set by the US Caesar Act on the possibilities of normalization and contribution to reconstruction. Jordan, for its part, focused on the priority of stability in southern Syria and the fight against extremism.

On the other hand, Russian representatives sought – in their meetings with Arab and foreign officials – to shed light on ongoing diplomatic and normalization steps with Damascus, by countries such as Italy or Greece.

A Russian official was quoted as saying that Italy will reopen its embassy in Damascus, while a Western diplomat reported that Italian Foreign Minister Luigi Di Maio said in the closed meeting that normalization with the regime was currently excluded unless Damascus showed seriousness in the political track. This stance was also expressed by the Greek foreign minister, Nikos Dendias.

The Rome conference, chaired by US Secretary of State Antony Blinken, provided an opportunity for UN envoy Geir Pedersen to present his vision of a “step-for-step” approach between Russia and its partners, the United States and its allies, and then the formation of an international-regional support group for Syria.

Pedersen will also submit his proposal during Wednesday’s Astana Group meeting in the Kazakh capital.

According to Western officials, the UN envoy is convinced that three factors support his “step for step” vision: first, the stalemate on the contact lines that has been ongoing for 15 months; second, the economic collapse and living pressure in the country; and third, the conviction of the parties and stakeholders that a military victory in Syria is not possible, and the necessity of a “settlement.”

According to a western diplomat, no party, whether the Syrian government, the opposition, the Russians, the Iranians, the United States, or the Astana Group, could dictate the outcome of the ongoing conflict.

Because of the different priorities among the participants – with a consensus on “changing the behavior of the Syrian government” according to one of the participants – Blinken presented his counterparts with the following priorities: Extending and expanding the decision to deliver humanitarian aid “across the border” and “cross lines” in Syria; maintaining the fight against ISIS, supporting the intra-Kurdish dialogue and talks between Damascus and the Kurds, and implementing the cease-fire across the country.

Also, there is Washington’s implicit goal to return to assuming a coordinating-leading role with its allies and expanding the circle of those involved in its various positions, in parallel with its contacts with the Russian side, with the aim of “changing the government’s behavior.”

As soon as Blinken finished “coordinating” with his allies in Rome, the US National Security Council Middle East official, Brett McGurk, flew to Switzerland to meet with Alexander Lavrentiev, the Russian president’s special envoy for Syria. The latter had stopped in Damascus to meet with President Bashar al-Assad before heading to Geneva to hold the first round of a “secret dialogue” between the two sides since the Biden-Putin summit on June 16.

These contacts preceded the Astana Group meeting on Wednesday, and the Security Council session to vote on the international resolution on humanitarian aid, which expires on July 10.

The last hours of negotiations in Rome, Geneva, Astana, and New York aim to reconcile the priorities of the stakeholders regarding cross-border aid and “across the lines” between the spheres of influence, represented by the United States, Russian, Iran, and Turkey.

Ankara wants to keep open the Bab al-Hawa crossing with Idlib to strengthen its area of influence in northwestern Syria, and opposes the opening of the al-Yarubiyah crossing between eastern Euphrates and Iraq to ensure that its Kurdish opponents are not strengthened.

Washington wants to open al-Yarubiyah crossing to promote stability, help its Kurdish allies and prevent the emergence of ISIS in the east of the Euphrates, while Moscow (along with Tehran) wants to strengthen the position of its Syrian ally in Damascus, barter with its partners, and bargain with its opponents over “Syrian papers” related to normalization, reconstruction, sanctions, and aid.