In a major policy shift, the president of the United States has revoked Trump's era delta energy deal in North-East Syria, according to Al Araby Al-Jadeed. 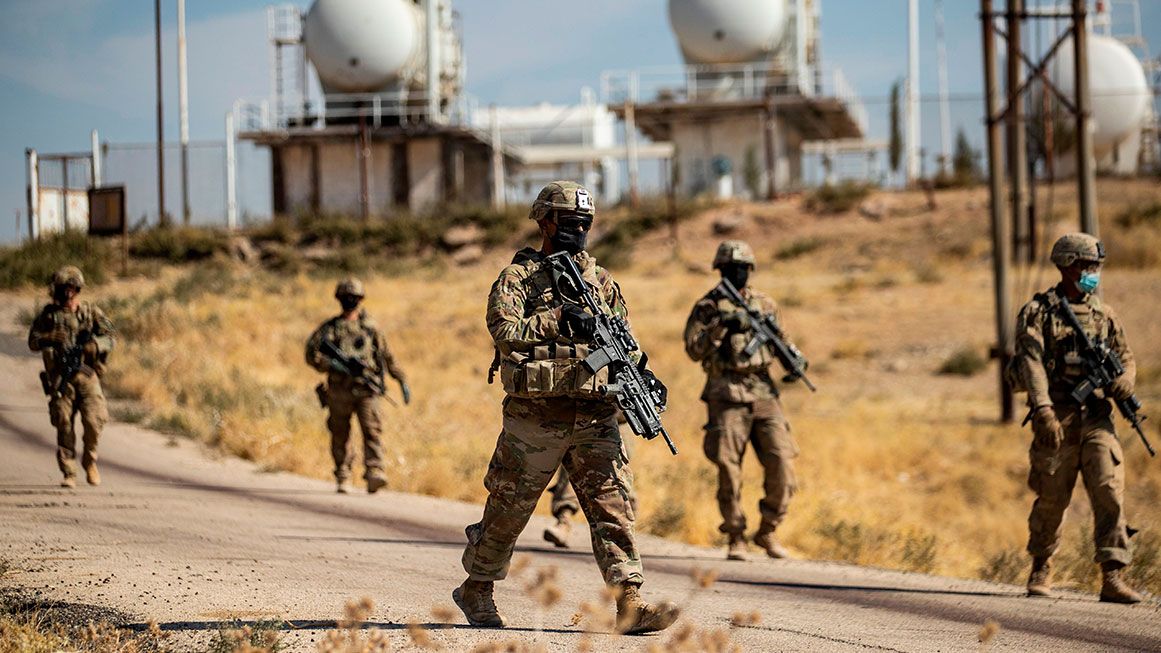 President Joe Biden has recalculated America’s path in northeastern Syria, separating himself from his predecessor, by choosing not to extend the sanctions waiver for US oil company Delta Crescent Energy, according to reports by Al-Monitor.

The sanctions waiver for the little-known US energy company expired on 30 April, and they have now been given 30 days to cease operations in northeastern Syria, which is controlled by the Kurdish-led Syrian Democratic Forces (SDF).

The decision appears to be an attempt to draw a line under the previous administration and set a new agenda for US intentions in Syria, which will now focus on the, “delivery of stabilization assistance to liberated areas to ensure the enduring defeat of ISIS”, according to a statement by the US State Department, following a visit to northeastern Syria by Acting Assistant Secretary Joey Hood.

“The Biden administration does not want to continue policies that it believes are too ‘Trumpian’ and the Delta Crescent Energy deal struck a nerve with the Biden team,” Nicholas Heras, Senior Analyst and Programme Head for State Resilience and Fragility at the Newlines Institute for Strategy and Policy told Al-Araby al-Jadeed.

The US strategy in Syria during the Trump era was marked by a number of seemingly frenetic decisions, most notably in 2019, when Trump announced a withdrawal of all forces in Syria, seemingly as a favour to Turkish President Recep Tayyip Erdogan.

What followed was a flurry of consternation from both Republican and Democrat lawmakers and furious backpedaling by administration officials, which ended with the president clarifying that US forces would remain in Syria, but now “only for the oil”.

Trump’s “only for the oil” comment, was followed by reports in July 2020, that a newly formed US oil company registered in Delaware, operating under the name Delta Crescent Energy LLC, had signed an agreement to develop and modernize existing fields oilfields, market the oil, as well as provide two modular refineries.

According to reports, and seemly confirmed during a US Senate hearing when South Carolina Republican Senator Lindsay Grahame questioned Secretary of State Mike Pompeo on his opinions of the deal, the agreement was made at the time, with the knowledge and backing of the White House.

“Former President Trump and Trump’s Republican Party allies frequently used the talking point that the United States was staying in Syria to take the oil, and the Biden team at the highest levels wants to cut ties with this type of Trump-era policy initiative,” according to Heras.

Little is known about Delta Crescent, and state reports secured by Al-Araby al-Jadeed show that no tax filings have been made.

The company was formed in August 2019, three months after, one of its founders US Army Delta Force veteran James Reese, visited the Kurdish-controlled areas of Syria, according to photos from his blog.

Reese previously founded private security company TigerSwan, who in the past have operated in the Middle East on Department of Defence contracts. An employee at TigerSwan told Al-Araby al-Jadeed that Reese is no longer working for the company.

Reese founded the company with two others, former Ambassador James Cain and former Gulfsands Petroleum executive John P. Dorrier Jr., and all three men are known to have close ties with the Republican party, according to Politico.

Prior to the conflict, Syria produced a modest 380,000 barrels per day (bpd). Today, output has shrunk to around 60,000 bpd. Despite this, the fields have served as a profitable source of income for the Kurdish-led Syrian Democratic Forces (SDF), who have used oil revenues from deals with Kurdish-controlled northern Iraq, and also with the Assad regime, to fund their operations.

At the time, the Delta Crescent deal was lauded by some, who saw it as an opportunity for the Syrian Kurds to achieve financial stability and independence, in addition to boxing out any Russian or Iranian influence in the region.

“If Biden is sincere about sticking with America’s allies, this a golden opportunity to prove it and to help stabilize northeast Syria, to build capacity and become a role model for the rest of Syria,” an unnamed source familiar with the issue told Al-Monitor.

While critics of the deal pointed to the complex legal ramifications of a non-state actor, in this instance the Syrian Democratic Council, signing lucrative oil deals.

In order for Delta Crescent Energy to operate in Syria, a sanctions waiver was granted, allowing them to circumvent the Caesar Civilian Protection Act.

The Caesar Act, passed in 2019, imposed severe sanctions on the regime, and those doing business with regime actors.

The granting of the sanctions waiver was confirmed by former special envoy for Syria Joel Rayburn in December 2020 during a congressional hearing, where he also admitted that Delta Crescent was the only US company, he was aware of, to be considered for a sanctions waiver.

The decision to lift the sanctions waiver, and the current administration’s change in policy, has been questioned by former chief envoy for Syria James Jeffrey.

“I believe that if they meet the same Office of Foreign Asset Control criteria now as they did in 2020 then that decision, which is technical and legal, should be a no-brainer and some ‘policy’ should not block it,” Jeffery told Al-Monitor.

“Believe me while I saw policy benefits then with granting a license that’s not how they got it – they got it by meeting Treasury criteria for granting license,” he added.

The Syrian Democratic Council, the US’ partner in northeastern Syria, have not welcomed the news of the loss of the sanctions waiver.

“Our economic situation is so difficult. We are under economic siege with international sanctions and closed borders. And it’s been a particularly difficult situation this year because of the lack of rain,” the Syrian Democratic Council’s Washington representative, Sinam Mohammed, told Al-Monitor.

In spite of the recent news, Sinam is still optimistic for good relations with the current administration.

“We have excellent relations with the Biden administration,” she added.

The US recalculation of its Syria policy and the end of the Delta Crescent deal might yet spawn a new agreement, but this time between the US and Russia, their biggest foreign rival in the region.

In May 2020, Russia pressured the UN to instruct its relief agencies to end funding for programmes run by private organisations, who were helping to deliver lifesaving health services across the Iraqi border to northeastern Syria. This proved to be a heavy blow for the agencies that were facing the spread of Covid-19, in addition to the problems wrought by years of conflict.

From that point on, the only private agencies permitted to operate in northeastern Syria were those that were registered in Damascus, and had been granted permission by the Assad regime to operate.

The World Health Organisation sounded the alarm in a memo sent to the UN Security Council, insisting that aid deliveries across the border, from Iraq, must resume.

“New options are needed to fill the significant gaps and to continue the humanitarian assistance previously delivered through Ya’rubiyah,” read the memo, according to Foreign Policy.

And those sentiments were shared by the chairs and ranking members of the Senate Foreign Relations Committee and House Foreign Affairs Committee.

“The closure of the Ya’rubiyah border crossing between Iraq and northeast Syria has hindered the overall humanitarian response and disrupted the UN’s ability to deliver specialised medical equipment,” they wrote in a letter to then US Secretary of State Mike Pompeo.

The price for the resumption of aid, could very well be the end of the Delta Crescent deal.

“Delta Crescent Energy is not the alpha and the omega for the Autonomous Administration of Northeast Syria and the Biden team seems to be working on a swap out of sorts with the Russians: in exchange for ending Trump era oil deals, the Russians would open up Ya’rubiyah crossing for United Nations assistance to flow into northeast Syria,” explains Heras.

During his term in office, Trump was accused on more than one occasion of giving Russia too much room to manoeuvre. The Biden administration appears to be seeking a rebalance in the relationship.

“A quid pro quo between Blinken and Lavrov on Syria could be in the works. With the Biden team committed to staying in northeast Syria for the long term, the new administration wants to have a UN line of support to America’s counter-ISIS effort,” says Heras.