The closure of various schools in the northern Aleppo countryside is creating despair among parents, SY 24 says 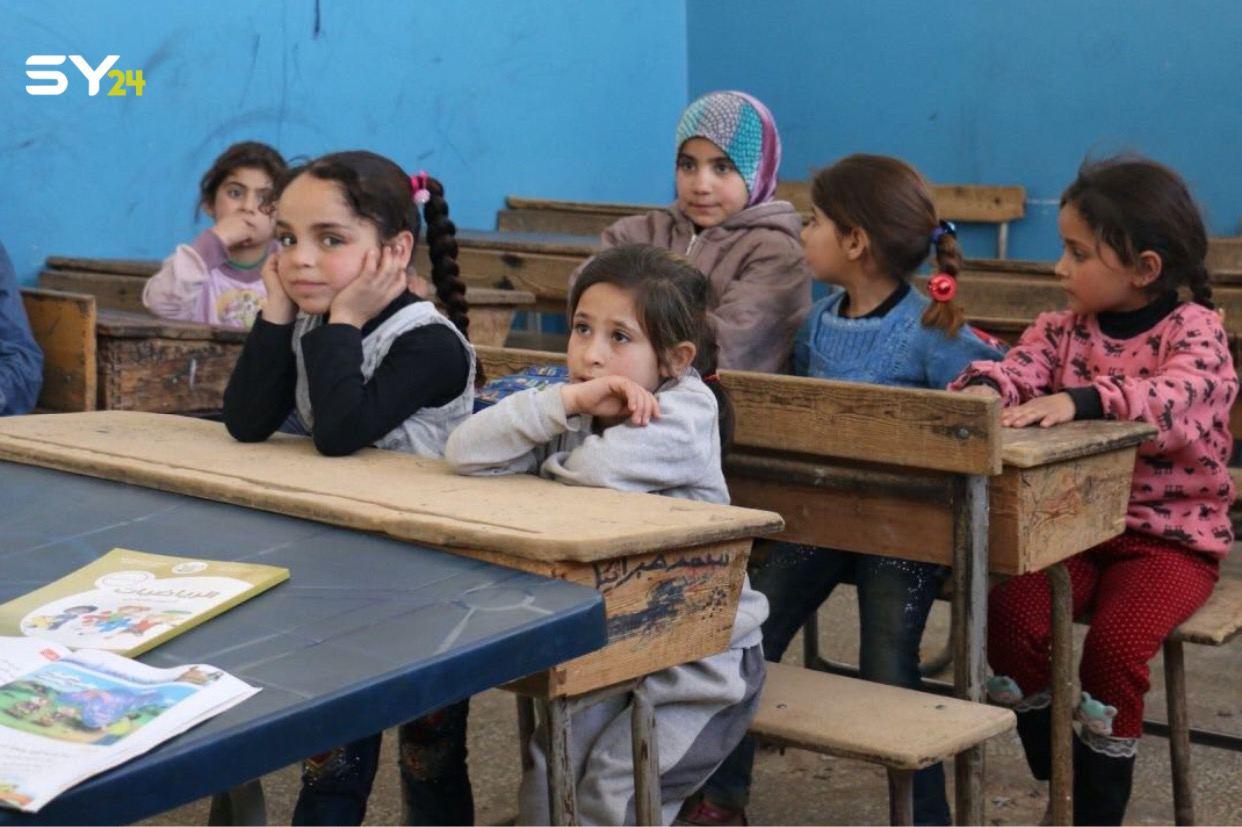 The Education Directorate in Aleppo has decided to close down many educational complexes and annex them to other complexes, which provoked angry reactions among many teachers and students.

It recommended that the schools in the aforementioned complexes be annexed to the Atarib and Darat Azza complex, based on the population’s density.

The directorate requested the administrative and directive staff of the three complexes to put themselves at the disposal of the directorate, which will be assigning positions to them later on according to vacancies.

Commenting on the decision, former head of the Free Teachers Syndicate in Aleppo, Professor Omar Laila, said, “After thousands of honest revolutionaries studied there, and after deals between traitors and agents were carried out, the northern land is now gone and we are left homeless. Students cannot find a school to attend, and teachers cannot find anyone to hire them after eight months of displacement and tragedy.”

Laila added, “With the stroke of a pen from a hand no less cowardly than the one that sold the land and handed it over to an enemy who knows nothing but criminality, the Andan Educational Complex is not operational due to an arbitrary decision, leaving thousands of students and hundreds of teachers in the unknown, after years of strenuous efforts made to establish it and advance its work.”

According to informed sources, “the Education Directorate in Aleppo is nominally affiliated with the Syrian Interim Government, but the Salvation Government controls completely its decisions and its work, since the institutions of the Interim Government were rendered non-operational and the Free Aleppo University was taken control of.”