Adham al-Kurd has said that the settlement agreements made with Russian support have not help the south and have only fuelled further violence writes Al-Araby Al-Jadeed. 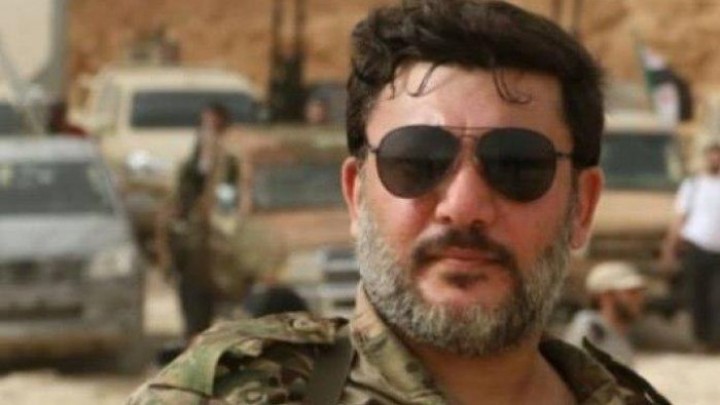 The leader of the Free Syrian Army (FSA) in the Daraa governorate, Adham al-Kurd, said that the settlement agreements concluded by the Syrian opposition factions in southern Syria with the Russian side were deceiving, describing Moscow’s role in the negotiations as “tragic.”

In an interview with Al-Araby Al-Jadeed, Kurd said that elements of the agreements concluded with the Russian side in mid-2018 in southern Syria “were not implemented and are still pending,” adding that, “we [Free Syrian Army] were thrown into a quagmire filled with details, and after more than two years, the arrests and assassinations have doubled.”

Tensions and public resentment prevail throughout the Syrian province of Daraa, which witnessed the start of the Syrian revolution in mid-March 2011, due to abuses by the forces of the regime and its security services against the people of the province.

Syrian opposition factions have previously concluded agreements with the Russian side in the governorates of Quneitra and Daraa, which were effectively a settlement with the regime. Pursuant to that settlement, these factions had to surrender their heavy weaponry to the regime in exchange for ceasing military operations and releasing detainees held by the regime

The settlements in Daraa pushed the rejectionists — including leaders, fighters, and civilians — to the north of Syria, a scenario that unfolded in many other Syrian regions. The ones who decided to stay behind ended up realizing that those agreements were a gateway to the infiltration of the regime forces to once again murder them, in light of the Russian indifference to deter those forces. Furthermore, the agreements never ended the Iranian presence in Syria, which is represented by several militias, and which the people of southern Syria reject.

Competition between the Russians and the Iranians

Adham al-Kurd, who, for years, had commanded the Engineering and Missile Regiment faction of the FSA, indicated that the Iranians are hiding in the headquarters of the Fourth Division, led by Maher al-Assad, Bashar al-Assad’s brother, as well as in the Air Force Intelligence and civil society institutions in southern Syria.

The issue of missing persons and detainees held in the regime’s prisons since the start of the Syrian revolution back in 2011 is still a thorny one for the people of the governorates of Daraa and Quneitra.

Those people were hoping that the 2018 agreement would result in the release of the remaining detainees. However, the regime still refuses to address this issue. Instead, opposition leaders were arrested and tortured to death after the agreement was concluded. In the same context, Kurd revealed that the regime and the Russians are demanding the delivery of trucks full of arms in exchange for releasing detainees; and that, according to Kurd, is immoral extortion.

Kurd is considered the most prominent leader of the Free Syrian Army in southern Syria, who is opposed to a compromise with the regime, although he was one of the members of the delegations who negotiated with the Russian side in mid-2018. Kurd stressed that Russia’s Fifth Corps in the south is feared by the majority of the population.

He affirmed his rejection of the idea of ​​establishing a unified army in the Daraa governorate unless the objective is clear and not influenced by any foreign country or political ideas.

In response the announcement that Ahmed — who is seen as Russian’s puppet in southern Syria and one of the most prominent officials and accomplices who handed over the south to the regime and the Russians in 2018 — Kurd said that he [Ahmed] intends to form a unified army for the Houran region (Daraa), which would act as a nucleus of the whole of Syria.

Kurd assessed the performance of the Syrian political opposition abroad, saying that they are dispersed, insufficient, and lack coordination and harmony with Syria’s interior climate. Kurd added that the opposition is affected by the interests of their respective host countries. He expressed his belief that nine years of the Syrian revolution is not enough to make change happen in Syria, but he did stress that the country is moving towards radical change through new generations who are bringing the idea of ​​change back to life.