The cadres in northeastern Syria are an important part of the Democratic Union Party’s influence in the region and they wield a large amount of control writes Brocar Press. 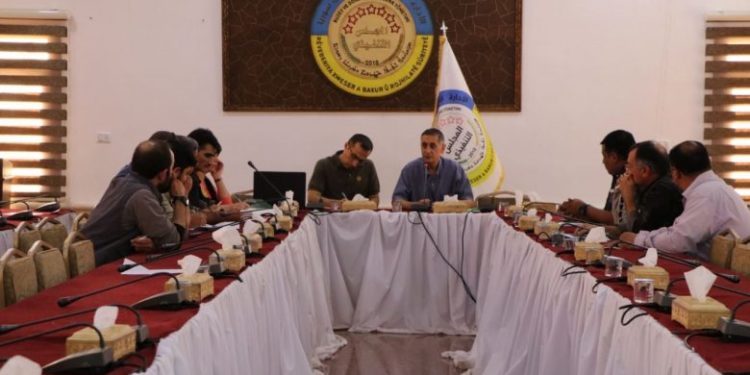 In the agencies and institutions run by the Self-Administration in northeastern Syria, the term “cadres” is often heard. It is a name that the people of the al-Jazira area had not heard before, until it began to circulate in 2013, the year the Democratic Union Party (PYD) took control over the area.

Upon investigation, Brocar Press learned that “cadres” refers to a rank of those who were said to come from the Qandil mountains to the Self-Administration areas in order to run important institutions and departments, from the smallest to the largest.

Most of them have limited Arabic language skills, and they come from an area in the Qandil mountains where people affiliated with Turkey and Iran and from northeastern Syria had moved, fleeing the country decades ago and joining the Kurdistan Workers’ Party (PKK).

The presence of the cadres in institutions increased along with the expansion of control by the People’s Protection Units (YPG)—the military wing of the PYD—especially in terms of working in the al-Rumailan oil field, where they have the first and last word, according to our sources. The work of the cadres resembles to a large extent that of the liaison officers who the Syrian regime depended upon in submitting periodic reports to security agencies about state institutions. But the cadres submit their reports to the PKK in Qandil.

The cadres are present in every major institution of the Self-Administration (10 agencies and eight offices), with at least one for every agency and office. The most important of these are as follows:

“Cadro” Sharnaz: serving as a military ruler for the so-called “Social Justice Councils” in the Self-Administration areas.

Ali Sheer: A PKK commander from Turkey responsible for oil, and the real ruler over oil resources.

Mahmoud Barkhoudan: A Syrian who joined the PKK in the 80s and is a military commander in the YPG.

Nasser Mansour: De facto responsible for all visits to the Rumailan oil field by International Coalition forces and others.

Mustafa Bayaq: responsible for the so-called Counter-Terrorism Agency (HAT), which are special forces that claim to carry out operations against Islamic State cells.

Sabri Awak: Turkish-Kurdish from Adna living in Qamishli who controls the Youth City in Qamishli (a resort with a hotel and pool), which had been owned by the Syrian regime. He had been coordinating the presence and distribution of other cadres.

These and other cadres are considered to have the real control over important decisions of the Self-Administration. They number in the dozens and they control the military decision making of the SDF, as well as those related to major financial matters, in terms of selling oil and seeds and taxes and other fees.