Syrian refugees living in Germany are facing new restrictions on where they can live, adding to the pressures of learning the language and finding employment writes Zaman al-Wasl. 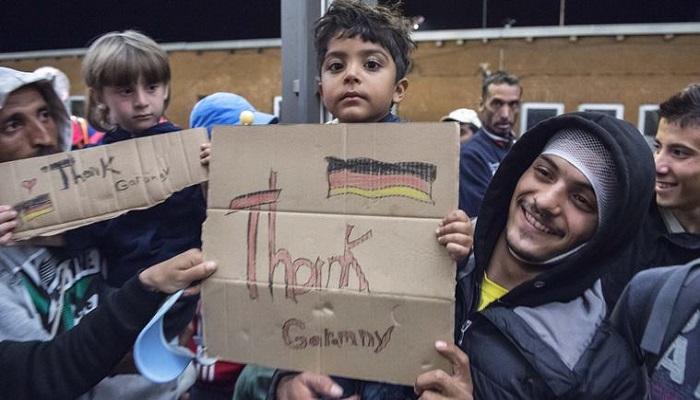 Germany’s refugee housing restriction policy is once again at the center of controversy. Passed in 2016, the Asylum Act was an attempt by the German government to regulate the distribution of refugees to German cities and states fairly and in a manner adapted to their respective capacities.

The Minister of Refugees of North Rhine, the state with the largest number of refugees in the country, has recently stated that the government will continue to provide support to the cities hosting refugees: “Three years after the refugees received their residence in Germany, they can choose to live anywhere in the country.” Thus showing that the law is still in effect in its current form and has not been amended. The state government denied, what much local media had reported, that the federal government is seeking to extend the law indefinitely, as long as refugees continue to receive assistance from the government and work centers.

The minister’s words have come as good news to many of the refugees, especially since most of them felt that the previous decision did not take into account the principle of equal opportunities, posing limitations especially for those who live in small villages. Raed Khamis, one of the refugees in southern Germany, said that the decision presented an additional restriction on refugees, and that it contradicts the integration policy.

“For three years, I have been living in a very small village where there are no language schools, no job opportunities or even vocational training. I had to commute dozens of kilometers every day to get to school. The vilage’s isolation hindered the communication opportunities for me to master the language.” In addition, Khamis demanded the government to take into account the issue of small villages and the needs for integration, especially language schools and job opportunities.

The unbalanced and unequal opportunities and the issue of disparities between German cities is what led many refugees to support not extending the decision to restrict housing beyond the three years. Mohammed al-Ahmed commented that, “despite being an organizational decision, it is a restriction on personal freedom. It is anyone’s right to choose the place where they feel comfortable. Some want to be away from problematic places, or to live in a quiet area, or a big city. No one can integrate without being psychologically comfortable, especially for us Syrians, who are under great psychological pressure. ”

Ahmad also called for an expansion to the exceptions, which are limited to finding study, work, and vocational training opportunities. “The exceptions should also include some social or health cases, giving it an additional humanitarian dimension.”