The recent protests in Lebanon and the decision to close the banks has put pressure on Syrians who have assets in the country reports Hashtag Syria. 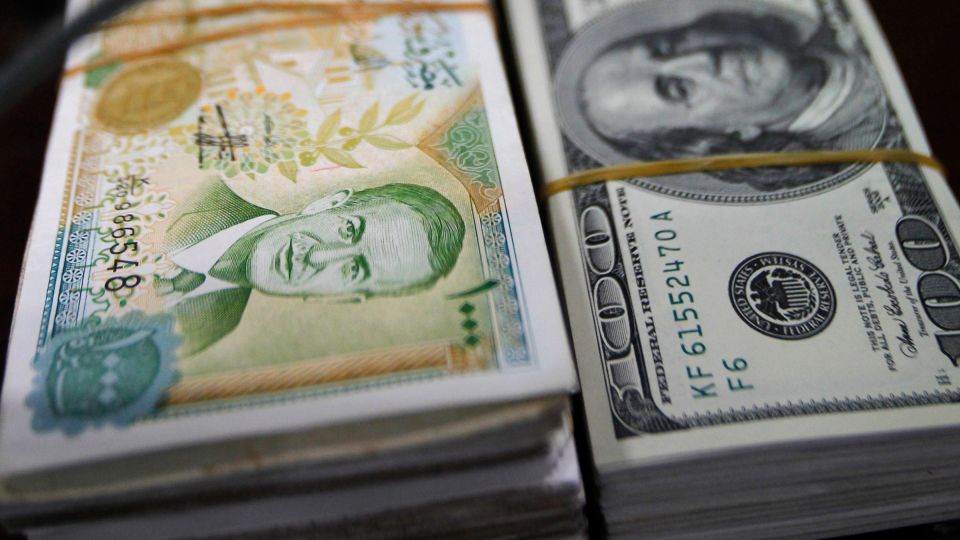 No sooner had the popular protests in Lebanon begun than some began to question the fate of Syrians’ assets in Lebanese banks, which have been closed for about a week. These assets amount to about 30 billion US dollars. Amid the recent restrictions by Lebanese banks on Syrian deposits, there have been new indications of the recent deterioration of the banking sector in Lebanon.

Fears over Syrians’ assets deposited in Lebanese banks have pushed some Syrian traders to put out a “final call for rescue,” calling on businessmen to withdraw their assets from Lebanon’s banks quickly and place them in Syrian banks, following the principle that, “Your country comes first.” However, some experts believe that this step would need major facilitations by the Syrian government and a “strong heart” from businessmen.

The head of the Damascus Countryside Chamber of Commerce, Waseem al-Qatan, who began the call on his Facebook page, told Hashtag Syria that recently it had been possible for businessmen to withdraw their assets in Lebanese currency and then return it to Syria, because Lebanese banks had prevented withdrawing the full amount in dollars, but that “the greed of some of them had prevented this step from being taken because they might lose a portion of it,” he said.

Qatan said that the current problems in Lebanon would cause Lebanese banks to refuse to grant the Syrian funds to the businessmen at the current time “to move their economy” with Syrian assets. He said that after a period of crisis, these banks may agree to return this money, and asked, “Doesn’t the Syrian Central Bank have a right to this support? “He said that the best and safest step now was returning this money to Syrian banks.

The president of the Homs Chamber of Commerce, Abdel Nasser al-Sheikh Fatouh, said that he thought that a safe investment environment was among the most important factors to attract Syrian assets from abroad, such as fighting smuggling in a serious manner in order to encourage traders to invest in the country, as well as curbing imports and giving loans to manufacturers with subsidized interest, and floating bad debts, especially since the collateral exists at banks and their value has risen.

A crisis of trust with Syrian banks

Economic expert Rasha Siroub says that it shouldn’t be an aim of the government to develop policies to encourage Syrian businessmen to withdraw their assets from Lebanese banks, so much as to create an appropriate business environment and provide a stable, safe, dynamic economic climate and monetary and financial policies. The rest would become a foregone conclusion, whether in terms of returning Syrian assets from abroad—not just in Lebanon, but in other countries that have frozen assets—or from non-Syrians aiming to invest in Syria.

Siroub added that this will not be achieved so simply that Syrian businessmen will be able to quickly withdraw their assets from Lebanese banks and put them in the banking system in Syria, because there is a structural crisis of trust in the economic and investment climate in Syria in general and in the banking sector in Syria in particular. This has been an inherent problem for decades—Syrians’ assets have always been and still are outside the Syrian banking system.

The assets will not head to Syrian banks!

Siroub expected that whatever incentives and facilitations are offered, in light of the decision of Syrians to withdraw their money from Lebanese banks, they will not head to Syrian banks but will search for other alternatives. This will either be in the form of deposits in countries other than Lebanon or holding onto these withdrawals (hoarding them) outside the banking sector in Syria—if they enter Syria—until the situation becomes clear in Lebanon.

Siroub said that no economist or banker could specify the amount of assets in Lebanese banks because they were subject to banking secrecy. But according to estimates of the changes in the volume of deposits of non-Lebanese, and according to statements of some Lebanese bodies, the volume of Syrian assets in Lebanon is more than 30 billion dollars—10 billion of that which left during the war, constituting about 50 percent of Syria’s international reserves before the war broke out.