Humanitarian workers are facing assaults from all sides and have become targets for kidnappings and forces disappearances writes Brocar Press. 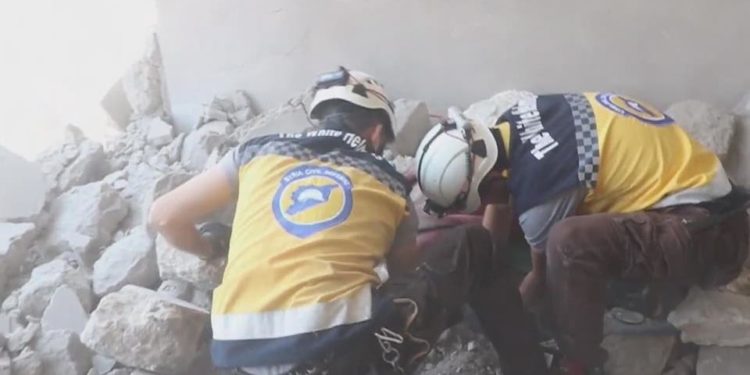 Since the start of the Syrian revolution, workers in humanitarian matters have suffered from dangers and difficulties that have put their lives at risk. From the Syrian regime pursuing them and being continuously targeted with all forms of weapons, to Russian campaigns that have struck medical and humanitarian infrastructure since their intervention in the Syrian war, as well as violations by military factions including arrests and kidnappings and forcible disappearances.

In this matter, the Humanitarian Response team on Sept. 4, 2019, issued a statement in which it condemned the practices of military groups against workers in the humanitarian field in Idleb province against the backdrop of the arrest of a Syrian doctor in Idleb countryside on Tuesday by Hay’at Tahrir al-Sham, who was beaten severely by the faction’s fighters.

The team said in the statement: “The Humanitarian Response team is following with severe worry the kidnappings and arrests against humanitarian workers in northwestern Syria by some military entities in the area, the latest of which was the arrest of a doctor at the Maarat Masrin hospital (Hassan al-Osman).”

The team denounced the kidnappings and forcible disappearances of humanitarian workers, carried out by military factions in northern Syria under false and unconvincing pretexts, according to the statement.

The statement said that pressure was put on the captives to confess to acts for which they were not guilty. It said that a large number of humanitarian workers were forced to pay large amounts to leave the groups’ prisons.

The director of the Humanitarian Response team, Mohamed Hallaj, told Brocar Press that, “humanitarian workers in northwestern Syria were in continuous danger of being targeted externally (by Russian and regime forces), which is the biggest threat, and internally (military factions) to which they are exposed.”

Hallaj said that the Humanitarian Response team was working to, “track kidnapped and missing humanitarian workers and document violations against them.”