A Kurdish academic has put forward a new proposal to bring together the Syrian-Kurds and the regime and secure the rights of the Kurds writes Basnews. 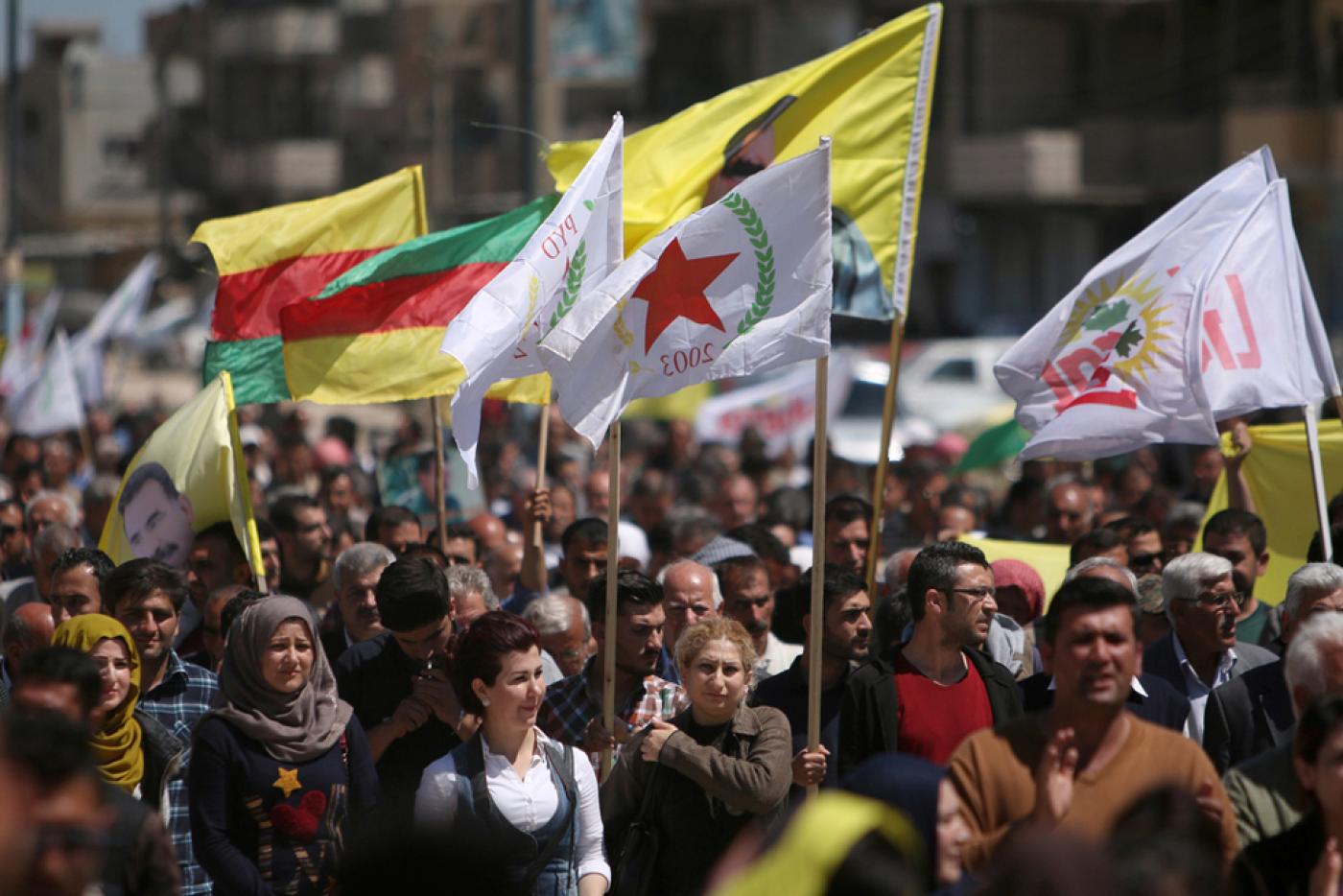 A Kurdish group including academics, intellectuals and political parties announced that they were launching an dialogue initiative between the Syrian-Kurdish movement and the regime to resolve the Kurdish issue.

Farid Saadoun, a professor of comparative literature at al-Furat University, and one of the initiative’s sponsors, said that they were putting forward their vision to resolve the Syrian-Kurdish issue to Moscow, Washington and Paris.

He added in an interview with Basnews, that they had discussed the initiative with regime officials in Damascus and they would come back to them to complete the dialogue around the Kurdish issue.

He said that they were waiting for a response from other Kurdish parties to join the dialogue with Damascus and international entities, in order to form a joint delegation representing the Kurds.

Saadoun said that a delegation would visit Moscow, adding that the United States had not objected to the project, while France had seemed positive.

The initiative includes the need to crystallize a Syrian-Kurdish national vision that serves the aims of the Syrian-Kurdish people, far from a usurpation by another—Kurdish or regional—of the Syrian-Kurdish character, as well as to draw policies and aspirations on its behalf by setting up a new collective, cultural and political system, based on the principles of freedom, democracy, plurality, and an open cultural able to keep pace with the advances of humanity, the values of justice and equality, and stressing common humanity.

The basis of a resolution to the Kurdish issue in Syria:

The first basis: The Kurdish people have a distinct national character and comprise a nation based on living on its historical territory, and it is the right of these people to decide their own fate.

The second basis: A commitment to resolving the Kurdish issue constitutionally in accordance with international covenants and agreements, and to work to achieve balance between the national aims and interests in the country, based on a number of general agreements that do not eliminate differences in views or visions, whether for individuals under their banners, or in dealing with other social forces and expressions.

The third basis: A lasting solution to the Kurdish issue in Syria will be represented in a referendum of the Kurdish people, which will ensure that the people determine their destiny themselves, without direction from any other party or movement.

The current solution would be represented by:

1. Kurds administering their areas, which they locally comprise the majority.

2. Kurds participate in the state (government, parliament and institutions).

3. The Kurdish language is a recognized language in the country and studied in Syrian universities, academies, and schools at all levels.

4. A law is made to establish Kurdish parties and civil society institutions and professional unions.

8. Concern is taken for Kurdish women and everything possible is done to lift their social, intellectual, and educational level and their participation in public affairs.

9. Concern is taken for infrastructure in Kurdish areas and a portion of the budget is allotted to develop the area after the systematic and intentional neglect, marginalization, and underdevelopment it has suffered.

10. Exceptional rules and laws pertaining to the Kurds are abrogated and compensation is given to those harmed by the racist projects carried out in the area (the Arab Belt, census, the dismissal of civil servants and students, political prisoners and prisoners of conscience, and all the exceptional laws and regulations that harmed the Kurdish people).