A statement by the Aleppo Chamber of Commerce, which attacked the practises of the Iranian militias, has stoked tensions in the city reports Al-Modon. 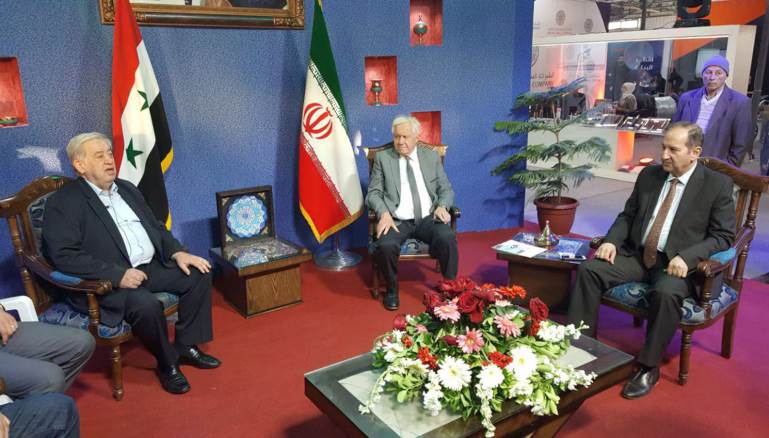 The Aleppo Chamber of Commerce issued a statement condemning a statement made by Aleppo traders attacking Iranian regime militias and blaming them for the collapse of the commercial situation in the city. The Chamber of Commerce said that the purpose of the traders’ statement was to “damage the prestige of Aleppo’s traders and manufacturers and their ancient national chambers of commerce and industry.”

Over the last few days, pro-regime sites circulated a statement in the name of “Aleppo traders” calling for President Bashar al-Assad to stand alongside them and rid them of the domination of allied forces and Iraninan regime militias and to help them revive their trade and their markets in the Old City once again. The traders asked Assad to put the manufacturing areas and markets under the supervision and protection of the Russian military police rather than Iranian militias.

The traders noted that they had given diverse support and opened their homes and their storehouses to militias over the years of the “war on the terrorists” and that after all these sacrifices they deserved sympathy from the leadership to restore the glory of their trade and to keep militias away and to prevent them from dominating the roads and imposing taxes and obstructing traders’ work.

There is a fear that Iranian militia escalation and more arbitrary steps against traders and manufacturers will push the President of the Aleppo Chamber of Commerce, Fares al-Shihabi, to intervene and try to calm the situation. Shihabi thanked the Iranian militias and Iran—the government and people—for their participation in the war and for ridding Aleppo of the opposition. Shihabi had attacked the same militias a few days earlier, insinuating that they were involved in banditry and imposing tolls and blaming them for the halting of production and trade in Aleppo.

Commercial sources in Aleppo told Al-Modon that the work of traders who were not close to Iran had nearly stopped because of the harassment and threats to close them down if they did not pay the fees imposed upon them. In addition to those hardships, passage tolls have been repeatedly imposed on their goods at the militia checkpoints, which have proliferated in large numbers on the road between al-Salmiyeh and Aleppo through Khanaser. According to the sources, a large number of traders have not been able to repair their shops in the Old City because the militias have not allowed them to do so. The influence of Iranian militias has also continuously expanded and has begun to control commercial and industrial life in the city, and therefore those opposed to Iranian militias policies have stayed in their homes out of fear of escalation and revenge attacks.

The Aleppines accused Iranian militias of looting their homes in al-Hamdaniyeh and New Aleppo and the Zahraa Association and al-Khalidiyeh, as well as the districts close to the Military Academy and in the northern suburbs. The militias took advantage of the recent displacement of Aleppine families from the western districts near the front lines to loot their homes, burning some of them to take revenge on the residents for their repeated complaints of harassment. Russian regime militias have intervened as well as Russian military police and more than once, have clashed with Iranian militias. The situation grew tense between the two side after an office of the Qatarji Group was targeted in al-Jamiliyeh in July—with the finger of blame for the incident pointing to Russian militias.