The breeder and trading of dogs is a growing business in Syria, with some dogs being sold for as much as 3 million Syrian pounds writes Al-Watan. 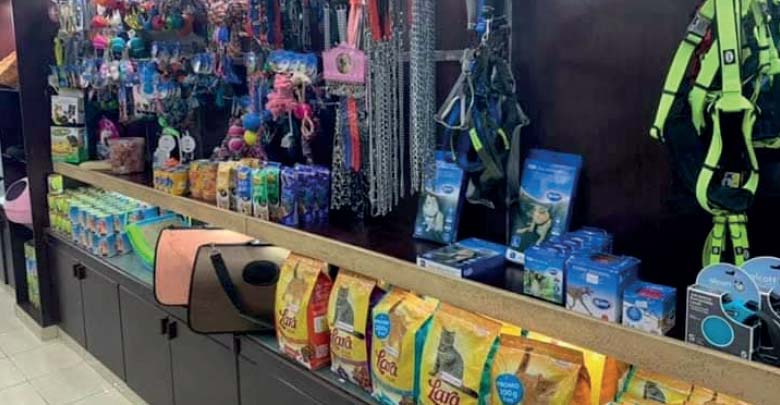 A recent report published by Al-Iqtissadi, sister publication of Al-Watan, explored dog breeding in Syria and the surrounding trade. The report highlighted the facts of the issue; how dogs are imported and exported, the role of government agencies and the difficulties faced by traders and breeders.

Alaa, a breeder, said: “In our farm we have about 180 dogs of various breeds and ages, including 15 who have been adopted because their owners have left the country. There are various breeds of dogs, most of them of foreign origin. The price of a dog is between 10,000 and 3 million Syrian pounds.”

Alaa said that there was no regularly imported food but there was smuggling. He said that the price of a kilogram of imported food could be as high as 2,000 pounds, while normal food was from slaughterhouse remains, where bones are taken, especially the chest and neck of chickens, and the remaining meat was extracted and fed to small dogs, with the other bones going to large dogs. He added: “We carry out this work on our farm, because the price of imported dry food is high, while chicken remains are only 100 to 200 Syrian pounds per kilo.”

For his part, Mohamed al-Masri, a dog trainer and breeder, said: “We have local production through breeding farms, and all of them are of foreign origins, with the mothers imported and then bred on local farms. Now local production is exported to neighboring countries such as Lebanon and Iraq.” He said that other countries that take imports included Russia and Ukraine and had been importing dogs from Syrian for the past ten years.

Masri said the number of dogs in the country couldn’t be calculated because there were no statistics for this. But the dogs which were imported annually were around 1,000 and those that are exported could reach up to 5,000.

He said: “Today all types of food, vaccines and medicine are brought into the country via smuggling routes or privately imported and are monopolized by one person, which raises the prices of food and medicine.”

Masri said there was work being done to set up a workshop to manufacture food for dogs and cats, saying that he needed raw materials most of which are imported. He said that there were some people buying food in bulk, that this was not produced nationally.

Regarding the imported food, he said that the dry food is made of vegetables, eggs, oil, and proteins and is treated together in a technical manner and placed in special containers at various weights. Their prices range from 1,200 to 4,000 Syrian pounds per kilo, and a dog needs about 100 grams a day, and a cat 30 grams. Therefore the approximate costs for the dog reaches about 50,000 pounds with food and medicine. He said that food was smuggled into the country through a company that participated in the Damascus International Exhibition and what was sold at the exhibition is the same as what’s sold in the market.

Animal health director at the Agricultural Ministry, Hussein Suleiman, said that in 2017, there were 53 dogs and four cats licensed as well as seven training locations and farms. Last year, 25 dogs and five training locations and farms were licensed. This year, three dogs were licensed in Damascus Countryside and one training farm, and in Suweida one cat was licensed. In Aleppo just one farm was licensed. Last year, 11 dogs were brought from the UAE and 100 were exported to Germany and Jordan.