While the cost of daily goods has skyrocketed, wages in Syria have not changed, leaving many families struggling to make ends meet reports Asharq al-Awsat. 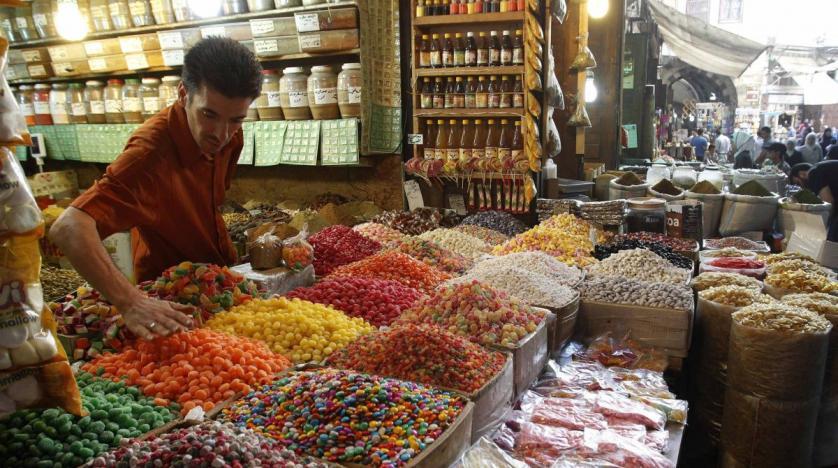 With less than 30 days left until Muslims worldwide observe Ramadan, a holy month in which the religious fast from sunrise to sunset, Syrians back home are struggling to make ends meet with living conditions continuing to decline for the majority in the war-ridden country.

Eight years into conflict, and still going, Syria has witnessed staggering inflation in commodity prices, with as many as 12 increases being documented. Skyrocketing rates, a depreciating national currency, which plummeted from a pre-war exchange rate of 50 Syrian pounds to 550 pounds to the dollar, and stagnant wages have exacerbated the plight of countless Syrians, with World Bank statistics showing that nearly 87 percent of the population are living under the poverty line.

Food staples such as vegetables, fruits and meat were overwhelmingly affected by the price increases. The economic and financial crisis in Syria has also had fallout on the country’s supply of gas and oil byproducts essential for domestic necessities, such as heating and electricity.

In Syria today, a kilogram of potatoes is on average selling for 400 pounds, tomatoes at 500 pounds, eggplants at 600 pounds , green beans for 1000 pounds and garlic 2,000 pounds. The rates are astronomical given that the average wage earned by Syrians remained fixed throughout the civil war.

“We are making do with eggs. Ramadan is around the corner, “Abu Marwan, a Syrian senior, noted with desperation cracking through his voice.

Even though Syrians expected the 2019 spring solstice to lower the prices of seasonal produce, it had a contrary effect, leaving many at markets shocked by tripled rates.

This year’s Ramadan, which starts on May 5, 2019, is the eighth one Syrians have observed since their country descended into turmoil back in 2011. Ramadan’s traditional meals and rituals, cherished by Damascus residents for centuries, will likely remain on hold one more time as Syrians continue to suffer.

Mariam, a pseudonym , a Syrian housewife to a family of six, says that most families are “destitute.”

“Ramadan has become a burden to us. If the family during a normal month needs 300,000 pounds to get by, the budget has more than doubled during this month,” she tells Asharq Al-Awsat, while noting that it will be difficult to explain to children the why foods they see at markets aren’t available at home.

“We have forgotten how beef tastes,” a government employee, speaking under the condition of anonymity, tells Asharq Al-Awsat while recounting the suffering of Syrians.

“The government has left people to chance … they do not care if they do not eat at all … or, if they eat dust and stones!” the employee adds, demanding that the state increase wages for public workers so they can meet the rising costs of living.