Reports of the possibility that Iran could take control of the port of Lattakia have ramped up tensions between them and Russia, as the two countries jostle for influence in a post war Syria writes Ana Press. 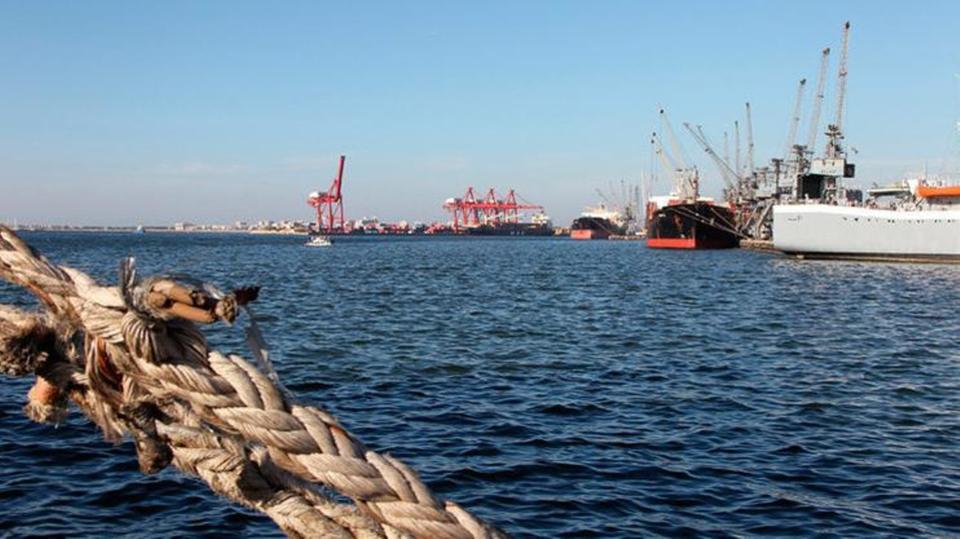 As part of its ongoing efforts to expand, extend and penetrate into Syria, Iran has begun talks with the Syrian regime to take over the Lattakia port, with the aim of securing a commercial route from Tehran into the Mediterranean Sea, according to the BBC website.

This has stirred questions about Russia’s position on the regime handing over this port to Iran, which suggests the possibility that there could be confrontations between Moscow and the Assad regime—or with Iran—over this, especially given that Russia does not want Iran to approach the Syrian coast.

According to the BBC, the talks began last month to transfer the container port in Lattakia, which is about 150 miles north of Damascus, over to Iranian administration from Oct. 1—that is, when the lease ends.

The London-based Al-Araby Al-Jadeed newspaper has also revealed that there have been disputes, caused by a crisis of trust between the Syrian regime and Russia, after Bashar al-Assad’s visit to Tehran. According to the paper, the matter of Bashar al-Assad allowing the Iranians to administer the Lattakia port has stirred Russian ire, especially given that Russia considers the port integral to its security in Syria, and that it has signed agreements with the Syrian regime for a long-term presence in the area.

The paper confirmed that Iranian companies tied to the Revolutionary Guard have begun shipping goods through the port, indicating that Tehran could use it as an alternative route to transport weapons into Syria, which in turn could lead to new Israeli airstrikes and increasing tensions between Russia and Iran at a time when the two are fighting for influence in post-war Syria.

The paper added that Russia does not want to see Iran close to them. The paper quoted its sources as saying that, “despite the fact that both of them are fighting for Assad, there are differences and competition between them.”

Commenting on the Iranian expansion into Syria, the Syrian opposition member Samir Nashar told Ana Press that in light of the American sanctions on Iran, which were strengthened after the cancelation of the nuclear deal, Iran is trying to find ways to break the blockade imposed by the United States.

According to Nashar, “Iran needs an important and necessary outlet to the Mediterranean to access Europe, which opposes the American sanctions and is still maintaining the nuclear deal with Iran. If Iran succeeds in dominating the Lattakia port, it will have made a major achievement in accessing the world through the sea.”

Regarding the Russian position on Iran’s expansion, the Syrian opposition member believed that, “it’s too early to answer that question right now given the common but sometimes contradictory interests between the Russians and Iranians, especially in light of the West’s rejection of reconstruction before a political solution based on Geneva, and not Astana, is implemented.”

Nashar believes that, “President Hassan Rouhani’s visit to Iraq with a large delegation of businessmen, companies and economic bodies in Iran, where they signed many agreements with the Iraqi government, also comprised an important economic outlet for Iran, which will help lighten the impact of the blockade.”

Journalist Ahmed Mudhar Saadou told Ana Press that “the Iranians today believe that Russian interests are competing with them in Syria, and they are trying to pounce on what remains and to send a message to the Russians that they can take the Lattakia port, while the Russians control Hemeimeem and the Tartous port. This is a conflict of interests and will escalate in the coming days.”

Saadou closed by saying, “It seem that the Iranians, who are enduring extremely difficult economic conditions, cannot afford to give up on their interests in Syria. The American blockade is forcing them to call up the Syrian regime’s debts from the unlimited Iranian support during the years of Assad-Iranian-Russian aggression against the Syrian people.”

The Syrian government has previously signed a long-term economic agreement with Iran that covers various sectors, most importantly oil, electrical energy, agriculture and the banking sector.