The economic sanctions imposed on Syria, have increased the pressures inflicted on the Syrian people reports SANA. 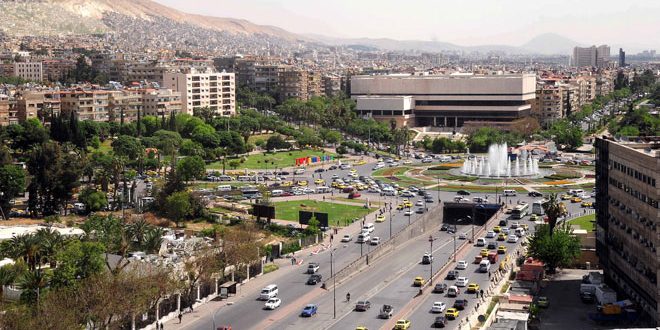 Economic warfare, whether by preventing trade, exploiting mass media or punishing those who help Syria, has several short-term and long-term goals; essentially they seek to create economic problems that cause division in Syrian society and affect the investment environment after it saw improvement recently, as this economic warfare seeks to drive away investors and businessmen.

The most prominent goal of the sanctions against Syria is to stall local production in order to transform Syria into a consumer state, subservient to other countries, instead of being a self-sufficient productive state.

The effect of economic sanctions and embargoes on living conditions are nothing new to Syrians; according to economic analyst Shadi Ahmad, ever since Western states prohibited the importation of petroleum from Syria, the annual income of the state’s budget was affected, thereby reducing the government’s ability to provide the local market’s needs, compared to how things were before 2011.

Ahmad mentioned other steps that put pressure on the economic situation, including preventing some oil tankers from entering Syrian waters, even though this is illegal, but this happened nonetheless and caused shortages due to the lack of fuel.

He also mentioned the EU’s sanctions against Syrian businessmen to restrict their business practises, which previously contributed to providing supplies and goods to the Syrian market, in addition to the decisions to restrict money transfers by Syrians abroad, which has also had detrimental effects.

The most recent hostile acts that target Syrian economy is the bill passed by the US Congress, which bears the hypocritical name “Caesar Syria Civilian Protection Act” despite the fact that it effectively cuts off essential and necessary supplies for the Syrian people.

Ahmad said this act seeks to punish non-Syrian companies, whether they are Russia, Chinese, Indian or from some other nation. If they provide Syria with any of the essential materials needed by the economic sector, they are subjected to sanctions.

The Caesar Act targets any potential contributor to the funding or implementation of reconstruction projects, power sectors, civil aviation companies, and the Central Bank of Syria.

Political analyst, Maad Mohammad, told SANA that the reason behind the escalating sanctions is the realization that Syria is close to achieving victory, as the country and its allies make progress on the political, economic, and military tracks.

Mohammad said that when Syria’s enemies saw that economic conditions were improving in Syria, they worked to undermine this improvement with sanctions, along with using sanctions against states that support Syria including those imposed on Iraq, Iran, and Russia.

He described the current situation as an, “embargo of a new kind, a vicious economic war,” noting that the war isn’t over yet and its impact on the state’s resources is still considerable. He added, “What good is it for the state to be able to afford oil tankers, for example, if these tankers can’t reach Syria because of sanctions or attacks by US proxies.”

Mohammad went on to note that there are malicious social networking pages and accounts that actively seek to exploit the needs of the Syrian people and to turn them against the government and create division.

He concluded by saying economic conditions will be in a state of flux in the coming stage, until a final political solution is reached, and until then officials must find solutions to use available resources in the optimal manner and provide citizens’ needs.