US Secretary of State, Mike Pompeo, is visiting the Middle East to try an secure support for America's policies and its post Syria strategy writes Al-Watan. 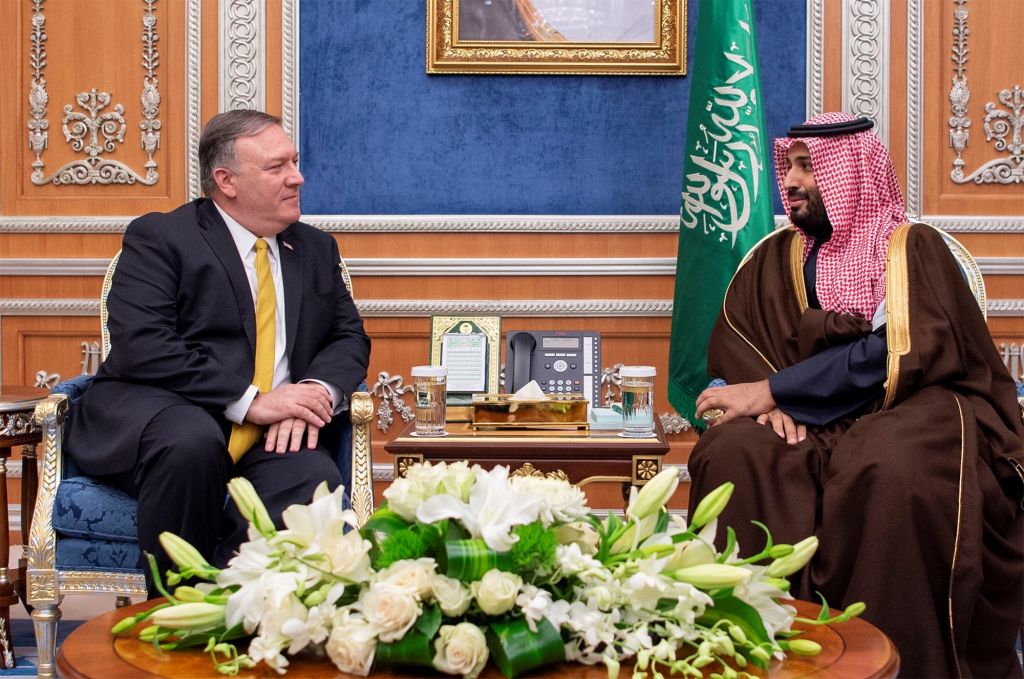 No sooner had US Secretary of State, Mike Pompeo, began his Middle East tour than hopes of a Arab-Syrian rapprochement faded.

The US Secretary came to line up the ranks of his country’s allies in the Gulf and Egypt behind the American strategy, which is taking shape against Iran and its regional allies. Thus rapprochement with Damascus fell outside the American scope, at least at the current time, until pressure mounts on Tehran and it produces more results related to the demands of President Donald Trump’s administration.

The Arab states stopped their efforts to restore Syria to the Arab League, and it is likely that Syria will not participate in the Arab economic summit in Beirut, or the Arab summit in Tunisia. This has been accompanied by Egypt tightening its tone regarding Syria’s return to the Arab League, with its Foreign Minister Sameh Shoukry saying that, “Damascus is taking steps in accordance with Security Council Resolution 2254.” Shoukry definitively cut off any doubt regarding the similarity of the position of a number of Arab states with the positions of America and Europe about Syria, when he said that Syria’s return to the League was “tied to the development of the political process to end the crisis.” These statements returned the matter entirely to square one.

Pompeo came to the region to reassure US allies among the Arab states of Washington’s determination to contain Turkish ambitions in Syria, even when it is withdrawing from the country’s east. This comes in exchange for strict adherence to standing alongside the American administration in its attempts to curb Iranian influence in the Fertile Crescent. America is counting on a change in the Turkish position regarding the American withdrawal after a visit by the National Security Adviser, John Bolton, to Ankara, armed with Israeli support and Trump’s strict position on protecting the Syrian Democratic Forces, which is led by the Kurdish People’s Protection Units, which the Turkish government considers to be nothing more than a terrorist group and a Syrian extension of the banned Kurdistan Workers’ Party in Turkey. While Pompeo was moving from one Arab country to another, Israel struck storehouses close to the Damascus International Airport, in an indication of Israel’s refusal to open up to Syria.

Accompanying Pompeo’s Middle East visit, the Under Secretary of State for Political Affairs, David Hale, arrived in Beirut to “stress America’s worries about Hezbollah destabilizing activities in Lebanon and the region,” which led to more doubts about the imminent birth of a Lebanese government. American signals are reaching Lebanon, with new language from the head of the Future Movement, Saad al-Hariri, who is tasked with forming the government, as his sources leaked that he is “not ready to surrender to Hezbollah the upper hand in imposing its control over the government.”

This American mobilization of the forces in the Middle East will have implications for the policies of the Astana tripartite of Russia, Turkey and Iran, as these countries are preparing to hold a summit for their leaders in the coming days in order to search for means of dealing with the next stage in the region after Trump’s declaration.