Efforts are being made to create an opposition political body inside Syria, but conflicting interests and not helping the process reports Al-Modon. 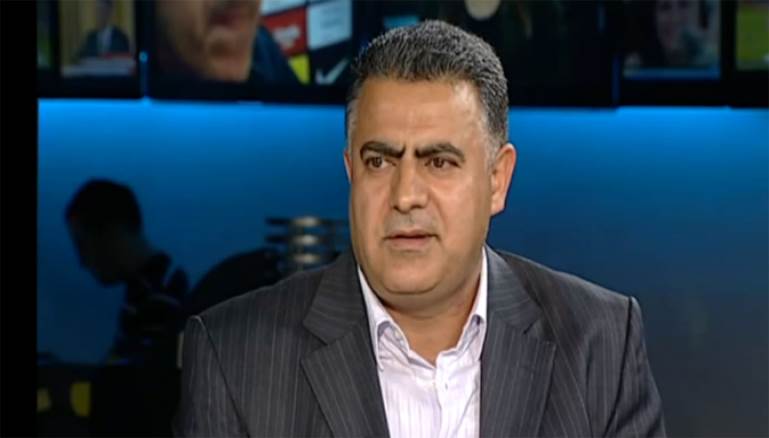 The former deputy head of the Negotiations Committee, Khalid Alwan al-Mahamid, welcomed the reopening of the Emirati Embassy in Damascus, saying in a television interview that a group of Arab countries would reopen their embassies in Damascus, except for Qatar, which he predicted, “Damascus would not allow.”

Mahamid said that, “Syria’s role most be restored as well as its seat on the Arab League. There are countries including Saudi Arabia and Egypt and the United Arab Emirates who are working seriously in this respect.” Mahamid spoke of the need to “defend the political solution and to begin reconstruction and stability in Syria through Arab efforts, which limit the role of Iran and Turkey.”

Mahamid said on Twitter, “Lifting economic sanctions on Syria has become a necessity. These sanctions have increased the suffering of the Syrian people, whether they are inside the country or are expatriates.” He appeared to attack Turkish policy and to be open to the regime. So how could the deputy head of the Negotiations Committee turn from opposition to favoring the regime and adopting its rhetoric?

Mahamid, who was imposed on the Negotiations Committee following the Riyadh 2 Conference, had played a central role in ensuring regime forces regained control of southern Syria through his contacts with armed opposition leaders. He put pressure on them to accept the Russian solution and to hand over heavy weapons to the regime. Since that time, Mahamid has worked seriously for a solution, and it is said that he is working on forming an opposition political body inside Syria.

Mahamid resigned from the Negotiations Committee in October 2018 in a deal to keep his relative, a commander in the so-called “Sunni Youth Forces,” Ahmed al-Awda, as a member of the committee. The Committee had been under major pressure to expel Awda after he had signed a “settlement” with the regime and was made a commander in the Fifth Corps backed by Russia.

At the end of October 2018, Mahamid visited Jordan and met with some officers who defected from the regime as well as some opposition leaders to persuade them to return to Syria with “Russian guarantees” to work to form a political body to pave the way for a “Syrian-Syrian national dialogue conference.” Recently work has begun to form “committees” from the Daraa and Quneitra provinces to choose representatives to attend the “National Dialogue Conference” which Mahamid has said will be with Emirati funding and Russian backing.

By organizing the National Dialogue Conference, supposed to be held inside Syria and overseen by regime security agencies and with its representatives in attendance, according to Al-Modon’s sources, Mahamid aims to, “form a political body representing the opposition inside the country, with the aim of circumventing the international resolutions calling for a political transition for the authorities in Syria, and to shrink opposition demands of regime change to demands to secure the needs of people, provide services, and to release juveniles from regime prisons.

Despite this, sources told Al-Modon that there were four “committees” divided against one another and competing to choose representatives of the south for the conference. The first is in the northwestern Daraa countryside, and including Jalal al-Halqi, who worked for many years to buy land and property for Iran in the area, as well as Abdel Qader al-Nasser and the former Minister of Local Administration in the Interim Syrian Government, Mohamed Sarour al-Mathib, with support and oversight from the National Security Bureau, which is headed by Ali Mamlouk. This committee came out of a list composed of 12 people representing Daraa, however Military Security rejected the names of some opposition members on it.

The second committee included representatives of what was known as the Reform Authority in Houran and the Houran Revolutionary Council and that Jaish Mu’tazz Billah, as well as the March 18 Division, including Ahmed al-Baqirat, Ismail al-Hajj Ali, Adnan al-Sharif, Fouad al-Shadidi, and Ashraf Hariri. This committee is backed by the Military Security in direct coordination with its president in the south, General Louay al-Ali, and through the former opposition commander, Mahmoud al-Bardan, who is close to Russia. This committee decided on a list including 180 people representing a consultative committee to select representatives for the National Dialogue Conference.

The third committee works under the supervision of an official for reconciliations in the south, Mazen al-Hamidi, and included the reconciliation committees that were present before regime forces took over the south, backed by the Air Force Intelligence.

The fourth committee includes representatives of what is known as the opposition “oversight and follow-up authority” whose tasks were limited to submitting periodic reports to the military operations rooms, with representatives including Ra’ad al-Amer, and Abou Ahmed al-Hawidi, with Russian backing and Emirati financing, and oversight and coordination with Khalid al-Mahamid.

All of these opposition actors, civil and military, existed during the time the opposition controlled the area and were completely replaced when the regime took control over the south, however their members remained in touch with one another.

Mahamid’s talk of curbing Iranian intervention in Syria seems to be selling an illusion, and accords completely with the justifications of some Gulf states opening up to the Syrian regime. Iran today penetrates all segments of Syria, including the four committees which Mahamid is portraying as fighting Iranian expansion. This is apart from Iran’s long arms in Daraa through “civilian” associations such as al-Zahraa, and Ahbab al-Qaed al-Khalid, and its ideological armed militias that are competing to conscript former opposition fighters—and it seems Jalal al-Halqi’s role is blatant in the first committee.

According to Al-Modon’s sources, the dispute between these actors and committees increases the regime’s support for some of them while attempting to curb the role of the others, in an attempt to deepen the divisions among them. This is aided by the opposition remaining in a constant state of fragmentation, which has effectively prevented the possibility of forming an “opposition political body inside”, and despite this Mahamid is insistent on selling the delusion.