The Syrian Network for Human Rights have said that it is likely that Hayyat Tahrir al-Sham killed Raed al-Faris and his companion because of their activism. 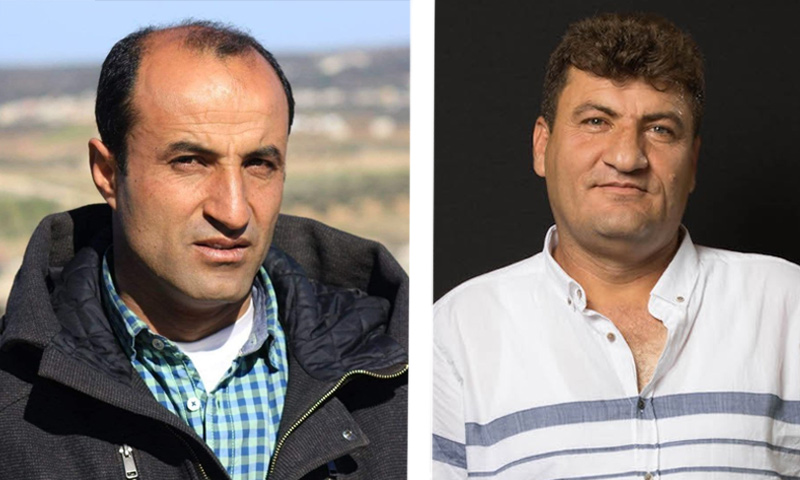 The Syrian Network for Human Rights has suggested that Hayyat Tahrir al-Sham was complicit in the killing of the activists Raed al-Faris and Hammoud Janeed in the city of Kafranbel in the Idleb countryside on Nov. 23, 2018, based on information related to the activists’ relations with the group, which controls the city.

In their report, the network said that the assassination of Raed al-Faris and his companion came following their activism and contributions to a number of civil and awareness projects, and their repeated criticism of oppression and extremist groups, which made them a strategic target for these movements.

The report revealed that Faris had received many death threats from officials and security figures in Hayyat Tahrir al-Sham, the pace of which increased after the group arrested the lawyer Yasser al-Saleem on Sep. 21, 2018.

The report said that Hayyat Tahrir al-Sham was in near-total control of the city and, “subsequently it has responsibility for protecting its residents first and foremost. It also has not denounced the killing or started any investigation. They have been content to entirely disregard the terrorist attack, which shook the city and killed one of its most important residents. The extremist Islamist group have also been known to use these types of killings and assassinations.”

The report said that Hayyat Tahrir al-Sham had dissolved the local police and that its fighters had become the only ones responsible for security, which indicates that the group had a direct interest in getting rid of symbolic figures, who were above their own and who were able to influence residents in their areas and openly oppose their extremist projects.