The Air Force Intelligence is notorious for their use of torture and rape as a means to extract a confession or as punishment writes Zaman Al Wasl. 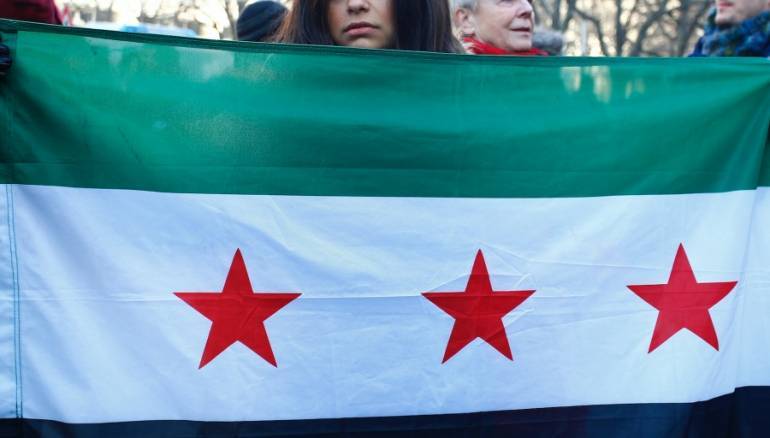 Behind bars in the prisons of Bashar al-Assad, time stops, the minutes pass slowly and heavily and the days are all alike. The faces may differ, but the accumulated suffering remains the same. Those who make it out, recount the same stories, which have the same gist but with slightly different details.

Some of the painful events that have befallen me and my fellow female prisoners are firmly and perpetually entrenched in my memory. The most difficult time was in the evening, when new female detainees came from the security branches to the terrorism wing in Adra prison.

The older prisoners encircle the new ones until the place becomes similar to cells of bees. They try to comfort them and to ease their pain as they divide themselves up. Some women would heat up the shower water, others would arrange the place, others would collect the rest of the food, and others would look everywhere for pieces of used clothing to no avail.

After a dark and gloomy trip to the security branches, some girls managed to leave the terrorism wing of Adra prison easily, even during the first session of the Aleppo trials. Others, unfortunately, are still awaiting their release or their execution.

One evening, after a month inside the cells of that terrible wing, the security branches brought a batch of female detainees to Adra prison. Most of them came from the Air Force Intelligence, including a dark skinned, tall girl, wearing a black coat, white shoes and a black veil covering her head. She would burst in bitter tears and then inexplicably calm down. Fatigue and exhaustion were visible on her, as she had dark blue spots covering her whole body, and traces of burning that suggested she was tortured with electricity. She also had other pink marks that showed further evidence of her subjugation to cruel torture. Nothing was special about this girl other than her unlimited goodness and simplicity.

In an attempt to console her, I told the 23-year-old girl that I had been detained for four months. She was arrested by the security forces near the eastern countryside of Damascus. She was wearing her burqa before it was confiscated. She only had a primary education, and asked me if her bleeding “ down there” can affect her health, and I was shocked to learn that her only concern was her potential pregnancy since she had lost her virginity in the branch of the “air security” after being raped by a security guard. As he was raping her, the security officer was repeating, “ This is what you wanted. You brought this upon yourself. Traitor.”

With a face filled with shame, she confirmed to me, “Actually, it was not done by only one security officer. There were many of them and they took turns in raping me, every now and then.” She went on saying, “The dogs! They did not even care to give me a pregnancy contraceptive. And now, it’s been four months since I last had my period.” She asked me if she should inform her family about the rapes. It was a question that I tried to evade. My pressure went up, which is a normal response considering how many women have suffered the same fate as this girl. Most of them kept the secret to themselves.

A week later, she was asked to appear before the court responsible for terrorism cases. The judge convicted her on charges of helping and financing militants. She was returned to Adra prison. She suffered a complete nervous break down. She screamed from the bottom of her lungs,“What have I done to deserve this? Somebody tell me, somebody, explain!” Nobody could tell her. All the women arrested here don’t know the reason of their imprisonment. The majority of the charges are of course fake; smuggling bread to free cities, providing medical assistance to revolutionaries, providing medicine. This is the lowest humanity can reach; a trivial charge can immediately send you to death row, or kill you slowly.

During her time on the terrorist wing of Adra prison, with the aid of wealthier detained women, she worked to collect a small amount of money to secure her needs and to pay for telephone calls with her parents.

Two and a half months after she was sent to Adra prison, she was surprised by the decision to release her. Her release came with these exact words, ”Arrested for similarity in shoes.” In an attempt to justify their position, they told her parents that a girl working with the “armed revolutionaries”, who was under security surveillance was wearing shoes similar to that of the victim.

In our last goodbye, she said to me in her innocent voice and her simple terms, “for a similarity in shoes, I lost my virginity and they took turns in raping me. God damn them; and God damn their shoes.”

Assad’s criminal security agents could not extract any confessions from that poor girl during the time they held her underground and tortured her, but they were able, nonetheless, to mercilessly take away the most valuable thing for an oriental woman, her honor.