A center in Idleb is dedicated to reintegrating Syrian women prisoners into society, a particularly challenging taks, Ana Insan reports 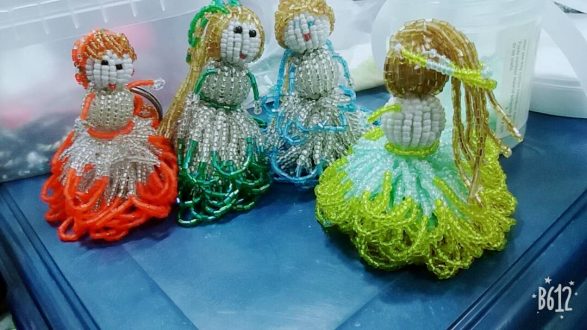 Salam was arrested in the regime prisons and moved between a number of branches before she was released after spending more than a year and a half in the dungeons of torture, oppression and darkness.

After she was released from prison, Salam did not have her path filled with roses, as she was struck by the difficulty of reintegrating into society. But in the “Hararni” (Free me) Center, she found a place that gave her psychological, social and professional support.

The center opened in Idleb with the aim of empowering prison survivors and taking their hands to help them gain self-acceptance and to restore psychological balance, as well as train them for various professions to improve their living conditions.

Salam, 24, spoke of the extent that she benefited from the center’s services, saying: “The center gave me various assistance that made me rebuild myself and face my difficulties and return to my life with more strength and determination. It also enabled me to improve my situation by continuing my university studies.”

Walaa Ahmadou, 40, the head of the center, told Ana Insan about the motives for its establishment, saying: “After being released prisoners often remain under security threats with prospective trials and unclosed security files, which pushes them to go to liberated areas, and then they confront the difficulties of integrating into a new society without support or care. Therefore, the center opened in the Idleb countryside to prepare prisoners and reduce their suffering and to reintegrate them into society.”

Ahmadou said that the center’s programs included programs for psychological support carried out by a specialized psychologist, in addition to political awareness programs through sessions about international law, women’s rights, and prisoners’ rights, according to international customs and values, in addition to professional programs to train beneficiaries in some women’s handicrafts and professions. She said that the number of beneficiaries of the center had reached 40, in addition to a number of people affected indirectly by arrests, such as the wives and children of those arrested.

Abeer, 35, from the eastern Aleppo countryside found an outlet in the center after she was released from prison. Regarding her suffering, she told Ana Insan: “When I got out of prison, I found everything around me changed. The thing that pained me most was the looks of blame from society while the memories of prison and beating and torture and poor treatment were still inside me, which pushed me to put myself in a voluntary prison to flee from my situation.”

She adds, speaking about benefiting from the center: “The center helped me to be freed from the psychological prison, and established real changes in my situation. My colleagues in the center understand the suffering that I passed through, and so they were a real treasure for me after pain and destiny brought us together.” She said that she was able to learn the craft of wool and silk weaving, and that she was able to work with a shop to sell the products she made. This has allowed her to secure her own money without burdening anyone.

The psychological counselor, Baraa Khamoura, 35, from Maarat Nouman, spoke of the suffering of prisoners, saying: “Prisoners live between two fires — the first is the prison which not even the most powerful men can bear, and the second is the oppression from the surrounding society which casts a shadow over them after they get out of prison and which could be even harsher than the prison itself.”

Regarding the psychological diseases which prison survivors undergo, she adds: “Imprisonment is one of the heaviest humanitarian crimes and one of the most psychologically traumatic because Syrian jailers torture their victims to create a state of terror and fear inside and outside the prisons.” She said that: “Most women who are victims of imprisonment suffer from various psychological ailments, as they live in a state of isolation and fear. These disorders feed on the relations between the survivor and the way they deal with the problem on one hand and the social environment and their position toward the problem on the other.”