As European leaders meet to discuss Syria, they have acknowledged the victory of the Syrian government and are working to be included in the reconstruction writes Damas Post. 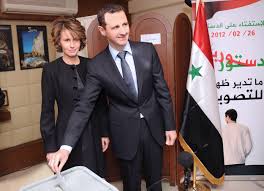 The Russian newspaper Kurier, said that the talks underway in Istanbul between Putin, Erdogan, Merkel and Macron have put the Syrian opposition out of the game. The newspaper added that it could be said that the meeting’s results will be symbolic, despite its major importance, as Germany and France have acknowledged the victory in the war, the unity of Syrian territory, and the choice of the Syrian people.

Kurier said, “Symbolically, the negotiations were very important, unlike their content. The words spoken in Istanbul about the Syrians wanting democracy and waiting for elections were unimportant, as everyone in our country and in Europe is aware that Bashar al-Assad will win in these elections.”

The newspaper said that despite the fact that the European participants had expressed reservations such as “Assad should go,” they acknowledged the reality, and said that they were joining the Astana formulation for Syria negotiations. France and Germany are joining the joint efforts to normalize the situation to a large extent, because they want to secure their post-war interests in the republic — the interests of national companies before political interests. The reconstruction effort has begun, with factories and workshops being built, and the European business sector has an interest in participating in this process.

The newspaper said that “in Europe, they finally understand that the Syrian opposition they supported has become completely divorced from reality and from the people, and in truth do not represent anyone. Syrians are living their lives. Some with the government, some against it… and the government are carrying out their policies and are preparing for elections, while the opposition is its own world, receiving very good money from their foreign sponsors. The negotiations which the Syrian government is leading, have actually become a discussion over the future political fate of specific figures.”

The newspaper believed that the Istanbul talks served as an acknowledgment of the military victory of the Syrian people and as a way to establish their political and economic interests.

It closed, “Klausewitz once wrote that a motivation for peace can be, alongside inability to resist, or doubts about victory, the very high cost of continuing. The last characterizes the position of Western countries, which are now joining the process of normalizing Syria’s situation.”