Syrians are still seeking their own freedom, and trying to achieve their own goals inside and outside of Syria 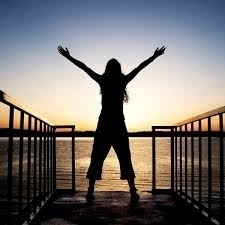 "Is this the freedom that you want?" Those words form one of the most famous sentences repeated by Assad forces while shooting on the rebels and demonstrators in the streets. The sentence, especially when spoken spontaneously during the beating or killing of people, always raised millions of questions.

What is the freedom that Syrians were seeking? Today, while the Syrian Army and many Islamic fighters can be found in every corner and well-guarded in their forts, other Syrians are still seeking their own freedom, and trying to achieve their own goals inside and outside of Syria.

Leaving aside the true definition of freedom in terms of the struggle between democracy and liberal democracy, but staying close the core meaning of freedom, The Syrian Observer surveyed some cases of personal revolutions made by people seeking other kinds of freedom. To do this, The Observer interviewed some of those people, some in Lebanon in person, and others via phone calls and Skype.

The following is what these people had to say:

This is my own revolution my own freedom

Nina, now 30, was raised within an Islamic household. Her family was politically moderate, but socially very conservative. She wore "Hijab," a veil, starting at the age of nine, and wore a "Qubaisieh" uniform when she was 19. Controlled by strict rules, she says, “I've never been myself. I was living as they told me to live, following their way, not my own.” After the Syrian revolution turned to war, she decided to flee to live in Lebanon. Once there, she struggled to decide whether to stop wearing her veil. It took her a number of steps, and now she is completely unveiled, living her “own” life.

Ironically, Nina is now living with a roommate who has a completely different story.

Shaza, who is 28 years old, was born in an extremely different family that works in the notorious "Al-Tal" nightclubs. Since she was 13, Shaza was brought up to dance in front of tourists from the Arabian Gulf. Six months ago, Shaza discovered that her brother, who had gone missing, had joined the Free Syrian Army and was killed in Aleppo. She made the decision to wear a veil and to follow a different path in life, though not because of the shocking news of her late brother’s fate. Surprisingly, it was due to her long-held desire to wear a Hijab, she says. However, lacking the courage to make such a decision while in a community like the one she was raised in, she delayed her desires. These two women living in Beirut had almost the same answer when asked about their opinion of the Syrian Revolution. They said that none of this could have happened if it was not for the revolution. This story is just an example of many others.

Coming out of the closet

We talked to Syrians that had escaped to big cities such as Beirut, Istanbul, and Cairo—though not as war refugees. Hearing their words took us from one story of cohabitating couples to another. Some have become roommates as a result of essential needs, and others are partners living together without marital cover, including gay couples. Many homosexual Syrian couples came out of the closet in the past two years; some of them are open about their sexual identity while others still discreet.

Mania, 28, and Susana, 32, have been together as a discreet lesbian couple for more than three years. Both of them got divorced after short, unfulfilling marriages, and have been living together in Jaramana in the outskirts of Damascus. “Nobody questioned two girls living together in our community,” say the two women. “Even when we moved to Beirut seven months ago nobody ever questioned that. But as a part of our own revolution, seeking our own freedom, we decided to open up about our sexual statuses, starting with our close friends.” They add, “the small circle became bigger, and now our status is known by almost everyone in our community.”

Originally from Aleppo, Nadeem, 24, lived in Damascus, where he was part of the gay community there. He had always been sure about his sexual orientation, but was unable to face either himself or his family. He mingled in the gay scene, though typically kept his distance. For the past two years, he has quietly had a boyfriend. After moving to Istanbul, Nadeem decided to face his fears and came out of the closet, by telling his older brother about his sexual orientation. His brother was shocked to hear the news and stopped talking to him for a short period of time, before eventually changing his mind to supporting Nadeem. His brother has stood by Nadeem’s side while the rest of the family was against him. Now, Nadeem is living with his boyfriend in Istanbul, where he participated in the march to the streets that took place there to support gay rights in Syria. The march was supported by the first-ever Syrian gay rights magazine, Mawaleh.

From an individual act to an organized work: Mwaleh

Mawaleh is the first Syrian magazine that dares to talk about homosexuality in a way that eschews political discussion, claim its publishers. The magazine called for the first march in history for Syrian gay rights. Of course, it didn’t take place in Damascus nor Aleppo, but in Istanbul.

In one of his interviews, Mahmoud Hasino, the founder of this e-magazine said, "As part of the gay community, and after the march in Istanbul, I was more sure than ever of how difficult our journey will be. This is especially true after the revolution, because all the political parties, whether with or against the regime, are supportive of stripping us gays of our rights, and marginalizing our role in society at present and in the future.”

“But the question we ask at the end is, would the gay march in Istanbul have come to reality if it was not for the revolution and its effect, bolstering our courage, for [both] the people who were directly involved in the revolution, and those people who had their own revolution in the shadows?”

At the end of this article, we arrive at the tragicomic conclusion that, in spite of all the kinds of liberation explored above, all the names are pseudonyms. The temporary freedom is literary –a temporary freedom waiting for so many simultaneous revolutions to create real individual freedom. This brings us back to the end of our discussion with Nina. We asked her, “Today, you are living in Beirut. What if you go back to Damascus, will you be able to wear the Hijab again?” She hesitantly answered, “It's another fight, but I do not think I would wear Hijab ever again, no matter how long the fight will last.”