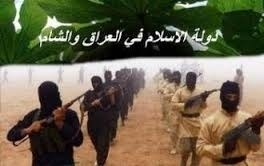 The Islamist extremist groups have made further steps this week to rescue the Assad regime from the muddle it found itself in after it disgracefully accepted to give up its chemical arms.

A week ago, clashes erupted between the radical Islamist State of Iraq and Sham (ISIS) and the Free Syrian Army in the border city of Azaz. The extremist group took control of Azaz after an hours-long battle against what had been the town's main fighting group, the Northern Storm brigade.

Later, members of the same group targeted the Razan Zaitouneh, the peaceful leader of the Syrian revolution in the Ghouta Area near Damascus. They threatened Zaitouneh to leave eastern Ghouta, where she has lived for over a year and dedicated her life to help residents to survive the regime’s siege against them. Zaitouneh is a human rights lawyer, co-founder of the Syrian Violation Documentation Center, and one of the civil leaders of the Syrian revolution since the very early days. She has spent entire life defending human rights and representing prisoners of conscience. She co-founded the widely respected revolutionary umbrella the Local Coordination Committees (LCC), and won several prestigious awards. She currently lives in the Damascus countryside, helping people to resist the continuous shelling from President Assad’s forces on the towns and villages there.

On Wednesday, the Nusra Front abducted a key FSA leader, Fadl Zein al-Deen, along with some of his fighters from the city of Sweida. Zein al-Deen is a Druze leader of an FSA battalion, The Sultan al-Atrash Battalion. The group was kidnapped when it was on its way to the Sharia Court in Msaifrah, Deraa, to protest an earlier incident when the Nusra had abducted two soldiers of the above-mentioned battalion. The group was arrested the minute they arrived at the court. Later, the Nusra Front released Zein al-Deen’s soldiers but kept him in detention.

But the most surprising act was the statement read by the leaders of 13 Islamist groups in which they announced their rebellion against the National Coalition, the major opposition group in Syria, the interim government, and the Supreme Military Council, which coordinates the operations and funding of the Free Syrian army.

Truly surprising really was that the statement was issued by Abdulaziz Salame, the highest political leader of the Tawhid Brigade in Aleppo, which claims to be a ‘moderate’ Islamist Brigade, and part of the Free Syrian Army.

In a video (click here to watch it), Salame said that he speaks for 13 different rebel factions. To make the situation look more grave, the statement is titled “communiqué number one” – which reminds Syrians of the military coups that have always started by announcing a communiqué Number 1.

The statements called on all military and civilian forces to unify their ranks in an “Islamic framework” based on “the rule of Sharia and making it the sole source of legislation.”

It rejected the leadership of the National Coalition and the planned exile government of Ahmed Tomah, stressing that these groups “do not represent them” and they “do not recognize them.”

Mr. Ahmed Tomah, the Interim Prime Minister of the Coalition government revealed to agencies that he is preparing to issue a statement in response to the 13-Islamist defection from the mainstream opposition group.

George Sabra, the Leader of the Syrian National Council said he didn't think the 13 groups "rebelled" against the National Coalition but that they're seeking "consultation."

Anas al-Abdeh, the head of the moderate Islamic party, the Justice and Construction Party, said that "battalions that have signed the statement do not represent the most important army battalions on the ground… there are key brigades that did not sign this statement."

Abdeh added that the future of Syria will be “the choice of the Syrian people through the ballot boxes and election, and no one has the right to impose guardianship on the Syrian people and declare the type of regime or the law that will govern it.”

Who are these people?

The Syria expert Joshua Landis from Oklahoma University says that the signatories make up a major part of the northern rebel force, plus big chunks also of the Homs and Damascus rebel scene, as well as a bit of it elsewhere. Some of them are among the biggest armed groups in the country, and I’m thinking now mostly of numbers one through five. All together, they control at least a few tens of thousands fighters, and if you trust their own estimates (don’t) it must be way above 50,000 fighters.

Landis adds that “if the statement proves to accurately represent the groups mentioned and they do not immediately fall apart again, it is a very big deal. It represents the rebellion of a large part of the “mainstream FSA” against its purported political leadership, and openly aligns these factions with more hardline Islamist forces.”

Landis continued, “That means that all of these groups now formally state that they do not recognize the opposition leadership that has been molded and promoted by the USA, Turkey, France, Great Britain, other EU countries, Qatar, and – especially, as of late – Saudi Arabia.”

Landis quotes one man from the Tawhid Brigade, as saying that more statements are in the making. According to him, this is not just an ad hoc formation set up to make a single point about the National Coalition. He hinted that it’s the beginning of a more structured group, but when I asked, he said it has no name yet. On the other hand, Abdulqader Saleh – Tawhid’s powerful military chief – referred to it on Twitter as al-Tahaluf al-Islami or the Islamic Alliance, but that may have been just descriptive, rather than a formal name.

By these acts, the extremist groups are no longer trying to hide their agenda. And all the nice discourse about national unity and the pledges that the Syrian people will in the end decide what government they want to have through elections have proved to be misleading.

In fact, if we judged by intentions, or if we looked at the beneficiary, we would find that the only beneficiary of these acts is the regime. And one can only wonder about the timing of this series of acts which aim only to increase the people’s concerns about a future Syria if Assad has been toppled.

It is easy to say that the Islamist groups are the other face of the coin; but this is not enough anymore. The ‘moderate’ Islamic groups within the coalition and the National Council, namely the Muslim Brothers, have to be more clear. They have to make it evident that those radical groups are not part of the regime. And that the revolution will fight against both the regime and the radical groups.

Earlier this month, the Arab Reform Initiative published an excellent report on the relationship between the pro-democracy armed groups and the radical groups. What the report concluded is very relevant in here.

“The Sacred Union that had prevented infighting within the armed opposition”, the report concludes, “is not upheld at any price anymore. It should not be seen as further division within the uprising but rather as an attempt at re-gaining control of the resistance and its original objectives.” Yet, the report adds, “it does imply a painful recognition that the conflict has become a triangular struggle involving the regime, radical Jihadis and the democratic opposition.”