The so-called realistic fiqh – jurisprudence – is used by some Muslim scholars to reconcile Sharia as it existed in the era of the Prophet Muhammad with modern life, something that most hard-line Salafis reject 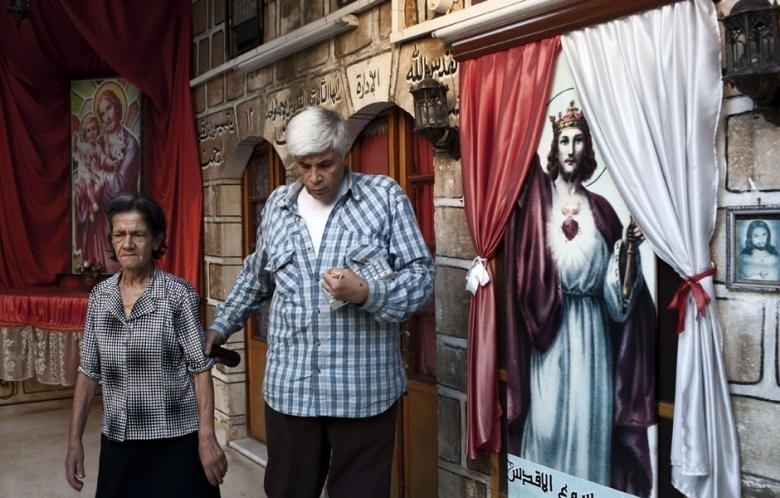 Christians in the Levant are facing dire options: convert to Islam, pay a tribute to the Muslim rulers, or leave the land. These options stem from a 7th century pact offered to Syria’s Christians under the caliphate, which the supporters of Sharia implementation in Syria are currently debating. While the Islamic State of Iraq and Syria (ISIS) is eager to revive the most stringent clauses of the pact, al-Nusra Front seeks to pursue a more pragmatic approach, at least until total victory is achieved.

On December 2, 2013, al-Nusra Front seized the town of Maaloula for a second time. Militants entered the most famous Christian town in Syria, where residents still speak Aramaic, the language of Jesus Christ, and kidnapped nuns from the Greek Orthodox monastery of Mar Takla, in addition to vandalizing several churches. Earlier in June 2013, the historic town first came into the international media spotlight when al-Nusra militants seized it, before being expelled by the Syrian army.

While ISIS adopts a hard-line position calling for the immediate wholesale implementation of Sharia provisions on Christians, including demolishing churches, al-Nusra has a less strict attitude. One leader in al-Nusra, speaking to Al-Akhbar, claimed that the group had not found any man, woman, or child in Maaloula, and said, “The residents fled before we entered, with the exception of the nuns.”

But a man who identified himself as Abu Sarkis, a leader in the National Defense Committees, told Al-Akhbar that as the Islamist fighters entered Maaloula, they cried “God is Great,” and, “O Christians: Convert to Islam and you will be safe.” He added, “Afterward, Christians were told that they had three options: convert to Islam, pay the jizya [a tribute for non-Muslims], or leave.”

It was as though history was repeating itself in the Levant. Indeed, the militants borrowed and adapted the same words uttered by the 7th-century Muslim military leader, Abu Ubaida ibn al-Jarrah, to the people of Syria after the Battle of Ajnadayn: “Islam, tribute, or war.”

The militants’ takeover of Maaloula caught the attention of Christians around the world, but it was not the first Christian town to be seized by armed Syrian opposition groups. Since the beginning of the crisis in Syria, slogans were seen in protests such as “Alawis to the grave, and Christians to Beirut.” Before Maaloula, militants entered dozens of villages whose residents would flee before the militants arrived, after hearing reports of sectarian killings and the targeting of churches. Non-Muslims who stayed behind were soon forced to pay tribute in return for protection.

For instance, in the village of Rableh in Homs in August 2012, a radical group led by an Abdul-Salam Harbeh asked the Christian residents to leave. Dozens of Christians were killed and many of their homes were burned down.

In areas controlled by radical militants in Aleppo, Christian merchants were forced to pay half of their daily profits to the jihadis. Churches and monasteries were attacked with explosives, including the Evangelical Church in Aleppo. Moreover, Christian districts of Damascus like Bab Touma and Bab Sharqi were frequently shelled with mortars, killing many people.

The so-called realistic fiqh – jurisprudence – is used by some Muslim scholars to reconcile Sharia as it existed in the era of the Prophet Muhammad with modern life, something that most hard-line Salafis reject. These practices are seen as the individual actions of radical Islamist groups, as opposed to a unified approach to Christians. However, the so-called Sharia councils of the leading radical groups have begun serious debates on how to deal with the “Nazarenes,”and whether they can be considered dhimmis, or a non-Muslim citizen of an Islamic state.

In this regard, jihadi sources explained to Al-Akhbar ISIS and al-Nusra Front’s different approaches to dealing with Christians in opposition-controlled areas. While ISIS adopts a hard-line position calling for the immediate wholesale implementation of Sharia provisions on Christians, including demolishing churches, al-Nusra has a less strict attitude.

The sources said, “After the text of the pact was invoked, the dispute grew even sharper. ISIS reckoned that the document’s text should be implemented to the letter, while the Sharia experts of al-Nusra called for implementing a realistic interpretation, postponing the matter until after Bashar al-Assad is overthrown and victory is at hand.”

The so-called realistic fiqh – jurisprudence – is used by some Muslim scholars to reconcile Sharia as it existed in the era of the Prophet Muhammad with modern life, something that most hard-line Salafis reject.

Historians are in disagreement over Omar’s pact, but the sources said that al-Qaeda adopts the strictest version quoted by Sheikh Ibn al-Qayyim, citing Abdul-Rahman ibn Ghanam. This translated version states:

I scribbled down what Omar ibn al-Khattab said when he gave peace to the Christians of al-Sham [Syria], placing the following conditions on them: They shall not erect in their city or the suburbs any new monastery, church, cell, or hermitage; they shall not repair any of such buildings that may fall into ruins, or renew those that may be situated in the Muslim quarters of the town; they will not refuse the Muslims entry into their churches either by night or by day; they will receive any Muslim traveler into their houses and give them food and lodging for three nights; they will not harbor any spy in their churches or houses, or conceal any enemy of the Muslims.

That they will not display the cross upon their churches or display their crosses or their sacred books in the streets of the Muslims; that they will not recite their services in a loud voice when a Muslim is present; that they will not take any slaves that have already been in the possession of Muslims […] and that if they violate any of the conditions of this agreement, then they forfeit their protection and the Muslims are at liberty to treat them as enemies and rebels.