Al-Akhbar shares the tales of a few Syrians who have had first-hand experience with the brutal, labyrinthine process of detainment by the regime's security apparatus 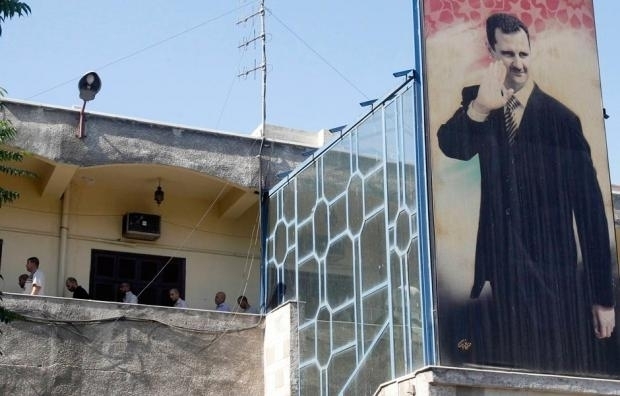 Thousands of Syrians are languishing in the numerous security branches scattered throughout Syria. At the same time, hundreds of Syrians have been kidnapped by vicious armed groups. Beyond all other issues, the cause of the detained and kidnapped is one of the most pressing issues arising from the Syrian conflict.

In a special series, Al-Akhbar shares the tales of a few Syrians who have had first-hand experience with the brutal, labyrinthine process of detainment by the regime's security apparatus, as well as stories of those who have been kidnapped and suffered horribly at the hands of armed groups opposed to the regime. Al-Akhbar cannot independently verify the following accounts.

Mohammed is a 35-year-old freelance journalist from Damascus. He was arrested by Syrian security forces in March 2012, and kept in detention for approximately a year and a half. Once he was released in the autumn of 2013, he left to Lebanon.

The following is his story, edited for flow and length:

“My arrest was on 19th March, 2012 and they kept me for a year and a half, under the justification that I was delivering food and medicine to 'hot areas'.

I was arrested by the civil militia, not army, not intelligence; just people who volunteered during the crisis, getting money for it. They were just civilians holding guns.I was driving from Damascus to Idlib, where I was going to take some pictures. They caught me with two cameras and three or four lenses.

I was arrested by the civil militia, not army, not intelligence; just people who volunteered during the crisis, getting money for it. They were just civilians holding guns. They looked ugly.

It was on the street. There were four or five guys, but I don't know exactly because I was blindfolded. They started kicking me until I didn't feel my body. I just felt numb. They called me names, saying I was a spy, asking why I had those cameras and if I was sending pictures to Israel, or to America.

I said, “No…no I'm just working with some agencies.” At that moment, I was working with an international publication as a freelancer. They discovered that I was taking pictures from my laptop and things. So on the street they were beating me.

I thought I was going to die.

Someone from the intelligence came and said to bring me to the interrogations. He was tall, white skinned, and he seemed sophisticated. He was a lawyer, who, when the crisis started, joined the army security branch. His name is Maymun.

They replied that I was lying. I'm not lying it's my money.

They took my iPhone too, perhaps for the interrogations. And they beat me harder when I said that I had money and they stole it. They stole my Omega watch and my sunglasses.

One of them wore the sunglasses and said, “Now, I'm an opposition member,” while laughing. My watch had silver and red lines, so another one wore it and said, “Now, I'm gay.” The person writing these down was doing it because they were acting like this was legal.

The whole thing was really ugly.

This whole process took three hours before Maymun came. He asked them to remove the blindfold from my face, and he told me: “You are not going to die, you are going to jail because I think you are guilty.”

I remember he said, “You are here in a wrong area. This is a war zone. You can't be here.”

He took me to an intelligence center, in my own car. Some of the men who beat me were driving. I was in the backseat. There was also a girl who was arrested with me. She was a director, doing some documentaries about the war. She was with me all the time, even when they were beating me. She was there standing on the side crying, but they didn't touch her.

They took me to a center in Marat Noman. It was a culture center, occupied because the original intelligence center for the military police was bombed or something. This cultural center was called Abu Alaa al-Maari.

They took me there and put me inside a diesel tank for a day and half. There was fuel inside it, and it reached to my chest. I pissed in there. No one gave me water or anything during that time.

The tank was about two meters long, and about one and half meters high. There were other people, but not in the tank with me. They were near me, their hands tied to the back, some hanging from their hands. This happened to me later, for three days.

They got me out of the tank, and took me to get cleaned. There was an interrogator smiling at me. I saw him smiling because they had removed a blindfold I was wearing the whole time.

He said to me, “I can't sympathize with you because you are a criminal.”

He said, “We think you are supplying the terrorists with armory, bullets, and other things.”

I said, “No! I'm sure you didn't find anything and even if you did, it would have been planted by someone. Not me.”

He said, “We didn't find anything.”

I said, “How could you accuse me of this?”

He said, “We didn't find anything, we just found cameras.”

He said, “Maybe you are dealing with the enemy.”

He said, “Are you working for the Syrian state?”

I said, “No. Do you not have this idea of free media, private media, anything but the state?”

He asked me where I was from. I replied, “from Syria” and that I was born here.

He said, “So you know the rules, and you broke them.”

The worst was Aleppo, at the military security branch. I was in hell. After that, this person left and another person began the interrogation. They blindfolded me again, and I didn't see this new person. Every time I said something he didn't like, he hit me.

My hands were tied behind the back of the chair I was sitting on, so both the chair and I fell over.

I was transferred between eight branches because it took four months for the interrogation process to finish. Each one had a different means of torture.

The worst was Aleppo, at the military security branch. I was in hell.

The cell in Aleppo was three meters by three meters. There were dead men in the same room with me; dead men, bloated, green-blue. They left them in the same room because the guards called it a psychological treatment. I ended up talking to the bodies. I sang with them, and asked them to sing with me. It's a mechanism. You had to believe that they were alive. There were four dead bodies. Like I said, they looked bloated, green-blue, weird eyes. Many showed signs of torture. Some of their legs were shriveled up.

After two or four days, I forget now, they transferred me to a room that was smaller than the previous one and had more than 80 people. There was no room for us to stand, to lie down, sleep, or sit. I remember when the guard opened the door, he always kicked people to close the door again. We were pissing on each other. Shitting on each other. The liquids in that room, with 80 people, was thick. It's all urine and shit.

Most were brought in from demonstrations in Aleppo. At that time, it was the start of the uprising in Aleppo, around March or April 2012. Before that Aleppo was quiet. The authorities thought they could just crush the whole uprising if they arrested people.

Most prisoners were a mixed group. Some of them were really, really old and some of them were young boys, university students. Some even looked rich. They were normal people you would see on the street.

There weren't any Salafists. The Salafists you would find in other detention centers that are much more dangerous, like the Palestine Branch. There you have Jund al-Sham and Hizb al-Tahrir members. I was in the Palestine Branch. I was there when it was bombed. I've been through a lot, you know. So yeah, I was there when it was bombed and I was flung to the wall during the blast and fell to the ground. Anyways, I did see Salafists, men with long beards, even the way they talked you could tell.

Once the interrogations were over, they sent me to the Adra Central Prison. I was there for about a year. It was just a prison. You can buy things if you had money. It was good. There is no torture. But I was beaten, and put me in solitary confinement twice, every time for about two weeks.

The first time I was sent to solitary confinement was because I was informing prisoners of their rights. For example, we had the right to have a bed. We were like 400 people in this ward, and there was only 80 beds. This was unacceptable. So I was telling other prisoners their rights, and someone snitched on me. It's funny, because when I first got to Adra, there was a list, a huge list, stating the rights of a prisoner. It was written on the wall! I memorized it and wrote it on a piece of paper once I was inside. I shared it with people and asked them if they had noticed it. I was just raising awareness of the prisoners' rights.

First they beat me, whipped me about fifty times, and put me in solitary for two weeks.

The second time they put me in solitary was because they said I was arranging demonstrations in jail. This was true. There was bad treatment, we needed medicine for old prisoners, we needed our bread to not be moldy; they were giving us moldy bread and people were getting sick from it. There were blind people, and people with heart sicknesses who had no access to medication. There needed to be demonstrations.

First they beat me, whipped me about fifty times, and put me in solitary confinement for two weeks.Solitary confinement was a small room. The length was about one and a half meters, and height about two meters. It was dark, and underground. And you can't do anything.

I started singing. You have to sing to deal with these things.

They released me after a year, on parole. My father paid a lot for my release. The judge that released me said I must leave the country. He said that if I stayed they would arrest me again for different accusations. He said, “We don't need such people in Syria.”

People are dying everyday in these prisons. I saw about 40 people die in front of me. Most of the time you just see them bleed to death. Even dying took three or four days. I remember there was this guy who had his foot cut above the ankle. It was hanging off, blood going everywhere. I was sitting next to him and his blood was getting on me. I tried to save him with others, but there was nothing we could do. We couldn't remove the hanging foot and we couldn't keep it there. We couldn't do anything and he died.

You don't understand why this happening, these monstrous acts.”