With Syria's rebels nearing the strategic costal city of Latakia, the heartland of President Bashar Al-Assad's Alawite sect, a major change in the Syrian war could be near. But what is clear is that for the fighters, nothing will ever be the same 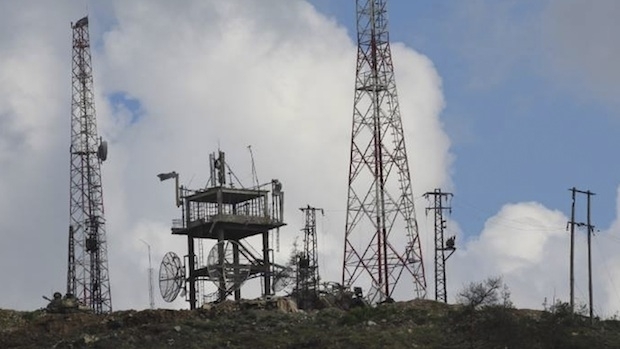 It wasn’t so much what Nabil said that was disturbing, but his appearance. Twenty-one years old, smiling and baby faced, he hardly looked like a man who could kill so easily and without remorse. But just a few days earlier, that is what he had done.

“After we took the apartment building, we searched the place,” he said. “We had reached the last apartment, and we found nothing. But then we noticed that the door of the bathroom had been closed from the inside. So we just shot through the door from the outside and then opened it. Inside there was a regime soldier, dying.”

He told the story impassively, as if it were just another of those everyday anecdotes. His nonchalance was maybe a sign of how killing, and taking pleasure in killing, has become ordinary in Syria. “When you are inside, you will not feel anything. Everything is normal,” he said. “From the first time you shoot, after that, your feelings will stop.”

Just a couple of days after that incident, Nabil was the one on the receiving end of the violence. He was with a group of rebels that found themselves encircled by regime troops, and was hit in the arm and the neck by shrapnel from an incoming mortar round. From the house he was recuperating in, in the Turkish border town of Yayladağı, he could hear the ongoing fighting in Syria. He itched to get back to it. “After tomorrow, I will go back to fight,” he said, even though his left arm was still swathed in a bright blue plaster cast. His only dream, he said, was to return to his home in Latakia City. “When I get there I will kiss the sand,” he said. “I never thought that to sleep in my house again would be like a dream.”

The offensive Nabil was fighting in began in the early hours of Friday, March 21, in the town of Kasab in Latakia Province. A coalition of rebel brigades quickly pushed the regime forces out of the town and captured the border crossing with Turkey, before advancing south into the mountains to take Observatory 45, a regime base of vital strategic importance because of its position overlooking the valley and the plain beyond, stretching towards the coast and Latakia City. The rebels Asharq Al-Awsat spoke to in Yayladağı all said that this offensive is the most important moment to date in Syria’s drawn-out civil war. Latakia is President Bashar Al-Assad’s bastion: the homeland of his Alawite sect, the region where the families of many of his top officers come from, and the place where, many believe, he was planning to establish an autonomous Alawite state as the rest of his country slipped away from him.

Now, as the rebels advance towards the city, that plan seems unlikely to become reality, and many within the opposition believe that the president is likely to flee the country if they reach Latakia City. “Damascus is important because it’s the capital, and Aleppo is the economic capital,” said Sheikh Omar, a Syrian from Latakia Province who is working in humanitarian relief and has spent much time in the opposition-held areas. “But the coast is the Alawite region. We know that this will put pressure on the regime.”

Kasab lies just a couple of kilometres away from Yayladaghi, and since the fighting began the Syrian town has come under sustained artillery and air attack from Assad’s forces. The thumps of landing mortar rounds reverberate through the ground on the Turkish side of the border, and the plumes of smoke rising from the forests the regime has set alight in a bid to halt the rebels’ advance are clearly visible. A field hospital near the frontline in Salma was targeted in a MiG attack on the second day of the offensive. “The regime attacks are getting worse,” said Dr Rami Habib. “We sent two ambulances to the village of Eldoura on Thursday—at least ten people were killed in an attack there.”

The rebels know that the fight will not be easy, but they are confident that they can continue to push southwards to Latakia City, even in the face of Assad’s superior heavy weaponry. Rebel sources told us that this offensive is the result of months of planning and co-operation between various opposition factions: Ansar Al-Sham, Ahrar Al-Sham and Jabhat Al-Nusra are fighting together on the frontlines, alongside a variety of smaller Free Syrian Army groups.

Speaking over the phone on Thursday from the frontline in the Latakia countryside, a fighter called Samer told us that the rebels have now captured all of the countryside around Kasab and pushed forward to the village of Nab A’ain. But he also described a campaign of retaliation against Sunni communities in the areas of Latakia that remain under regime control. “In the last few days, the shabiha [pro-Assad militia] have started to shoot on civilians’ houses, and they are arresting the relatives of rebel fighters in the countryside of Latakia,” he said.

There have also been reports from Latakia City of shabiha attacks on Sunni neighborhoods. Speaking via Skype on Friday, a young man called Kareem told us that tensions in the city have risen dramatically since the offensive in Kasab began. “They [the shabiha] have put new checkpoints on every corner and square,” he said. “We want the rebels to continue fighting because they have been struggling for years now, but we are under siege. People are getting arrested and kidnapped every day.”

NGO sources in Latakia estimate that 1,700 civilians have been displaced since the start of the offensive, including up to 500 Armenian Christians from Kasab. It is thought that some have fled to regime held areas of Aleppo City, while others are taking shelter in an Armenian church in Latakia City. There are fears that the conflict in this region could take a bitterly sectarian turn, especially if the rebels push into the Alawite villages closer to Latakia.

“We don’t know what will happen when we reach Latakia,” said Nabil, the young rebel who had taken the dead regime soldier’s phone in Kasab. “It’s not easy to forget all the things that have happened. Nothing can be like it was before.”

But other rebels we spoke to insisted that they are not waging a religious war. “This conflict is not sectarian or ethnic, but the regime was planning to make it like that from the beginning,” said Morad, a Turkmen rebel who was recovering from an injury he had sustained to his ankle in the fighting. “They have committed massacres against the Sunnis, and put the Christians against us. But Assad is ready to let all the Alawites die just to stay president.”