Christian Syrians do not occupy a specific geographic space, despite their reasonable numbers (around 6 to 9 percent of the population) 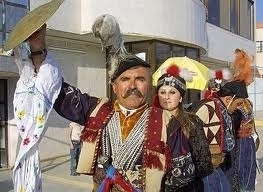 When the modern Syrian state was founded, the demographic-political map divided the country into three statelets: the “Alawite state”, the “Druze state” and the “Syrian union state” which included the two states of “Aleppo” and “Damascus.” This arrangement remained throughout the French mandate period, between 1920 and 1946. Each canton had a specific sectarian majority (Sunni, Alawite, Druze) in different areas across the country.

Those majorities largely remain today, and each sect can become a base in possible options in distributing authority in the future Syrian state. In addition to this, a new political national Kurdish identity was beginning to take shape in the far north of the country.

Christian Syrians, however, do not occupy a specific geographic space, despite their reasonable numbers (around 6 to 9 percent of the population).

Regardless of the consequences of the current situation in Syrian, it is inevitable that a major debate about the future of Syria will erupt soon, including discussion on the relations between civil groups. This debate has been restricted for over half a century, during which time the regime remained stable, both in terms of its shape and essence. But while the regime has stood static, severe transformations have been witnessed across the rest of Syrian society.

Two major shifts have affected civil society over the last 50 years: the first being economic changes, combined with mass rural to urban migration. The second is that power has often been used as a tool to interact with society, and with it, violence and sectarian discrimination, which has often led to groups becoming isolated from each other.

This isolationist tendency has only grown since the beginning of the Syrian revolution, with an increase in violence and reverse migration and we now have cantons with obvious sectarian majorities.

But there has been no internal Syrian debate about what all of this means for any future state, and how this disunion between different groups will play out. Whether in the government or the opposition, no political parties have created the environment for such a discussion on the future of these relationships.

The regime obviously does not approve of any form of opposition, except the pseudo opposition groups it creates itself. Moreover, it wants to turn the current crisis from being a domestic issue into a wider regional, or even international, conflict.

The opposition also does not offer any vision of possible options for the future, for example the distribution of authority among the various groups in society. There is clearly caution in regards to this topic, despite the opposition consistently maintaining that it is committed to a vision of a future democratic state, one built on equality and social justice.

There are many examples of different ways to share power in society from recent years, including in Macedonia, Northern Ireland, Belgium, South Africa and Iraq.

If we look at numbers, the Syrian case resembles the Macedonian to a great extent. In terms of population, 65 percent of citizens hold Macedonian nationality, with 25 percent [ed – what about the other 10 percent?] Albanian or of other nationality.

After an insurgency led by Albanians seeking greater rights and autonomy, which broke out in early 2001, the Ohrid agreement was signed in the August of that year, after the intervention of European Union and NATO troops. The agreement approved Albanian and other national minorities as constitutive nationalities in the country, and gave them wide veto authorities in regards to their vital interests. Albanian was also classified as an official language.

Syrians can benefit from the Macedonian example by approving all minority nationalities as genuine constitutive nationalities, such as Armenians, Syriacs, Kurds and Turkmen. This may help to reduce the nationalistic tendencies among these groups. The languages of these groups should also be listed as official languages, able to participate in the education system and cultural institutions.

The most important aspect of the Macedonian case was the introduction of veto authorities. A lot of Syrians, mainly minorities, are concerned that the Sunni majority will become authoritarian leaders, especially in regards to personal status laws. A new Syrian constitution could give representatives of minority sects veto rights if certain regulations threatened to endanger their own beliefs.

In the Northern Ireland case, the Good Friday agreement, signed in 1998, which ended the conflict between Protestants (approximately 55 percent) and Catholics (45 percent) stipulated that each member in the Irish parliament had to define his affiliation, either as a Unionist, (Protestant) or as a Nationalist (Catholic).

Systems and procedures such as these may provide guarantees for various civil Syrian groups. For example, a new constitution could stipulate that any legislature issued by the parliament should not be rejected by a total majority of the members of two or three provinces, as in some provinces citizens belong to specific sectarian and national minorities and form a majority (Lattakia, Tartous, Sweida, Al-Hasakah).

The Belgian example protects the vital rights for its various ethnic and linguistic groups by assigning each group autonomy in a certain geographic space, in terms of education, language and culture, for example. This is another option for Syria, where a future state could see each civil group being able to make certain decisions for itself, within a certain geographic area.

Perhaps the most useful example for Syrians is the Iraqi concept of “political costume.” In this system, the prime minister is Shiite, the Speaker of Parliament Sunni and the president Kurdish. This strategy can also be applied at different levels of government, or within various institutions.

In terms of government itself, another important step, which would help guarantee equal rights for all citizens, would be the formation of a second parliamentary body, such as a Senate. Each civil group would be equally represented here, regardless of their size in the population. And this body would have power over the most crucial social issues in Syria.