The year 2006 was a turning point on the jihadi scene. In June of that year, one of the most prominent leaders of global “jihad”, Abu Musab al-Zarqawi (Ahmad Fadel al-Khalayleh), was killed 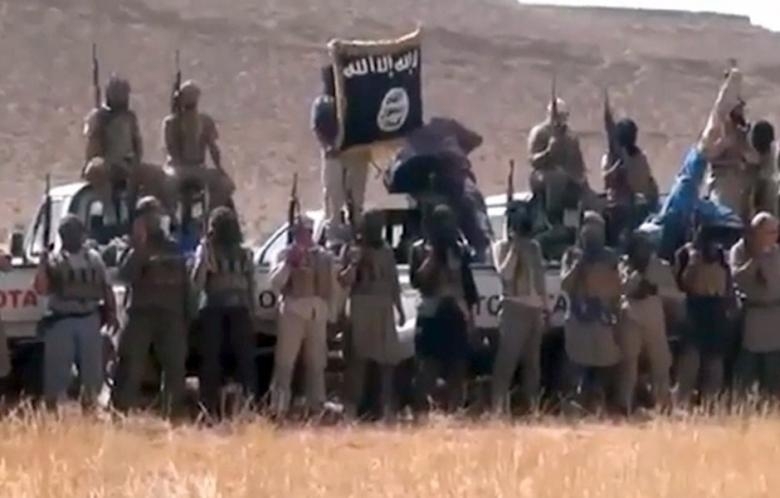 The organization known as the Islamic State in Iraq and Syria (ISIS) is no doubt among those who have benefited the most from the Syrian conflict. Contrary to the impression one might have at first glance, ISIS has lost next to nothing in Syria. Although many fighters from the radical Islamist group have been killed there, and despite the huge amount of money ISIS has spent in Syria – for salaries, arms and ammunition – all facts indicate the war in Syria has been a successful investment for ISIS, one that has helped the al-Qaeda offshoot rebalance its finances, strengthen its combat capabilities, and supplement its ranks with more and more “mujahideen.”

The year 2006 was a turning point on the jihadi scene. In June of that year, one of the most prominent leaders of global “jihad”, Abu Musab al-Zarqawi (Ahmad Fadel al-Khalayleh), was killed.

In December 2005, Zarqawi had called for all armed Sunni groups to rally around one banner, that of the so-called Mujahideen Shura Council. Zarqawi served as the council’s honorary leader, while its actual leader was Abu Abdullah Rashid al-Baghdadi, who would later become known as Abu Omar al-Baghdadi (Hamed Dawood Mohammed Khalil al-Zawi, born in 1959). The council comprised of the Army of the Victorious Sect; Ansar al-Tawhid Brigades; the Islamic Jihad Brigades; Al-Ghurabaa Brigades; Al-Ahwal Brigades; and Jaysh Ahlul Sunnah wal Jamaah.

On 15th October 2006, the Islamic State of Iraq (ISI) was declared, formed out of the merger of the Iraqi Mujahideen Shura Council, Jund al-Sahaba, and Al-Qaeda in Mesopotamia. ISI used the city of Baquba as its “capital,” and Abu Omar al-Baghdadi was declared the emir of the “state.”

Baghdadi, or Zawi, worked in the past in the Iraqi security services, which he left after he embraced the Salafi ideology in 1985, becoming one of its most prominent advocates. In 2010, the “Ministry of Sharia Commissions of the Islamic State of Iraq” broke the news of Baghdadi’s death. The Mujahideen Shura Council subsequently declared Abu Bakr al-Baghdadi as his successor, as emir of the ISI.

Baghdadi found himself at the helm of an organization that was in bad shape. Foreign funding had dried up, and the “war on terror” had become a global priority, with adverse effects on ISI armament and recruitment efforts. In light of this, the Syrian crisis served as a good opportunity to improve things. Indeed, chaos often provides fertile ground for jihadis.

The radical group had good connections, including with intelligence services in the region. According to one jihadi source who spoke to Al-Akhbar, Baghdadi received “encouraging signals from a regional agency in a friendly Sunni Muslim country to enter Syria, and promises of financial support toward this goal.” Although the source stopped short of naming that country, when asked whether it was Saudi Arabia or Qatar, he replied, “It is one of these two.”

The source added that it was Baghdadi’s idea to go into Syria. He said, “[Baghdadi] consulted Zawahiri (leader of al-Qaeda), who saw it as a blessed move.” Baghdadi agreed with his regional backers to enter Syria inconspicuously in the beginning, “at least until the mujahideen became stronger […].” Baghdadi thus had a key role to play (as is now known) in the formation of al-Nusra Front.

The Conflict Between Joulani and Baghdadi

blaze, when Baghdadi, in his now-famous statement, declared the dissolution of al-Nusra Front and its assimilation into ISI, under the new name of ISIS.

According to the jihadi source, the reason for the falling out between Baghdadi and the leader of al-Nusra, Abu Mohammed Joulani, was “purely ideological.” The source said that Baghdadi’s approach was radically different to Joulani’s. The first, he said, believed in the need to declare an Islamic state immediately and install an emir who would be the final authority, and to appoint both Syrian and non-Syrian governors for regions under its control. Baghdadi did not recognize the Sharia Commission set up by other Islamist factions, believing that only ISIS’s laws were valid, and that all other Islamist factions had to pledge allegiance to the emir of ISIS or otherwise be deemed in breach of God’s authority.

Furthermore, Baghdadi did not accept military cooperation except with those factions that pledged allegiance to him, and believed that ISIS preachers alone should sermonize in mosques instead of local clerics. In addition, he wanted all the spoils of war and revenues to go into ISIS’s treasury exclusively.

However, another jihadi source said this disagreement was only an indirect cause for the conflict. He said, “Joulani and Baghdadi were in agreement over the strategies pursued by al-Nusra. Although Baghdadi was not fully convinced by them, he agreed to adopt them temporarily, deferring to Joulani’s assertions that they would be more acceptable to the people of Syria.” Instead, the source added, “the main reason for the dispute was the fact that the backers started dealing directly with Joulani, and funds were cut off from Emir Baghdadi.”

“Joulani betrayed his religion and his emir,” the source proclaimed.

Shortly after Baghdadi’s declaration, ISIS made a strong appearance in Syria, establishing public headquarters, and subduing large areas without much fighting, benefiting from loyal fighters in the ranks of al-Nusra who defected to ISIS. Some estimates suggest that nearly 65 percent ​​of al-Nusra fighters defected to ISIS, mostly non-Syrian and foreign jihadis. Entire battalions joined ISIS as well, including the Mujahideen Shura Council led by Abu al-Athir al-Absi, and the Army of Immigrants and Partisans led by Omar al-Shishani.

The dispute between ISIS and al-Nusra grew in scope, drawing in al-Qaeda itself, which sided with the latter. The row deteriorated into a jihadi “civil war,” with the Islamic Front and most other armed groups in Syria siding with al-Nusra against ISIS.

ISIS made big gains through its involvement in Syria, recruiting thousands of “mujahideen,” both Syrians and foreigners lured in by the prospect of jihad in the Levant. The group was also able to seize very lucrative sources of funding by controlling oil fields (control of which is considered one of the most important factors behind the jihadi civil war).

ISIS currently controls many fields and is battling for control for more fields still. According to al-Nusra sources, one oil well south of Raqqa brings in up to $1.3 million per day, while other fields in and around Raqqa like Zamla, al-Tabaqa, and Kuniko bring in $500,000 per day, in addition to unknown revenues from the Jazal and Shaer oil fields, and al-Jafra (oil and gas).

ISIS also profits from thousands of kidnappings and ransoms involving locals and foreigners, including journalists, as well as robbery and looting, including of archaeological sites and factories. For example, ISIS seized control of large factories in Aleppo, including the government-owned railway and cables factory, a batteries factory, and a tractor factory. In some cases, ISIS dismantled and sold their equipment and machinery. Al-Nusra sources put the resulting revenues at $ 1 million per month.

In addition, ISIS has taken control of grains and cotton production in the eastern regions. For instance, al-Nusra accuses Amer al-Rafdan, one of the most prominent figures in ISIS, of stealing $5 million worth of cotton in Deir al-Zour alone. Meanwhile, al-Nusra sources say that ISIS has earned more than $25 million from al-Alia grain silos in Al-Hasakah.

The conflict in Syria has also allowed ISIS to put its hands on a large arsenal of weaponry, consisting of both weapons seized in combat and weapons purchased directly from arms dealers, who are always willing to sell weapons to just about everyone.

His name is Ibrahim bin Awad bin Ibrahim al-Badri. He was born in Samarra, Iraq, in 1971. Among his nicknames are al-Karrar and Abu Duaa. He graduated from the Islamic University in Baghdad, receiving a master's and doctoral degrees. His affiliation to the Bubadri clan is one of the sources of his strength.

According to statements made by an official at the Iraqi Interior Ministry in December 2012, Baghdadi was previously detained in the Bucca prison in Basra. Baghdadi co-founded many jihadi groups, including Jaysh Ahlul Sunna wal Jamaa. He was named a member of the Mujahidin Shura Council, and was close to Abu Omar al-Baghdadi, the founder of the Islamic State of Iraq whom he succeeded as emir of ISI after Omar’s death, on May 16, 2010.