Until we learn to embrace the true meaning of citizenship, dictatorships and extremism will prevail 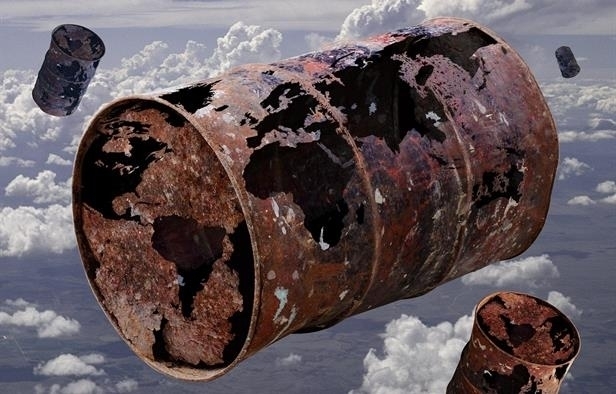 Despite the ongoing political backing of Hamas by Qatar and Turkey, the reality on the ground has changed. GCC States, especially Saudi Arabia and the UAE, have made it very clear that they will not tolerate Qatar’s meddling in Arab affairs without coordination and consent. Meanwhile, it is doubtful that Iran will take Hamas back into its fold given the group’s unwavering support for the rebels in Syria.

That is probably why there is very little Arab support for Hamas – an offshoot of the Muslim Brothers – in today’s Gaza war. The organization is very much aware that it has lost allies and support, and while Israel delivers its standard vastly-superior barrage against Gaza, Hamas seems to be adamant about strengthening its position in cease-fire negotiations. They still believe that they look better than likely alternatives, and are counting on the big international players to believe that as well.

The dismal aftermath of the Arab Spring ought to have made Hamas realize that today Arabs throughout the region have even more limited choices in governance; namely, political Islam and autocracy. The alternative to Mohammad Morsi in Egypt turned out to be a military coup. Dictatorships in Iraq and Syria have given way to an extremely aggressive Islamic State (IS). The alternative to Hamas would be either a radical Islamist group or a very weak and corrupt Palestinian Authority.

But if the Arab Spring has given way to this new delimited reality, it’s because it did not put the individual liberties and personal freedoms that define genuine citizenship at the core of its creed. The general rhetoric of the opposition in most of the Arab Spring countries ignored individual rights and freedoms and marginalized the rights of women and minorities. We have failed to act as citizens, and this is why we find ourselves trapped in the same old conspiracy theory narratives.

Looking at recent developments in Iraq, Syria and Egypt, the takeaway of the past three years of the Arab Spring seems to be more about understanding our shortcomings rather than actually overcoming them. We now know that we are presented with one of two options – freedom or security; never the two in tandem. If anything, recent experiences have taught us that security tends to come in the form of totalitarianism; you either get a military regime or a sectarian ruler, and as long as the individual is not valued, this will always be the formula.

Another lesson we’ve learned is that political Islam has proved an untenable form of governance, and that its real effectiveness is as a popular opposition platform. But these voids continue to open, and the terror of the Islamic State will compel the general public to accept the same old military rulers and dictators while it waits for the West to solve our problems.

The West decided last week that the IS will not be tolerated, and it wasn’t long before the US began striking their positions in Iraq. Both the people and regimes rejoiced in this, imagining there was a better future on the horizon. But is this really good news? Will the decline of political Islam and extremism open up new possibilities for secular and democratic movements in Arab countries?

We’d be foolish to think so. Except for a few activists, who were later sidelined, our uprisings failed to target the core of our problems. The freedom most people sought was political and did not address the meaning of citizenship. Individual and personal freedoms were rarely part of the street or opposition rhetoric.

The endurance of our malaise is not due to the Islamic State, political Islam, or a lack of Western support. The question is not moderate Islam vs. radical Islam. All of these issues, and the increasingly bloody Shiite-Sunni conflict, are the result of a major predicament that defines all of us – Sunnis, Shiites, radicals and moderates. The problem is that we still define democracy in the myopic terms of the ballot box and the right of politicians from various sectarian and political groups to bash each other in the media.

It’s disconcerting when a liberal Egyptian female activist – vehemently opposed to both Morsi and Sisi – goes on to trash the sexual rights of her fellow activists. It is even more upsetting to have a secular Syrian activist – against both Assad and the IS – tell you that now is not the time to bring up women’s rights in Syria.

When is that time? If we are fighting for freedom, then now is the perfect time to fight for freedom for all groups and individuals.

To fight the IS and other radical groups, and to prevent the rise of new autocratic rulers, we need to assume responsibility for the collective failures that have produced all of these awful tyrants and fanatics. Our media and education systems are liable for the monster we helped create. Between the two institutions, the same collective narrative we learned at school – that we are victims of a huge conspiracy and should simply trust our leaders – resounds in an endless social feedback loop. We have no choice but to get in line; if we don’t, there’s going to be real trouble.

That’s exactly why civil society groups, international organizations, local secular activists, and everyone who wants to break out of the viscous circles that control us have no choice but to come together and forcibly change the narrative, starting with the catastrophes in our education and media standards. We need to drop the illusive history of a glorious and borderless Umma from our curriculums and start teaching history as a process of both victories and failures. We need to teach our children how to learn from our mistakes instead of how to master the art of denial.

When our educators and journalists start to understand the significance of individual rights, and admit that we have failed to be citizens, then we can start hoping for freedom, even if it is achieved slowly.

Until then, groups like Hamas, Hezbollah, the Islamic State, autocratic regimes and corrupt rulers, will prevail.