Nusra describes English as the "language of the crusaders" 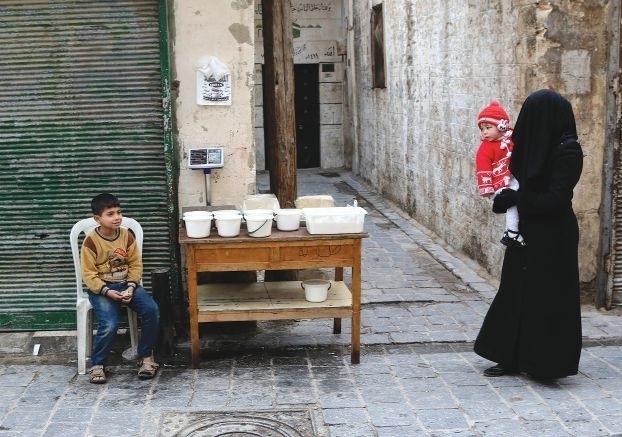 The Islamic State or Iraq and Syria (ISIS) has stopped education at many schools in the Aleppo countryside in the north of Syria until all teachers attend "religion-based courses".

Meanwhile the Nusra Front has closed all language centers that teach English in Idleb countryside, while a group of opposition teachers near Damascus nsisted on keeping the education process going.

The opposition 'Free Teachers Assembly'  declared that the educational process will continue in the south of Damascus regardless the difficulties faced by schools and their staff.

The Syrian Observatory for Human Rights mentioned that ISIS has stopped the education process in many schools in Minbij city in the northeastern Aleppo countryside after it had invited the teachers of these schools to attend religion bases courses before they return to teaching.

The Observatory also mentioned that ISIS, which controls the majority of Deir-wz-Zor in the north east of the country, has closed schools in many towns there in order to "force the teachers to attend religion bases courses, until they have finished preparing new curriculums which replace the current infidel curriculums".

Many ISIS leaders held a meeting last Wednesday in a mosque in al-Mayadeen city in Deir-ez-Zor countryside, with the principals of the schools there, informing them of their decision that "all teachers must attend a one month religion-based course in al-Rawda mosque, until they finish preparing new curriculums to replace the previous infidel curriculums".

Last August, the ISIS office of education Raqqa – the stronghold of the organization in the north east of the country –  announced that there would be a "one week religion based course for the principals and teachers of all the schools there”. ISIS has forbidden teachers from teaching in Raqqa schools until they attended these courses, under the penalty of legal accountability.

In Harem – an area in Idleb countryside – the Nusra Front emir closed 'The Intermediate Institute' which was opened by the Syrian National Coalition because it teaches English, which they described as the "the language of the Crusaders".

The All4Syria website quoted a student saying that the center was closed even though it was the only party that recognizes the secondary school certificates which are issued by schools opened by the Syrian opposition in Syria and Turkey".

AllforSyria also quoted Hiba Ezz Eldine, a Syrian activist, saying that "many students registered in the institute which was opened by the Coalition last year, but on the first school day, we were surprised by the Nusra Front's decision to close some of its divisions".

When the students asked Nusra Front members they responded by saying: "We will only close the divisions which teach English, because it is the language of the Crusaders". Nusra Front pointed out that they will gradually apply their rules.

According to the All4Syria website, dozens of girls and women demonstrated against the Islamic costumes imposed by the Nusra Front weeks ago, and against "the random arrests of many men and young men after being accused of joining the FSA".

The Nusra Front members who had controlled the majority of Harem have insulted many girls because they haven’t worn the Islamic attire imposed by them months ago, and have detained many FSA fighters in Harem and Salqeen’s prisons.

The Smart Network reported that the Nusra Front shot two people in the Yarmouk camp in the south of Damascus on charges of infidelity. It also reported that "two children were killed and eight were wounded after the regime shelled some neighborhoods from Sufian Althawri barracks and Nisrin Street".