Israel’s Channel 10 has quoted an Israeli source admitting Israel’s responsibility for the January 18 attack on a Hezbollah convoy in Quneitra in Syria’s Golan Heights. Israeli Labor Party leader Isaac Herzog was quoted as saying that while he wasn’t in the room when the decision to attack was made, and that he had not […] 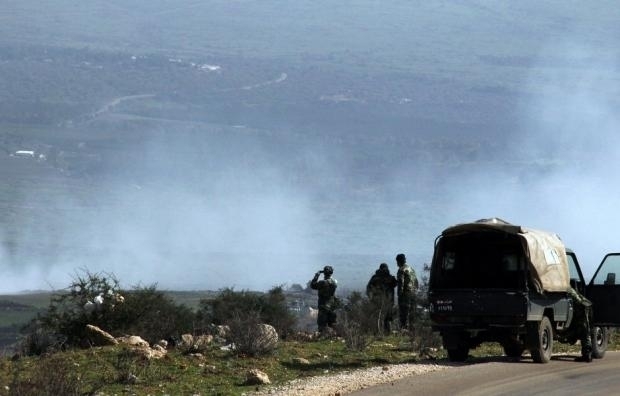 Israel’s Channel 10 has quoted an Israeli source admitting Israel’s responsibility for the January 18 attack on a Hezbollah convoy in Quneitra in Syria’s Golan Heights. Israeli Labor Party leader Isaac Herzog was quoted as saying that while he wasn’t in the room when the decision to attack was made, and that he had not been notified of it in advance, he was briefed on it as opposition leader.

According to press reports, Iranian threats to Israel, and the tension along the border with Hezbollah, have been at the heart of talks between high-level Israeli officials and their counterparts around the world over the past few days. Israel remains on high alert, with widespread concerns among the ranks of its army and settlers. Their appeals for calm, disseminated from Tel Aviv through mediators, including Russia, do not change the fact that Israel — if indeed it wanted calm — carried out an unprovoked attack that is too damaging for the other side to let go without a response.

While Tel Aviv appears desperate for de-escalation, it is flexing its muscles through other channels. For example, Israeli Security Minister Moshe Yaalon has made strongly-worded threats against both the Lebanese and Syrian governments.

In the past two days, Israel demonstrated a strong interest in criticisms of the Resistance voiced by Hezbollah’s opponents within Lebanon, including by officials, as well as like-minded comments in the Arab press.

A number of Israeli commentators attributed this interest to the attempt to reduce concerns among settlers. However, it seems to also be an attempt to exploit anti-Hezbollah opinions, and so dampen the Resistance’s drive to carry out the “inevitable” response to the Quneitra attack.

In this context, The Jerusalem Post argued that Hezbollah was strong enough to ignore the voices criticizing it in Lebanon. However, the newspaper continued, internal tension in Lebanon and criticisms against Hezbollah will influence the decisions of its leadership, which needs calm on the home front to continue its war on jihadi groups in Lebanon and Syria.

On Monday, Tel Aviv’s two-tiered approach to the issue continued, with a mixture of threats and appeals for calm. Yaalon made repeated threats to Lebanon and Syria, if Hezbollah responds to the attack in the Golan, saying anyone who attacks the Zionist state will receive a painful response.

Yaalon said the Israeli army has been reinforced in the north to be prepared to confront any threat, and deployed the Iron Dome system, saying there is no need for anyone to change their daily routines there.

He said: “There is Iron Dome, and we have advanced other forces, so that if someone decides to carry out a threat, he will also pay a price for it. This is not just organizations. The ones who bear responsibility in the north are governments, regimes, and the organizations themselves.”

Yaalon insisted that the timing of the strike had nothing to do with the upcoming elections in Israel.

Regarding statements Reuters attributed last week to a high-level security source in Israel, who said that Israel did not intend to target Iranian general Mohammed Ali Allahdadi, Yaalon said the source was speaking for himself and that this message was corrected.

Yaalon refused to take Israeli responsibility for the attack, but said that the targeted victims were part of the collaboration between Iran and Hezbollah to carry out formidable attacks in the Golan Heights, including infiltrations and rocket attacks.

According to press reports, Iranian threats to Israel, and the tension along the border with Hezbollah, have been at the heart of talks between high-level Israeli officials and their counterparts around the world over the past few days. The reports indicated the talks are meant to avoid escalation and a deteriorating situation in the region.

Hezbollah stressed that Israel, however, “is not in a position that allows it to impose its program and equations”. As part of the Israeli efforts in pursuit of de-escalation, Israeli radio said that Foreign Minister Avigdor Lieberman began an official visit to Russia and China yesterday, thus delivering an indirect message of reassurance to Syria, Iran, and Hezbollah, and stressing Israel's reluctance to escalate the situation. Israeli radio reported that Lieberman would send a message to the three parties, via Russia, to de-escalate the border situation and, at the same time, stress that Tel Aviv refused the presence of a base for “terrorism” along its borders in the Golan.

Israel had raised its level of alarm to the highest level on the border with Lebanon and within the settlements close to the borders, after the Israeli army suspected that a Hezbollah cell had crossed the border fence — the second incident of this kind in a week. Israeli army and police forces closed down the main roads and junctions, and asked the settlers to remain in their homes, as they combed the central stretch of the border, launching flares while searching for the alleged Hezbollah cell. After the search operations concluded, the army lifted the state of emergency, but kept its forces in a state of alert near the border.

Hezbollah has stated that the Quneitra attack targeted Hezbollah specifically, in a “Zionist attempt to impose a new equation on the conflict.” Hezbollah stressed that Israel, however, “is not in a position that allows it to impose its program and equations, and it cannot subject the region to its calculations,” adding that Israel was too weak to draw up new rules.

On the one-week anniversary of the death of martyr Jihad Mughniyeh in Dahiyeh, Deputy Secretary-General of Hezbollah Sheikh Naim Qassem said, “We will be where we should be, without any factor standing in our way. We fully realize what we are doing and who we are confronting. Sacrifices make us more determined. In short, Israel cannot succeed … the compass is clear for Hezbollah; we are a project of resistance against Israeli occupation and we will not deviate from this project. When we confront takfiris in Syria, Lebanon, or any place, we do so as part of confronting the Israeli project … We are proud to have helped topple the project for the new Middle East, because the Syrian gateway was meant to rearrange the entire region on the basis of serving the Israeli project.”

Qassim said that among the “important” results of the Quneitra attack was “Revealing that the mastermind behind the aggression on Syria is Israeli,” and that it also revealed the depth of integration between Israel and the Takfiris.

“We are facing the same project — the American-Israeli-takfiri project.” Qassim also said that Hezbollah Secretary-General Sayyed Hassan Nasrallah would declare the official position of the party “in the coming days,” he said.

This article is an edited translation from the Arabic edition