Through a series of workshops the NGO seeks to build the confidence of disadvantaged youth, including those coping with mental difficulties, and will soon look to help some of the youngest and most vulnerable victims the Syrian conflict 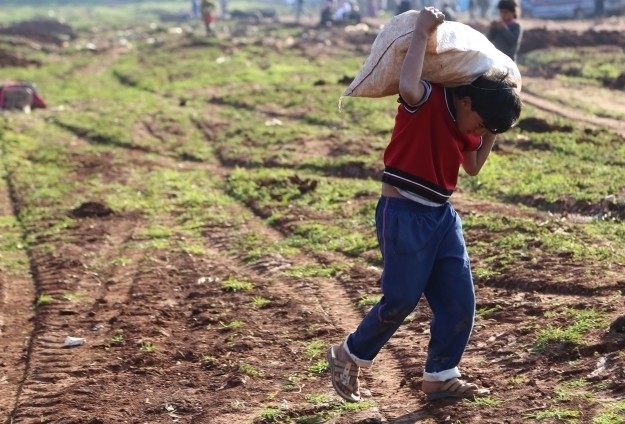 A Turkish NGO is seeking to create opportunities for disadvantaged youth on both sides of the Atlantic, and will soon take on one of its biggest challenges.

Sosyal Ben, Turkish for “Social Me,” works with 10,000 economically disadvantaged youth in Turkey and the U.S., in addition to field projects in Gambia and Cambodia.

Through a series of workshops, the NGO seeks to build the confidence of disadvantaged youth, including those coping with mental difficulties, and will soon look to help some of the youngest and most vulnerable victims of the Syrian conflict.

Ece Ciftci, 21, founded the group seven years ago while in high school.

"Through my school and its opportunities I was aware of my own abilities," said Ciftci who studied sociology in college, adding that she wanted to ensure others had the same opportunities.

Since its inception, SosyalBen has grown beyond Turkey’s borders, and recently hosted an art exhibition in front of the White House.

The exhibit featured photos by and of 20 Turkish students with Downs Syndrome who were tasked with conveying concepts such as “happiness” and “understanding” following a three-week photography workshop.

The photos will be auctioned in New York and Washington in April to support the NGO.

SosyalBen is now seeking to open a series of 10 workshops for Syrian refugee youth aged 7-13 in March and will use the proceeds from the U.S. auctions to help fund the $20,000 project.

The six-month program will offer 400 Syrian primary school students opportunities to mend the psychological scars of the conflict through art, sports and creative writing.

“With art we want to provide a psychological process for them to improve their social abilities,” Ciftci said. “Because we believe that art, music or any social activity is the best way to find yourself and improve children’s self reliance.”

The children, who are part of nearly 4 million Syrians who have been displaced by the Syrian civil war, are currently living in the eastern Turkish cities of Saliurfa, Gaziantep and Hatay.

They have been forced to flee their homes, often leaving behind not only material possessions, but the familiarity of that place as well. They have also lost countless basic childhood experiences in the process.

And though the Syrian conflict, and its human toll, shows no signs of abating anytime soon, the group is seeking to ensure that those most affected are not relegated to the sidelines of society.

“Our aim is to bring up successful and famous artists, musicians or painters from these Syrian students,” Ciftci said.