Years after the country witnessed a series of promising ceasefires, the situation has steadily worsened as violations by regime forces have trapped residents inside their cities; closing crossings, preventing the entry of food, and restricting access to and from affected areas 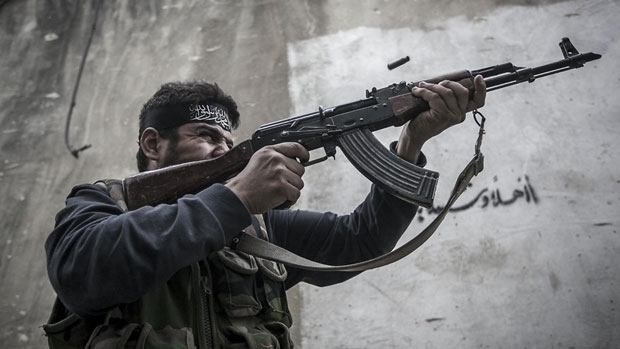 By 2014, regime forces and opposition factions had reached a series of truces in a number of areas around Damascus and its countryside. Today, if we reflect on the current situation in these areas, the truces have clearly failed.

For a year and a half, cities and towns in the countryside of Damascus have survived conditions far removed from those agreed upon by the regime in its deceptive ‘arms for food’ policy.

We can witness the reality of these truces in Damascus as the Assad regime shamelessly breaks all the terms of their agreements; failing to end the siege, stop the bombing or release the detainees.

The first of such truces was reached in Moadamiyat ash-Sham, near the city of Daraya in the countryside of Damascus. Implemented in late 2013, the agreement was seen by many as “the only solution to save the lives of the civilians who remained inside the city", says Mohammed Noor of the Moadamiyat ash-Sham Media Center. Noor explained that nearly two years after the truce was conducted, the situation continues to worsen as violations by regime forces have trapped the city’s residents inside, citing the closure of crossings, preventing the entry of food, as well as preventing access to and from the city.

Regime forces renewed their siege of Moadamiyat ash-Sham in February 2015, after locals demonstrated against the entry of pro-regime television correspondents into the city, raised the flag of the Syrian revolution and called for the release of detainees. Consequently, regime forces banned the entry of food, medicine and fuel to the city, and regularly shelled its neighborhoods, forcing people to relive the horrors of the past siege.

"Since the first day of the truce, Assad's forces have not fully implemented any of the terms of the truce. What happened was just facilitating the entry of people – the only benefit they received was returning to their destroyed homes to be placed under siege again," Danny Qabbani of the Muadamiyat ash-Sham Media Office told al-Souria Net.

Qabbani pointed to the significant deterioration in the living conditions in Muadamiyat ash-Sham after the ceasefire was agreed upon. According to Qabbani, the population of the city during the siege numbered 12,000, but with the return of people during the truce period, the number had later quadrupled under the same siege conditions.

Located to the north of the capital, at-Tal it is now home to around one million displaced people from a number of besieged cities and towns in the region. Although the city has officially observed a ceasefire for the past two years, the regime besieged at-Tal for a second time nearly two weeks ago.

Truces conducted with the regime are often characterized by their fragility, as the siege of at-Tal has shown after it was renewed following the death of an officer in a shootout with Free Syrian Army fighters on the city’s main road.

Commenting on the siege, media activist Ahmed Hassan told al-Souria Net: "This is not the first time the regime has closed the roads leading into the city – whenever something happens in the city, the regime hurries to close the checkpoints and besiege the people."

Hassan notes that the Assad regime has benefited from the truces far more than the civilians have, as they have allowed the Syrian government to dominate the areas beyond its control. Hassan adds that regime forces are currently besieging Zabadani on Syria’s border with Lebanon, while truces are still active in many other opposition-held areas.

Hassan believes the regime will continue to reach truces in other areas, explaining the government may accept a cease-fire initially, but whenever it finds itself ready to violate the truce, it will force new demands in order to achieve new gains.

Close to the heart of Damascus, the 18-month-long truce has failed in the neighborhood of Barzah, which remains partially besieged by the surrounding barriers.

Regime checkpoints have banned the entry of food in commercial quantities to the neighborhood, and people are suffering from high food prices and the shortage of some supplies. The only bakery in the neighborhood was forced to close after the regime refused to allow flour to enter the city.

People are regularly forced to secure their needs from outside the neighborhood, either from the areas of Masaken Barzah or Ish al-Wirwir. Local activists have attributed the siege to regime claims of passing the food to Eastern Ghouta, and around Barzah.

Aya Ibrahim, a resident of Barzah neighborhood, says: "the conditions of the truce are considered much better than the homelessness and displacement residents have experienced in the past, but for those whose sons have died in the detention centers or during the shelling and clashes, the truce has been reached at the expense of the martyrs and detainees. The regime is yet to release the detainees so far, even though this was a key item of the terms of the truce. In actuality, since the first day of the truce, the regime has controlled us.”

In short, Ibrahim adds: “people put salt on the wound and shut up, to stay in their homes away from the shelling, displacement and homelessness".

Truces seen in the countryside of Damascus are worsening, notably in the towns of Qudsaya and Hama, which were besieged by regime forces after Free Syrian Army fighters were accused of abducting a regime fighter in Qudsaya.

The regime’s response to this incident reflects its full readiness to violate any agreement reached with the opposition forces. The siege has since created a food crisis as prices in the region have risen dramatically after a lack of flour forced bakeries to close, along with 70 percent of other shops due to a lack of goods.

Abu Basil ad-Dimashqi, a media activist from Hama, commented on the truce in his district: "The ceasefire in Qudsaya and Hama has been violated by the regime more than five times, and each time, the regime will raise its demands in return for opening the crossings and lifting the siege. With the passage of time, the terms of the truce have changed to suit the regime".

The siege continues after the truces, as people suffer from worsening living conditions, and their children remain in regime prisons. The truces in the southern countryside of Damascus are no different from the fragile truces that are crumbling in other areas, where people are becoming familiar with the sight of siege. But the entry of aid trucks has given residents reason to believe the truce is in their interest, especially after the death of dozens of residents due to starvation.

Left with few options, civilians remain most affected by the regime’s violations as it uses these agreements to control opposition-held areas at any time, taking advantage of people's need and vulnerability.

While some activists consider 2014 to be the "year of truces", others wonder if 2015 will be the “year to end all truces”.