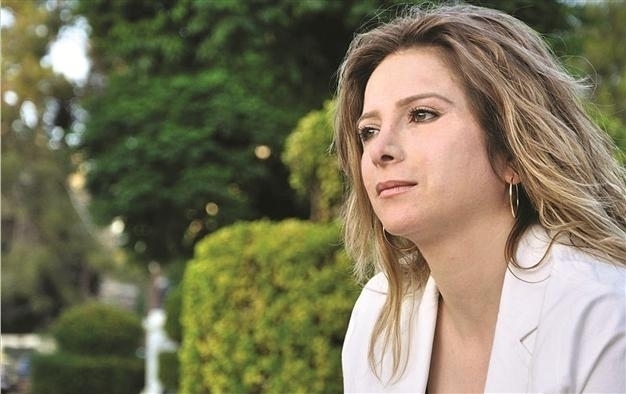 “The world has abandoned us!” This is the tragic message that comes out of Samar Yazbek’s fascinating reportage from what she describes as “the shattered heart of Syria.”

But how accurate is that message?

In a sense, it is wide of the mark.

Syrians have not been abandoned. Their story is all over the place. Millions are taken care of in refugee camps in neighboring countries. The many thousands who manage to arrive on European shores alive and in one piece are stared at in endless television footage. Western leaders make a show of empathy by talking about “the sufferings of the Syrian people.” President Barack Obama draws “red lines,” forms “coalitions,” and, above all, makes finger-pointing “make-no-mistake” speeches around and about them.

Syrians have not been abandoned for other reasons as well.

The Mullahs of Tehran sign checks to finance Bashar al-Assad’s war machine, regularly equipped and upgraded by the neo-Tsarists in Moscow. Mercenaries from various Hezbollah branches, notably Lebanon under Iranian command, pour in to kill Syrians while, at the other end of the spectrum, throat-slitting jihadis from 80 countries have come to indulge in killing sprees of their own.

The world is ready to shed crocodile tears for Syria, organize diplomatic ballets, and make passionate speeches about its sufferings. But it is not willing or able to stop the jets that bomb defenseless towns and villages, often with chemical weapons.

No, the world hasn’t abandoned Syria.

Syrians would have been better off had the world abandoned them rather than using their country as a battlefield by rival powers engaged in a proxy war.

The book’s blurb presents Yazbek as a novelist. However, the book we read is not fiction but excellent journalism. Yazbek has been true to the three golden rules of journalism: “Assume nothing; believe no one; check everything!”

Her skill as a writer of fiction comes in handy in portraying the people she meets and in capturing snippets of life—such as a mother playing hide-and-seek with a pro-Assad sniper in a tower facing her window, or women insistent on going to the hairdresser amid all the mayhem, presumably to thumb their nose at “the butcher Assad.”

The first is that although the Syrian revolution started as a people’s uprising against a despotic regime, it has now splintered into numerous factions with different, often contradictory, agendas. The impression left is that the only thing that a majority of Syrians agree upon is that they want Assad to go.

The second theme is that sectarianism is in the ascendancy. “The Alawites have killed us, and we shall kill them,” a young jihadi emir tells Yazbek in an interview.

“The real danger is no longer the lack of money or even bombing but the takfirists,” says a young man who edits a rebel magazine in Idleb.

“The arrival of Hezbollah and the Iranians was the best help for ISIS [the Islamic State],” says another anti-Assad fighter.

Another “emir” from a supposedly moderate faction unveils a program to offer Christians, whom he calls “Nasara” (Nazarenes), the choice to convert to Islam or pay the jizyah (poll tax) while the Alawites and Druze will be kicked out of Syria.

These neo-sectarians even hate the Muslim Brotherhood, which they claim is corrupted by compromise.

Yazbek records a mass of other observations and anecdotal evidence, such as the sudden appearance of a new kind of niqab (full face veil), known as the khimar, among Syrian women, and special forms of beards among men, as signs of growing sectarianism.

Finally, and perhaps more importantly, Yazbek’s account indicates that reconstituting Syria as a unified nation-state may no longer be possible, at least in the short-term. “Jihadis have no home; their home is their faith,” Yazbek notes. A Syria effectively under occupation by the Russo–Iranian coalition on the one hand and the takfiris on the other means that “one cannot talk of one Syria now.”

A commander in the Free Syrian Army (FSA) puts it thus: “Every little community has become a state in itself.”

Yazbek’s account, covering vast chunks of Syrian territory, depicts scores of towns and villages that have been turned into piles of rubble. Many people, bombed by Assad out of their villages, live in caves. At least half the population has been turned into internally displaced people, refugees in neighboring countries, or mere survivors in their ruined villages.

Yazbek shows children rendered mute as a result of shell-shock and old people dying of hunger and lack of medical attention. A landscape of bombed villages, burnt farms and orchards, charred carcasses of factories, and even “graveyards of tanks and armored vehicles” conjure a Syria that is more scarred than it was after the Mongol invasion in the Middle Ages.

Yazbek claims that all armed groups, including ones she sympathizes with, are engaged in stealing and looting. The takfiris claim that looting is a firm principle of Islam, which they say allows the ghazi (holy warrior) to take booty. In some cases, fatwas authorizing looting operations are issued by sheikhs attached to fighting units. Some foreign jihadis, Chechens for example, come for brief stints of fighting and looting before returning to their homes in Russia with a small fortune. Looting has a major role in financing ISIS, as does the holding of hostages, especially foreign ones, for ransom.

Some fighting groups deliberately prolong battles to get more money from their foreign benefactors, Yazbek reports.

There are some surrealist touches as well. The mobile telephone network is kept in working order, even for anti-Assad groups, because the company that provides it is owned by Rami Makhlouf, a cousin of Bashar al-Assad. The rebel fighters, even the most reactionary, are computer savvy to a fault; they use GPS to target Assad’s forces in battle.

In the midst of all that mayhem there are people who are trying to maintain aspects of ordinary life, including some schooling for children. A project known as the Karam (Generosity) Bus brings books, films, and videos to people living in destroyed villages, often in the teeth of opposition from ISIS.

Yazbek, basing herself on testimonies she collected, makes a number of assertions that merit further investigation. For example, she says that at the start of the revolution, Assad released takfiri prisoners while organizing mass arrests against secular and liberal opponents of the regime. This must have been because Assad wanted to claim that he is fighting not ordinary Syrians who want more freedom but violent Al-Qaeda-type groups.

Yazbek also asserts that the regime organized a series of terrorist attacks against civilians, like explosions in a bazaar in Damascus, to frighten the middle classes into accepting Assad’s “protection” against “Islamist terrorist groups.”

I have to disagree with Yazbek on two points.

The first is her belief that Sufism represents “moderation in Islam” while Salafism transforms religion into a political ideology. The truth is that any use of religion as a vehicle for achieving political power leads to violence. In that context Sufism is no exception; history includes instances of savagery conducted by Sufi rulers.

The second point of disagreement is Yazbek’s assertion that Syria’s salvation is possible only through secularism and Arab nationalism. But doesn’t the Assad regime, indeed the whole Baathist movement, claim to be secular and Arab nationalist?

What Syria needs is not any “-ism” but a plain, even bland, minimum of security and freedom. Real people should not be required to conform to a political system built on an arbitrary abstraction.

Secularism and nationalism are ideological abstractions just like takfirism in the Sunni Muslim world and Khomeinism in Iran. Applied to real people, such abstractions and other “-isms” bring nothing but dictatorship and death.

Yazbek’s final assertion sends the chill up our spine: The only winner in Syria today is death.