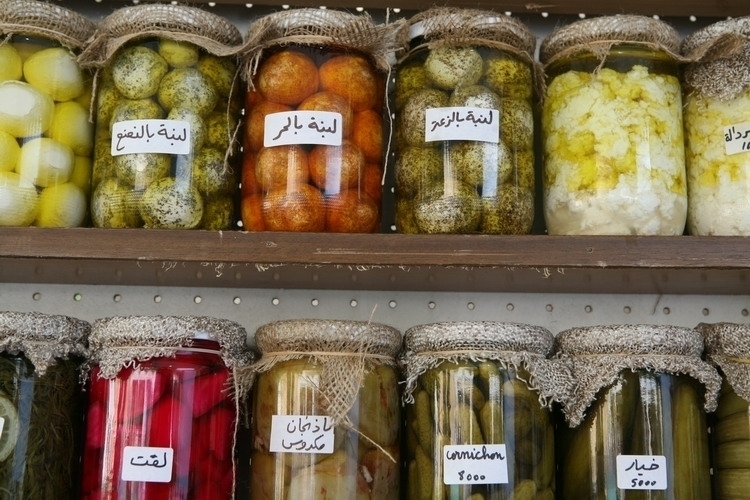 The tradition of making mouneh (dried or preserved seasonal food) has been an essential component to Syrian winter cuisine for centuries. But with an end to the four-year war nowhere in sight, of the 90 percent of families who relied on the preserves during the harsh winter, less than 20 percent can currently can afford to do so.

The cost of mouneh has risen by more than 10 times the usual amount: the preserve can now cost in excess of 200,000 pounds for a family of 10.

Especially in difficult times, like those of war, elderly Syrians have long considered the preparation of mouneh beneficial for health, with some like Om Ali from Talbeseh town in Homs’s countryside claiming the food can have life-preserving qualities. Om Ali added that families have started to divide the stages of processing their mouneh in order to accommodate their already over-stretched budgets.

Abo Ahmed, from the northern countryside of Homs, who begins preparing his own mouneh in mid-summer, explained he considers the custom as important as the house’s roof, especially in war and siege conditions when providing food is not always possible.

Hajah Om Abdul Karim from Rastan, who has prepared her mouneh for more than 40 years, told Zaman al-Wasl: “We begin to work to finish mouneh for me and [the] family and grandchildren, which consists of dairy products like keshkeh, surkeh and cheese, while at harvest time we store grain and bulgur and tomato paste.”

Om Abdul-Karim confirmed that all mouneh has its special unique delicious taste but said that a lack of money and ingredients spoils the joy of making mouneh, as a lack of income and high levels of unemployment have forced many to rely on food provided by aid agencies.

Om Hasan, from Alburj in the northern countryside of Homs, told Zaman al-Wasl: “Before the Syrian revolution, I used to fill the kitchen shelves [with] various types of foods, [which] cost less than 15,000 Syrian pounds, but now it will cost more than 150,000 pounds.”

She confirmed that more than 50 percent of the women in her besieged village are unable to prepare any type of mouneh this season because of widespread poverty, noting that mouneh has been limited to essential foods, like makdous (stuffed eggplant). Cheese and labneh are no longer affordable, she said, as the cost of one piece of makdous is around 70 SYP while the cost of a piece of surkeh cheese costs 100 SYP.

Om Mohammed expressed the importance of mouneh in Syrian life with the old adage: “A home without provisions is like a home without a roof”, especially in these days of war and poverty.