Dozens of secret prisons have been established throughout areas under the control of the regime and their foreign mercenary allies, into which Syrian prisoners are thrown and remain without trial, with many dying from injuries sustained during torture 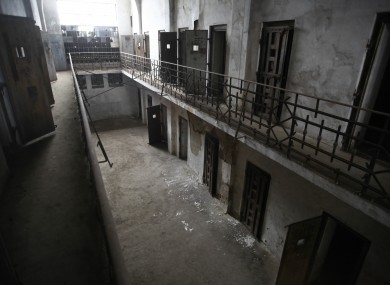 A third round of Geneva talks has stalled amid the opposition delegation’s insistence of a number of preconditions, including the release of thousands of Syrian detainees from the Assad regime’s prisons prior to commencing negotiations. As the fate of many missing people inside Syria is unknown, questions remain as to whether they are being kept in public prisons or secret facilities.

Dozens of secret prisons have been established throughout areas under the control of the regime and their foreign mercenary allies, into which Syrian prisoners are thrown and remain without trial, with many dying from injuries sustained during torture.

Al-Souria Net has learned that the city of Lattakia, one of the largest strongholds for regime forces and its militias, contains numerous secret prisons run by militias — some of which are loyal to the forces of the former head of the National Defense Forces, the late Hilal al-Assad, and others to influential members of the Assad regime — where a range of abuses are carried without proper legal accountability.

In comments to Al-Souria Net, opposition figure and human rights activist Ali Khalil identified the Lattakia Sports City stadium as one such secret prison which has seen the rape and death of hundreds of prisoners, adding that the facility is among the largest and most notorious secret prisons in the province, where residents with ties to the opposition have been subjected to constant arrest.

The Sports City was established after the regime obtained civilian land to build it near the al-Mrouj area near the Cote d’Azur strip with the aim of building an arena to host the Mediterranean Games during the rule of late President Hafez al-Assad in the 1980s.

The Sports City — overseen by the engineer Samer Khaskiyeh following the death of his predecessor Hilal Assad in 2014, who depended directly on Iranian funding — remained public premises until the Syrian revolution erupted in March 2011, when it began its slowly transform into one of the countries most feared secret prisons.

“When the regime targeted the southern al-Raml camp [whose residents rebelled against the regime in 2012], the regime security forcibly transported civilians fleeing the shelling by bus to the Sports City,” Ali explained.

He added that the regime forces withheld information about around 5,000 people placed inside the Sports City, where they live in grim conditions as a result of the detention and restrictions placed on them. Another source familiar with their conditions in the facility noted that detainees demanded to get out in any way possible out of fear for their lives. However, elements of the regime exploited their need for food and medicine, and as such they were exposed to ridicule and mistreatment.

Regime forces and allied mercenary militias transformed the Sports City into a secret prison by fencing it off with a security cordon, creating one of the largest detention centers for the Syrian opposition from which detainees are rarely known to leave alive, says Ali.

Ali explained that prisoners in the Sports City facility face three possible fates: first, to leave the prison after paying a large sum of money to pro-regime shabeeha militants in exchange for their release; second, if the prisoner is poor and confesses through torture to committing “acts they probably didn’t commit”, they are transferred to the military security in Lattakia —although, Ali says, prisoners have recently been transferred to a secret prison in Jebel Qasioun, Damascus, under the control of the leadership of the local National Defense Forces militia branch; third, the prisoner remains in the Sports City indefinitely, especially if they do not have access to funds to pay their own “ransom”, or if security officials find no evidence for sending them to Jebel Qasioun.

One person who recently managed to secure their release from the Sports City facility said that “the biggest thing torturing [detainees] was witnessing the rape of the women. The rate of rape in the Sports City was 95 percent.”

The absence of law permits the implementation of abhorrent conduct inside the secret facility, as prisoners are routinely subjected to torture by prison officials or other militia leaders, like what happened in the incident of Suleiman al-Assad, son of Hilal, who slaughtered a number of prisoners immediately following the death of his father.

Ali says that based on trusted sources, after learning that his father had been killed, Suleiman (who was accustomed to killing, raping, and terrorizing the civilians of Lattakia) entered the Sports City and executed a group of prisoners. Prior to this incident, Suleiman had also carried out torture “unpredictably” against prisoners in the Sports City and the military security branch.

Among other secret prisons in Lattakia are facilities linked to prominent businessman Ayman Jaber in a warehouse along the port, which is said to house hundreds of missing people whose fate remains unknown. Sources told Al-Souria Net that Jaber was in the process of setting up a shopping mall before transforming the building into a secret prison and a location for manufacturing barrel bombs, in addition to his main centers between Jableh and Baniyas al-Sahel.

The centers for the National Defense Forces and the Popular Committees militias in Syria’s main cities, which represent huge holdings, have mostly been confiscated from their owners and also used as secret prisons by these groups.

Ali said that there are other secret prisons like “Karakoon al-Sheikh” prison, located beneath the tomb of Sheikh Hassan al-Maarouf in Damascus, and the notorious Deir Shamil prison run by shabeeha residents of loyalist villages in Hama, and “who have mastered the torture of opposition members from neighboring villages of the city of Hama, and the prisons of the villages of al-Qardaha, which are packed with abductees, along with their cars and families, waiting to deliver ransom to the kidnappers under the eyes and ears of state agencies.”

Ali says the danger of these prisons lies in the fact that “the prisoners inside them mostly have no documentation or registration, and so they are considered disappeared persons and are rarely delivered to any official security branch.”

He added that the regime cannot curb the practices of its militias, especially since it deals with them on the basis of an “exchange of interests” on one hand, and because of its dependency on them as military manpower on the other. This may explain the militias’ great influence in Lattakia and the large number of abuses they carry out in full view of the regime’s agencies.

According to Ali, a new law that permits the establishment of independent security companies to defend businessmen and others will allow these practices to be regularized and widespread. “This only increases the state of unlawful repression which the regime will benefit from to support its practices against civilians.”