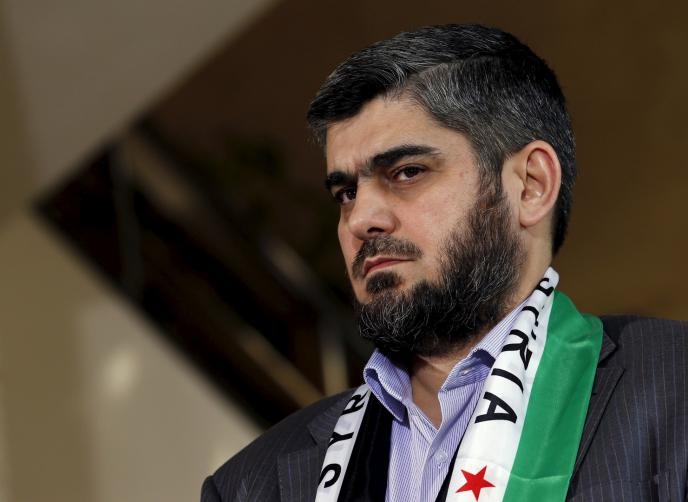 Former chief negotiator of the High Negotiations Committee, Mohammed Alloush, has denied claims that the opposition body attempted to restructure itself, adding that it remains the same and consists of the same members and faction representatives. “What the committee is doing is studying all the available options," he explained.

Speaking by phone to Rozana Radio, Alloush explained that he resigned from his position as chief negotiator to protest against the pressure aiming to send the Committee back to the negotiations table without providing them with the requested humanitarian assurances.

"My personal position was clear. I was late to the negotiations for three days waiting for these measures to be taken, but the international community failed to fulfill what it had previously decided and did arm the people to help them implement the international decisions themselves.”

He added: "Hezbollah blockades Madaya, and is acting worse than Hitler did in World War II. It isn’t impossible for the international community to get Hezbollah out of Syria, but it just doesn't want to, and it is wasting our time."

Alloush revealed details about the meeting he had with Saudi Foreign Minister Adel al-Jubeir and the coordination with Riyadh, Doha and Ankara, confirming: "They do not force their opinions but only give consultations, and we are always free to accept or refuse. These countries respect the decisions of the Syrian opposition."

When asked about the future choices for the Army of Islam and if negotiations have failed or continued for too long, he said: "The Syrians’ choices have never changed, we will be unable to continue long term negotiations because we will be giving the murderer the legitimacy to continue his crimes."

When asked about the likelihood the Army of Islam would enter Damascus, Alloush said: "We will not enter Damascus unless all factions are united, no one from outside Syria would want to liberate it. We need to rethink our strategies."

Alloush said the Army of Islam’s conflict with FSA’s Al-Rahman Legion “Was driven by parties with foreign connections that are seeking to undermine the Army of Islam after it drove the takfiri (hardline Sunni) groups out of Ghouta. They used our mistakes against us." He added that the Army of Islam is currently working on a joint operations room to stop the regime troops advance in some areas.

The former chief negotiator explained that the most important realization he had after the most recent negotiations in Geneva is that not only does the regime refuse a political solution, but fights against it. The regime fell into the trap, he explained, because once it signed the truce, the people went out in demonstration against it, so it returned to bombing civilians.