Maqdisi announced that he is ready to change his stance on ISIS, if this latter changed views on the parties that disagree with it and stopped describing them as apostates 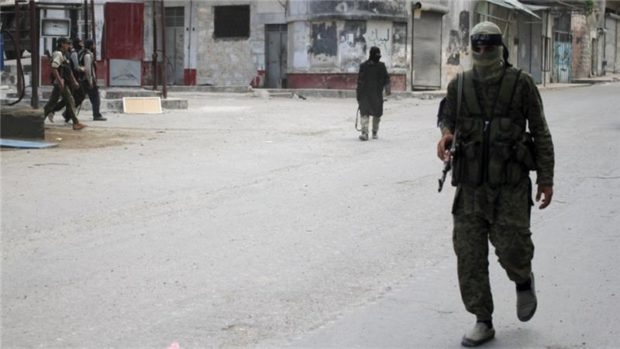 While Nusra Front, affiliated with Al-Qaeda, and some other factions are fighting ISIS near Manbij, ISIS has lost control over it on June 6, facing a Kurdish militia supported by Washington. The latest developments raised arguments on a possible convergence and coordination between ISIS and Al-Qaeda represented by the Nusra Front and other factions.

In March, the radical extremist Abu Muhammad al-Maqdisi addressed a letter that reflected a change in his old stance on ISIS, by refusing the international coalition’s fight against ISIS, and rejecting the approval of some armed factions on this fighting.

In fact, the theoretical approach and the referential similarity between ISIS and Al-Qaeda really exists. The field convergence is always possible, whether before the break up between the parties in May 2013 or after it.

Some will consider this approach or possible unity – which is farfetched till this day – a major disaster for the US and its allies in Syria and Iraq. Bruce Hoffman, from Georgetown University expected this convergence to happen in 2021. Others see that Maqdisi’s letter is no more than an attempt to lighten the tonality against ISIS, and a reconciliation offer, considering the similarity between both parties’ ideologies, references and mutual interests.

In his last letter, we can say that Maqdisi launched its first convergence attempt in theoretical and religious fields by approaching theoreticians of radical extremism and ISIS. In one of his tweets in December 2015, Maqdisi announced that he is ready to change his stance on ISIS, if this latter changed views on the parties that disagree with it and stopped describing them as apostates.

Some observers saw that in his latest letter, Maqdisi has really changed views and overtook the surrounding angry calls for a more restricted position to reform ISIS before any reconciliation.

In the introduction of the letter, the extremist leader announced his refusal for any lining up with the forces of the coalition, the Turkish army, or others against ISIS. He attacked the Free Syrian Army for supporting and guiding the international coalition forces in finding the ISIS sites, and for calling these parties to provide them with arms to combat the state.

In his letter, Maqdisi has stressed three issues:

First: he refused the eradication of ISIS based on many religious hadiths and fatwas from their references.

Second: he stressed on the possibility of their reform and that ISIS is an Islamic organization that should not be fought in coordination with non-Muslim parties.

In his new study, Maqdisi didn’t set new constants. He refused from the beginning the attacks of the International Coalition in Syria since they kicked off in September 2014. In their official position, Nusra Front and Al-Qaeda rejected all coordination and cooperation in any war against ISIS.

These abovementioned developments represent a transitional bypass to Maqdisi’s angry reactions that followed Abu Khaled al-Souri in March 2013, when he also described ISIS as kharijites for burning the Jordanian pilot martyr Muath al-Kasasbeh in February 2015.

We also see that Maqdisi launched a call to reconcile ISIS, saying that some of the organization's members who refuse their kharijite leaders are a chance toward reform, aiming at maintaining a link with ISIS.

However, as part of his approach, based on attack and criticism, Maqdisi followed his study by a short statement published on April 4, in which he said that he didn’t change his position on ISIS.

While ISIS members and leaders have always ignored Maqdisi’s speeches, this latter’s alteration is a strategic step to breach the organization. Yet, this step will not have a sufficient impact to scatter the hostility between both groups, in line with a recent video from al-Zawahiri in which he attacked ISIS and described them as kharijites.

Hence, we repeat that Maqdisi’s position is not new but a clarifying one. His position on the attacks of the international coalition against ISIS is the same, but he also hasn't changed his description of ISIS as kharijites.