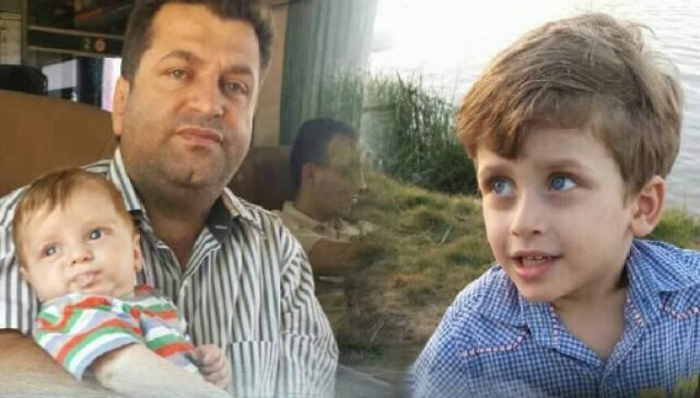 Syrian refugee Abdelrahman al-Hajj has been behind bars in a Moroccan prison since October 2014, separated from his family and children following a court case which he claims was a setup. He says a scam by a Saudi business backer led to an Interpol search warrant for his arrest on charges of breaching trust, despite having no criminal record prior to leaving the Gulf state.

Hajj managed a tourism company for renting cars in 2007 in the Saudi capital Riyadh. As Saudi Arabia, like other Gulf states, depends on a guarantor system for foreigners who wish to start a business, Hajj was forced to register his company and bank account in the name of a Saudi citizen guarantor in order to legally conduct business.

Hajj said the company was running smoothly until one day he was shocked to discover his partner had secretly withdrawn huge sums of money from the business account.

The event forced Hajj to break off the partnership and travel to Syria, only to later discover he was wanted by Interpol after his former partner fabricated a case against him along with the company’s employees, whose guarantees the partner threatened to cancel if they refused to testify against Hajj.

Hajj Ali was forced to leave Syria in 2013, travelling to Algeria and then illegally to Morocco where he applied for asylum with the UNHCR. He settled down with his wife and three children in the city of Kenitra where he opened a restaurant to earn money for his family, only to be surprised once more that he was being pursued for the prior charge of breach of trust.

Moroccan authorities detained Hajj based on the outstanding Interpol arrest warrant, placing him in prison for 21 months and refusing to allow him any legal support. Despite human rights organizations calling for his release, and his case taking center stage in a number of national newspapers, Hajj remains behind bars where he fears he will be deported back to Saudi Arabia.

Hajj revealed the Saudi guarantor threatened to slaughter him in front of security officials, adding that he used every possible means to pressure the Moroccan authorities to expedite Hajj’s deportation.

Moroccan human rights organizations argued Hajj’s case, stating that handing over the Syrian to Saudi Arabia would constitute a breach of international treaties which Morocco is a signatory to.

On May last year, Swiss-based human rights organization Alkaramah Foundation directed an emergency appeal to the UN calling for the need to intervene to demand the Moroccan government takes the necessary measures to cancel the extradition process on the grounds he would be in danger of being subjected to torture if returned.