After a month of power, what it is the new Syrian government thinking about, what are its concerns, and is it on the right track? 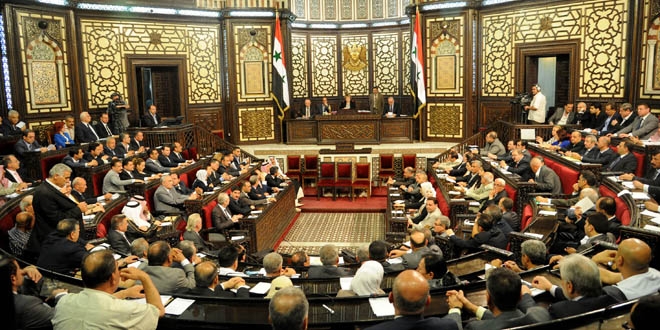 Even though a month is not enough time to judge the performance of a new government, in wartime conditions it seems enough time to know the orientation of this administration — what it is thinking about, what are its concerns, and whether it is on the right track or not.

Two days ago, the government of (Prime Minister) Imad Khamis completed its first month, a month bearing several messages determining its content, the direction of the government, its strategy, and its working programs over the coming period. It can be said that the end of the first month of the new government confirmed that it is going in the right direction, however, the lesson will be in implementation and the outcomes that are achieved. For instance, the government has stressed the priority of local production and launching government and private factories and companies that have stopped work. No one can criticize the utmost importance of this today, however, the ball is in the court of the institutions and companies, and the government bears only a portion of the responsibility in choosing the staff and in its compliance with the standards of competence and skill, and keeping away from nepotistic tendencies.

There are several issues the government isolated over the last month, issues that were previously only for the media to display and for promises and statements unconstrained by time and without a program for implementation. Therefore achieving positive results in these issues gradually will be the biggest message about the seriousness of the current government and its credibility in striving for reforms, corrections, and increasing the components of steadfastness in confronting the war to destroy the economy, services and infrastructure and toppling state institutions one after the other.

The current government is more concerned than at any previous time with periodic review and constant evaluation and continuous follow-up of every issue and implemented steps, and making various approaches to arrive at a realistic and logical evaluation without exaggerations and achievements made only on paper, as was the case with the previous government.