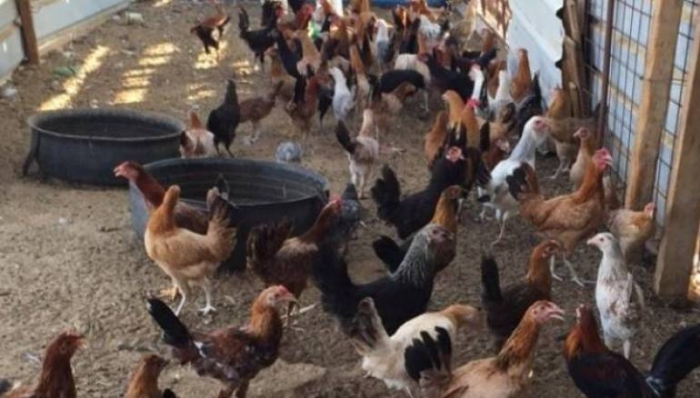 Om Ahmed, a lady in her 50s from the western countryside of Daraa, sells eggs from about 40 hens which she cares for in the garden of her home.

She says that she has had no source of income since the death of her husband and son, in exception for some charitable donations, which are beginning to dry up. “I started my mini project in growing hens to benefit from their eggs and meat to feed my family and cover some basic expenses."

Om Ahmed explained that her project began with 50 chicks, only 40 of which survived, which started giving around 15 eggs a day, which she sells for 50 Syrian pounds (0.25 USD) an egg. She explained that most days she can earn almost 500 pounds, which is enough to cover her basic expenses.

Mohammed, a poultry farmer, explained that the price of two chickens and a rooster can sometimes reach up to 150,000 Syrian pounds, depending on breed, while the price of one egg could range between 800 and 1,000 pounds. A grown chick is often sold for 25,000 pounds.

Mohammed said that despite an increase in the price of eggs and fuel prices, activity in poultry farming is increasing.

Obada, a veterinarian, confirmed that domestic poultry farming in liberated areas has witnessed noticeable increase as it is considered a source of self-sufficiency for some families in the countryside of Daraa. Poultry is a main source of meat and eggs for families, as well as a source of profit, which has witnessed higher demand after a drop in the the amount of eggs entering the region.