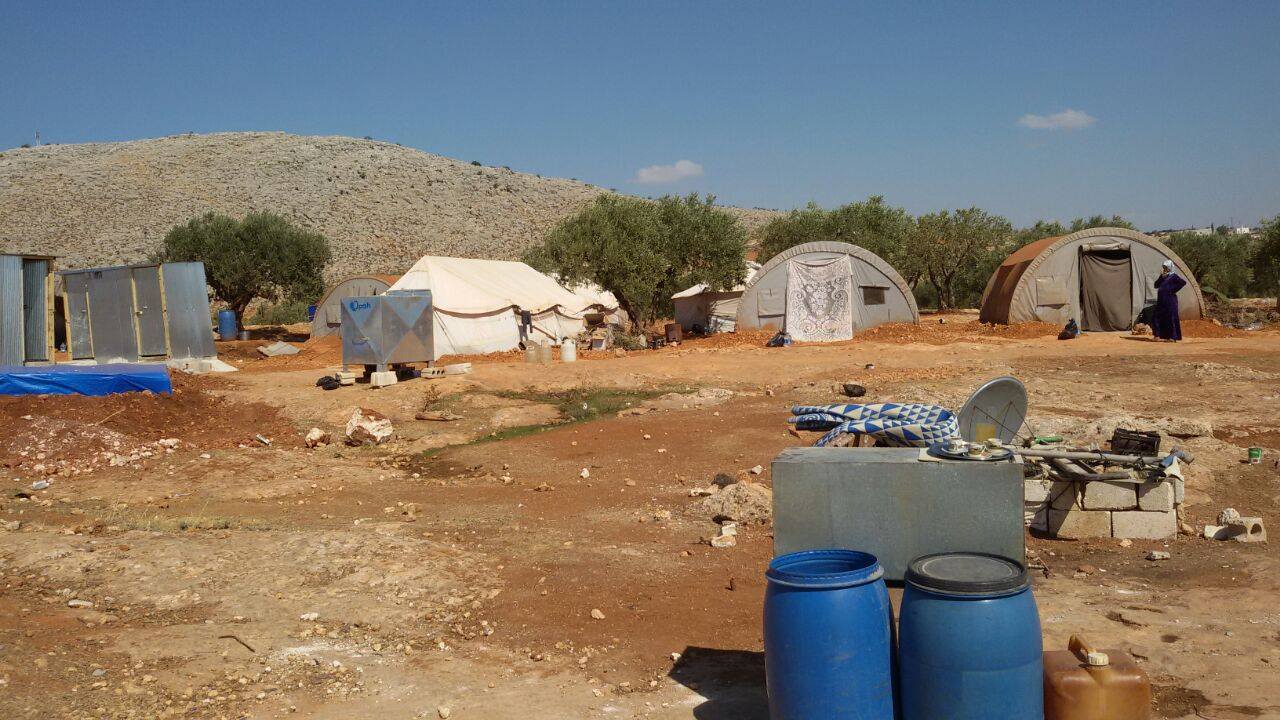 The regional manager of the Syrian general body for refugees, Moayad Shakir, directed a call to all local and foreign aid organizations working to urgently intervene to provide support needed to the residents of the Kulna Sawa camp in Idleb province.

The number of displaced has rapidly increased as people flee Islamic State-held areas in the eastern Aleppo countryside.

Speaking to Iqtissad about the humanitarian situation in Kulna Sawa, Shaker explained that the camp currently hosts 50 families with the number set to increase after Idleb province and its countryside became the first point of migration for internally displaced Syrians.

More people have arrived to the camp as the circle of fighting in northern Syria expands towards ISIS-held areas, pushing hundreds of families to flee on foot to rebel-held areas in Idleb’s countryside.

Shakir added that despite some assistance by humanitarian organizations, the camp – which was established three months ago – lacks many basic necessities including adequate electricity, drinking water, food, and bedding. There is also a lack of education facilities and psycho-social assistance for children and families.

With the approach of winter, camp residents are in need of winter clothing, blankets, heaters and insulation, while some of the housing needs repairing before severe weather conditions hit the area.

Regarding the health conditions of residents, Shakir explained that most of the people living in the camp are elderly, women, children, and medical patients, adding that they can access medical services and treatment in nearby clinics hosted by the Syrian Red Crescent in Maarrat Misrin.